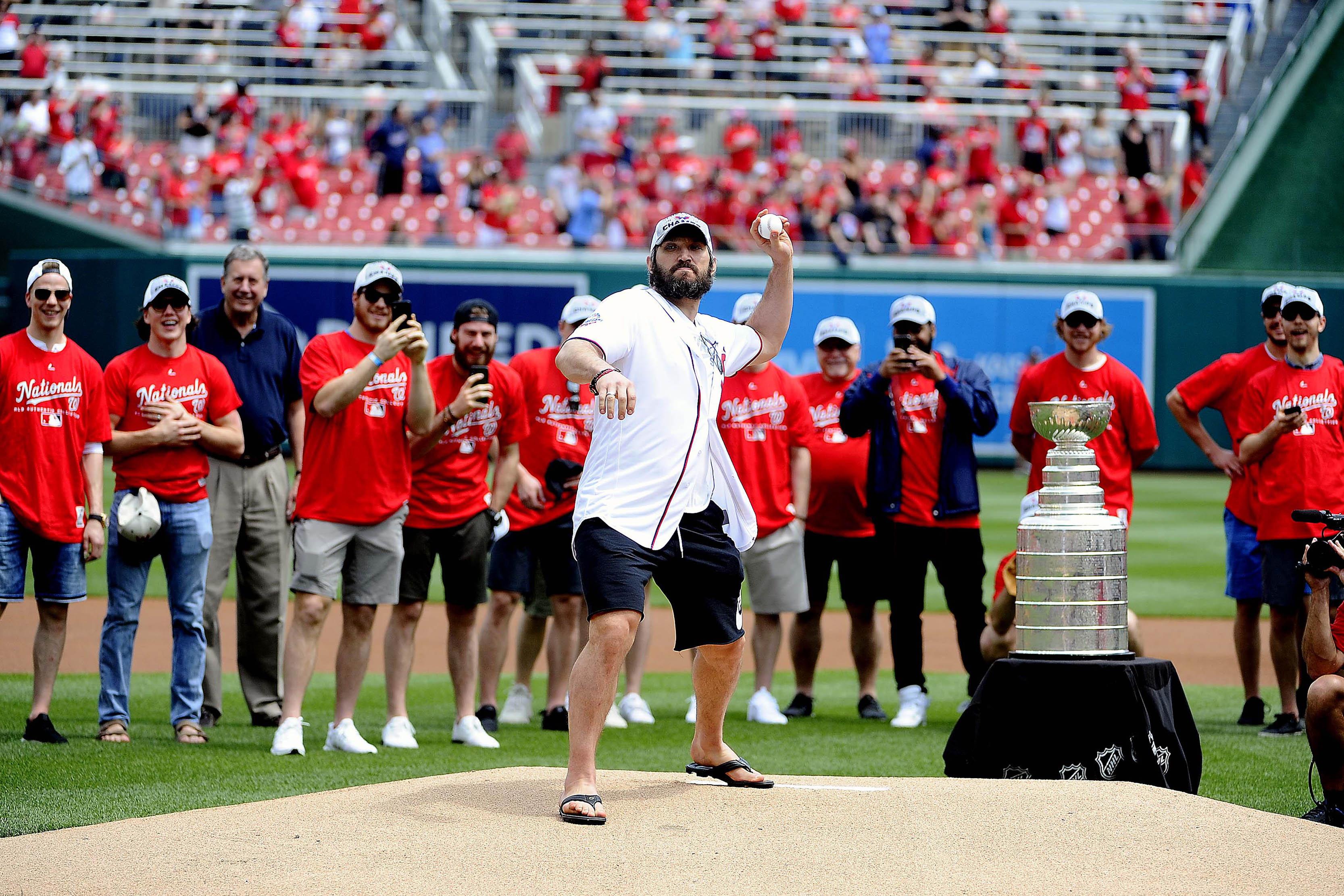 Capitals star Alex Ovechkin truly can do no wrong in the Washington D.C. area right now.

Ovie’s stock is so high that he was awarded the opportunity to throw out a first pitch — twice — before Saturday’s Giants-Nationals game.

His first attempt sailed well over Max Scherzer’s head, so Ovie was awarded a second chance. He asked for another shot, and it was granted. The second throw was a better one.

When you win the Conn Smythe Trophy, you get as many mulligans as you want.#OnePursuit // #ALLCAPS pic.twitter.com/oJ0BfR9P60

If at first you don’t succeed: a Capitals story. pic.twitter.com/b7UuHiSOh0

When you can score goals like he does, throwing a baseball just really doesn’t matter, in the grand scheme of things.