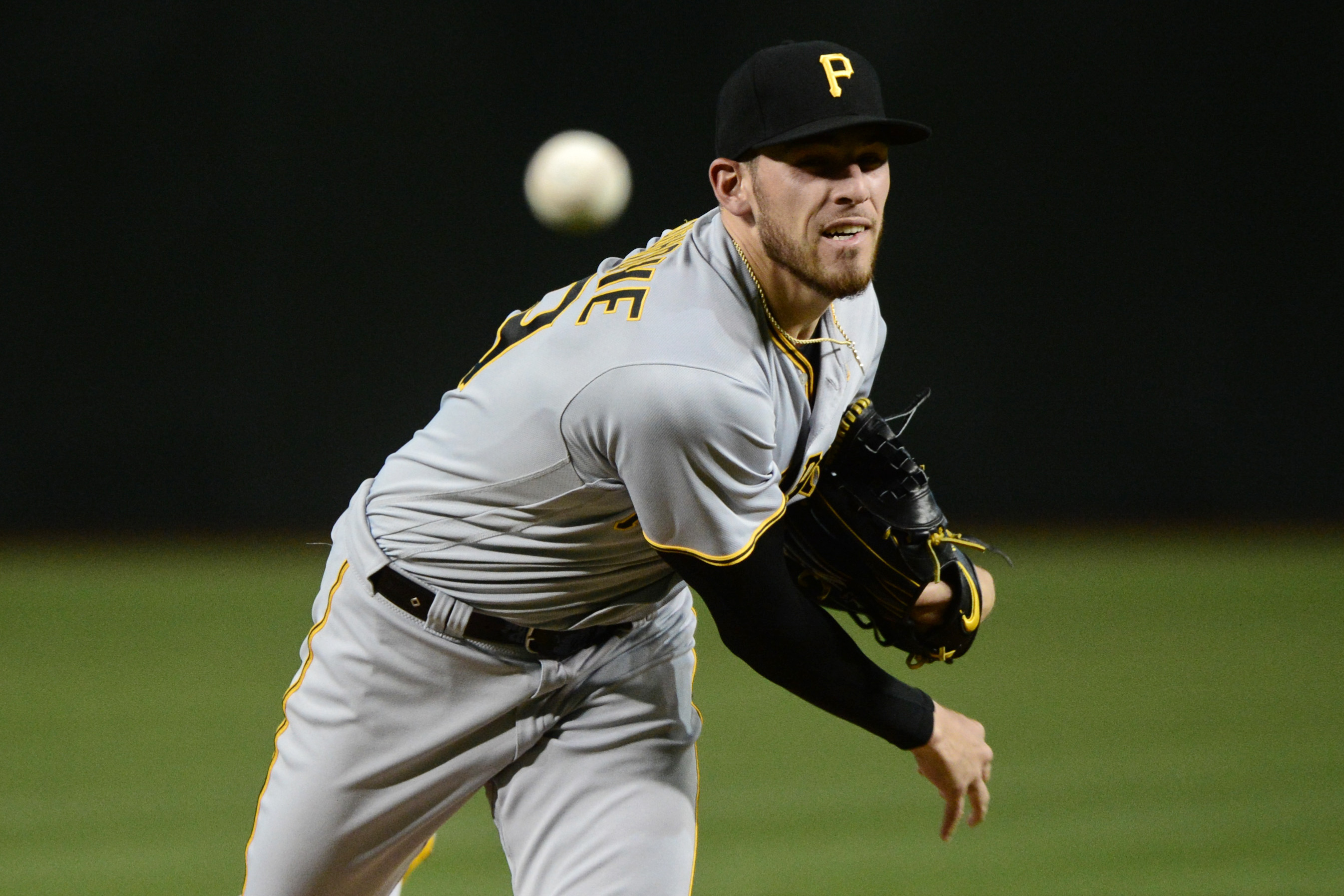 More than ever in baseball right now, there’s a debate going on about how teams and players should approach retribution for perceived violations of the unwritten rules of baseball. It appears the Pittsburgh Pirates are no different.

Essentially, the question is twofold and is posed as such: 1) is there any credence to unwritten rules? Are these expected formalities (that have been created largely by players) helping, hindering, or simply neutral in today’s game of baseball? 2) When an opposing team is said to be in violation of the aforementioned unwritten rule(s), what, if any, is the proper response to the offended team?

Not to paint too broadly, but there are largely two camps, and they can often be divided in a way that’s perhaps a generalization, but does make sense.

The first camp is comprised of former players, or those who have been around the game in some sort of instructional sense for many years. This includes MLB veterans to guys whose careers fizzled out before really gaining traction in professional ball, etc. These guys are often found in favor of honoring unwritten rules, and exacting justice on the offender (often in the form of a ball to the center of the opposition’s back).

The second camp is comprised of people who are often involved in the game, with extensive knowledge, but have not been involved as players. They are often writers and analysts, generally who see the act of beaning a batter as barbaric, unnecessary, and counterproductive to the mission and purity of the game.

Interestingly, just like those arguing on social media and in the office about the proper use of unwritten rules and retribution, the Pirates as a team have seemingly found themselves on both sides of the fence at different times in recent years.

Let’s begin by looking at team hit by pitch statistics. Beginning in 2013, the first year the Pirates remained competitive all season, they led the league in hit by pitch totals per game for the entire season, being the recipient of a ball to the body a total of 88 times that year, which works out to 0.53 times per game.

The narrative remained the same in 2014. It also reached similar totals in 2015, all years in which the Pirates were competitive. In 2016, however, things began to shift. It’s unclear what caused the change. By all accounts, Clint Hurdle was an old-school manager – an eye for an eye. In order to take care of his guys (often Andrew McCutchen in particular), one of your guys was going to take one.

In fact, the Pittsburgh Pirates seemed to garner a reputation around baseball as being rough and gritty… and dirty. If someone on the Pirates got hit, then the other team should expect one of theirs to go down. True, it could’ve been passed off as aggressively pitching inside – after all, that was the Pirates M.O. during those years, but it was obvious what was going on.

But it seemed to be working.

Fans that would’ve otherwise been critical seemed to stay largely quiet, while the opposition, because they often lost to the Pittsburgh Pirates those years, saw the black and gold as dirty and bush league.

Most notably, in recent years, the Pirates have carved out a sort of rivalry with the Cubs and, oddly, the Diamondbacks. On occasion, retaliatory actions might seem necessary by the Pirates to some. For example, take when Pirates pitcher Ernesto Frieri pitched high and tight to Arizona’s Paul Goldschmidt on August 1, 2014. Goldschmidt was hit in the hand, fractured it, and missed the remainder of 2014.

The subsequent night, Diamondbacks’ reliever Randall Delgado was facing Andrew McCutchen in the top of the ninth inning, trailing by four. Delgado threw two sliders down and out of the zone before hitting McCutchen in the center of the back with his third pitch, a 95 mph fastball. This was expected, but the way Arizona went about it was what was so questionable to the Pirates – waiting until the game was getting out of hand, and then throwing two pitches down and out before hitting McCutchen.

This violated the unwritten rules.

But the Pirates didn’t retaliate this time, presumably because the unwritten rules indicated that they were “even,” no matter how either team viewed the opposition’s tactics. The two clubs didn’t meet for the remainder of the season.

There were also times the Pirates seemed to be in the wrong. Take the 2015 Wild Card game against the Chicago Cubs as an example. In the seventh inning of a game that Cubs’ pitcher Jake Arrieta was dominating, Tony Watson hits Arrieta with a 93 mph fastball with two outs in the inning. One argument was that this seemed to be a culmination of frustration with the Pirates, who had an extremely successful season, losing in a winner-take-all one game matchup after having been arguably the best team in baseball that year. The other argument is that Arrieta hit two Pirates’ batters (Francisco Cervelli and Josh Harrison), and retribution needed to be enacted.

Things have since changed in Pittsburgh. Perhaps it’s because of a different coaching environment, maybe its orders from up top, maybe it’s because the Pirates are comprised of so much youth now. But this phenomenon may have gone largely unnoticed had the Pirates not had a recent dustup in a game against the Cubs.

On May 28, Cubs’ first baseman Anthony Rizzo slid hard into Pirates’ catcher Elias Diaz, hoping to break up a double play. Rizzo slid out of his way in order to clip Diaz’s leg. It was heavily debated whether or not the slide was legal and/or dirty (which are different things).

The game was 3-0 at that point, and the slide wasn’t really the cause as to why the Pittsburgh Pirates lost. But it’s another case of unwritten rules rearing their ugly head.

Was what Rizzo did wrong?

Rizzo got another chance at the plate in the ninth inning with Richard Rodriguez on the mound. Many thought if something was going to happen, then it was going to happen there. But it didn’t. Instead, Rizzo singled, driving in a pair, making it a 7-0 ballgame, and that would be the final score.

The dustup that occurred was a case of friendly fire, however. I was watching the closing of the broadcast through MLB Network, which had a camera peering into the Pirates’ dugout. It was nothing over-the-top, and someone who wasn’t paying much attention might not have even noticed. But in the bottom right corner of the screen, it appeared that Pirates’ reserve third/first baseman David Freese was getting into it with third base coach Joey Cora.

That’s when Gregory Polanco intervened, seeing that there was trouble brewing. Perhaps to an outsider, the event was innocuous – the analysts on the MLB Network set glossed over the slight fight, maybe not even noticing it was happening.

It wasn’t evident at the time why the two were bickering. Not long after the game, however, the reason was made public. It was apparently of the belief that the reason Rodriguez didn’t hit Rizzo was because Cora advised against it. In Freese’s mind, that was the incorrect decision.

The Pirates would go on to get some sort of retribution the next day, and in a subsequent series. Cubs’ catcher Willson Contreras was hit twice, and Kris Bryant was hit at a later date – none of which were strikingly or obviously intentional. That leaves the question: were the Pirates actually trying to exact revenge? What was the command from head of ship, Clint Hurdle? It’s hard to say, but it seems his old ways of enacting revenge are falling by the wayside.

What was clear, however, was that Joe Musgrove didn’t feel like the situation was properly handled, going in spikes up to second base as Javy Baez went to make a throw during a double play attempt. The benches cleared, but by the time anyone got there, the two had clearly resolved any negative feelings.

In the June 11 series against Arizona, Musgrove again took matters into his own hands. Teammate Josh Harrison was hit by a pitch up and in, then Austin Meadows was buzzed up around the head. Musgrove promptly hit Chris Owings in the bottom half of the same inning. The Diamondbacks ultimately tied, and eventually won a game that looked to be in the Pirates’ control.

The game of baseball is evolving, and so too, it seems, is the Pirates management style of violations of unwritten rules. Maybe Clint Hurdle has decided that the best form of retribution when a player is “wronged” is to go on and win the game. The Pirates haven’t been doing that either, though.

The tactics of the coaching staff might be changing, but it’s clear that Pirates’ players, at least the veterans (plus Musgrove) have been seeing things differently. They still intend to take matters into their own hands – whether or not that’s right is a different story. One day we might see an end to the strange relationship baseball has with unwritten rules and retribution. At this juncture, I take no side, as there is credence to both arguments.

The Pittsburgh Pirates’ staff might be hitting fewer batters, but they’ve been at the top or close to it in how many times they’ve been hit since 2013. Perhaps this is a case where correlation does not equal causation (I’m sure that’s the case, actually), but maybe that’s the fire these Pirates are missing. Maybe they need to go back to buzzing batters inside and delivering retaliatory acts when they’ve been wronged. Maybe then they’ll start winning some games.

Editor’s note: this piece was written by Brett Barnett, a new writer to PBD. Please check out his previous work at Locked on Pirates.