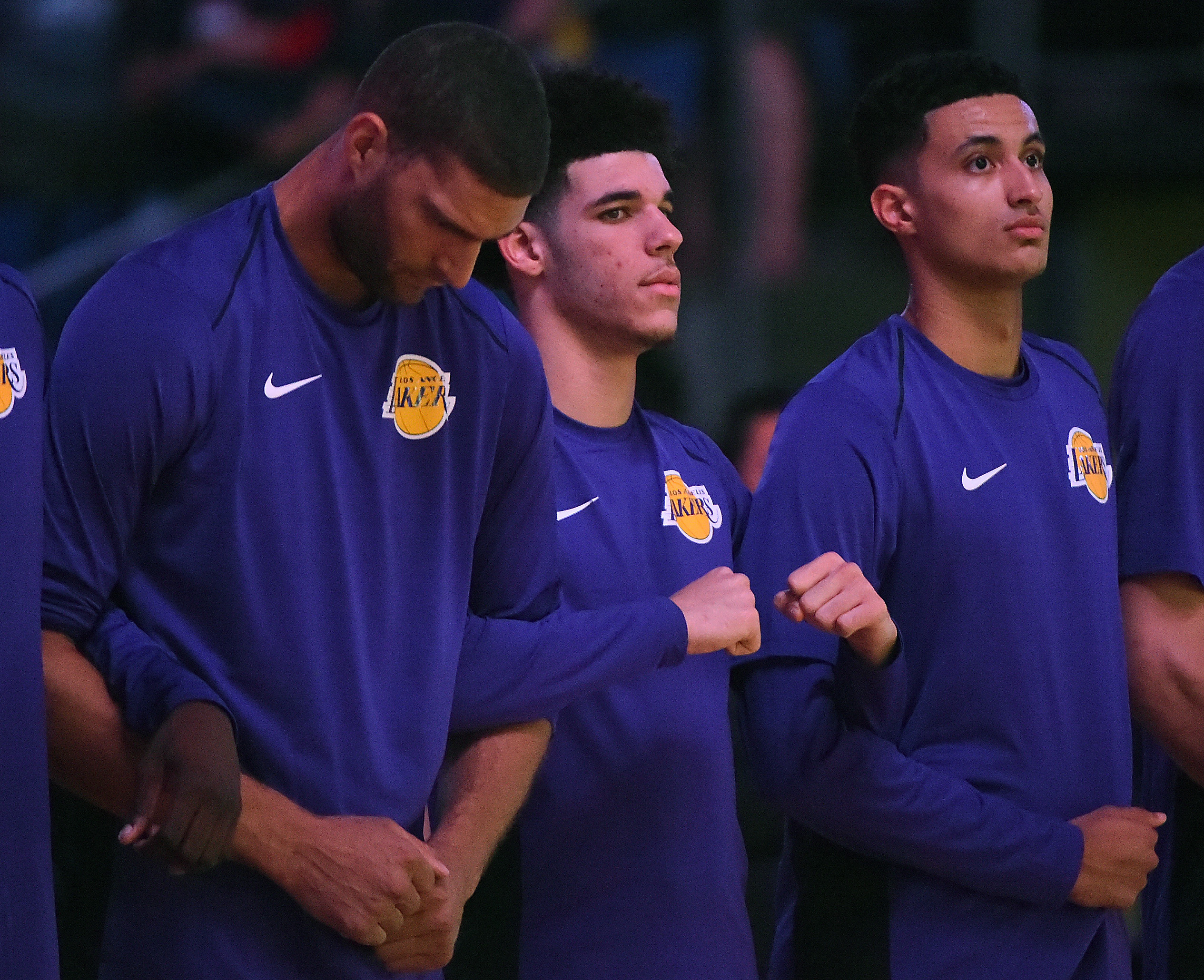 In the last couple of days, Lonzo Ball released a diss track directed at his teammate Kyle Kuzma titled “Kylie Kuzma.” It was unclear whether this was just Lonzo and Kuzma busting each others chops on social media — but it’s apparently too much for the Lakers’ liking now.

EL SEGUNDO, Calif. — The Los Angeles Lakers have spoken to Lonzo Ball and Kyle Kuzma about toning down their social media roasting of each other following a rap diss track that Ball released on Kuzma this week.

Though Kuzma and Ball are close friends, the Lakers had grown concerned about the increasingly personal nature of some of the recent roasting between two of their young stars, sources told ESPN.

The back and forth ribbing went on throughout their rookie season, escalating from tweets and Instagram posts to Kuzma’s recent Bleacher Report “Player Hater of the Year” Award video making jokes at Ball’s expense and Ball’s response with the track titled “Kylie Kuzma” released on Monday.

I can’t imagine this is anything but a joke, but the personal shot is probably what tipped the scale for Magic and Co. Overall, this is the Los Angeles Lakers we are talking about — not some Harlem Globetrotter team who is out there for entertainment. They are there to get paid and win basketball games. With the upcoming importance of free agency surrounding LeBron and Paul George, the current Lakers are really showing their age.