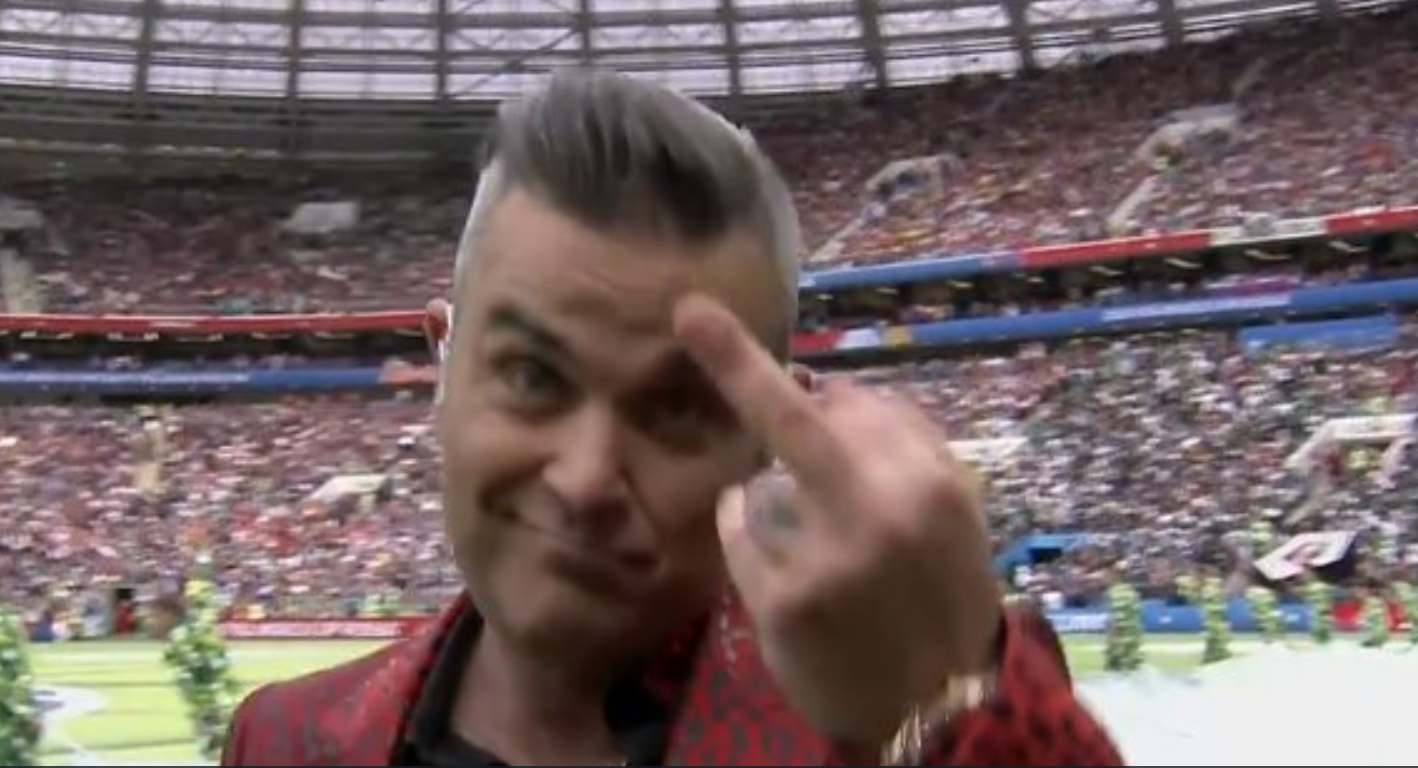 It’s hard to imagine what was going through Robbie Williams’ head during the World Cup opening ceremony.

Williams performed in front of 80,000 fans during the the pregame ceremony at Luzhniki Stadium, and at one point, he flipped them off while performing “Rock DJ.”

Here’s a slightly longer video of the shocking sequence.

Robbie Williams just flipped off the camera on the most watched event in the world 💀😂 pic.twitter.com/vk9ltjSawf

FOX issued a statement through the Hollywood Reporter about the incident to serve as an apology.

“The 2018 FIFA World Cup opening ceremony was a newsworthy event produced by a third party and carried live on FOX. As it was broadcast live, we did not know what would happen during Robbie Williams’ performance and we apologize.”

It’s safe to say no one could have predicted that, and we really wonder what Williams was thinking. Maybe he planned it, or it’s possible that it was a spur-of-the-moment gesture. Either way, it certainly shouldn’t have been part of the opening ceremony.