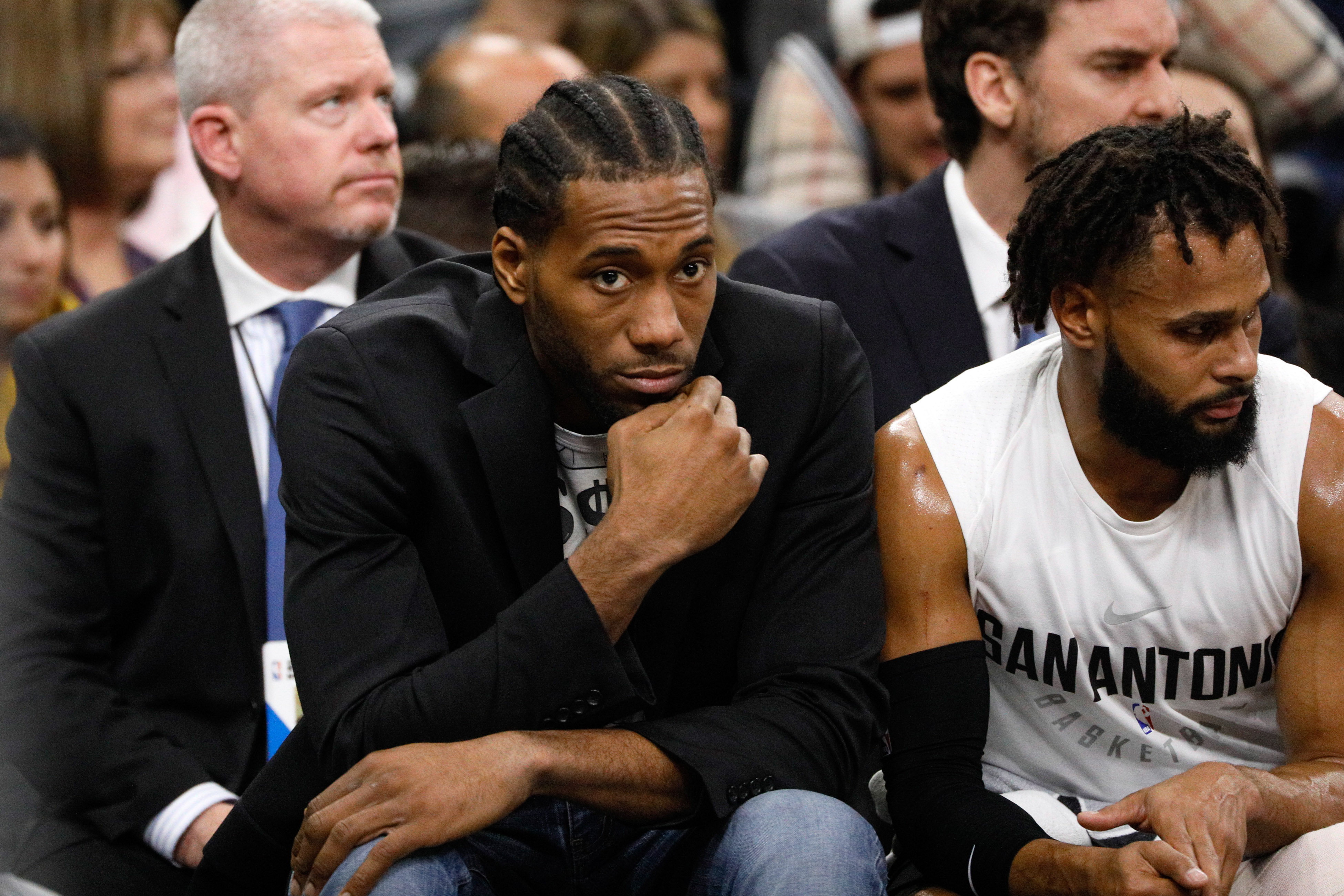 The NBA offseason officially kicked off on Friday, with reports surfacing that superstar Kawhi Leonard wants out of San Antonio and that he prefers to be dealt to the Los Angeles Lakers.

The Phoenix Suns want to explore the chances of trading for Kawhi Leonard reports Kevin O’Connor at The Ringer:

Several league sources told me they anticipate Suns general manager Ryan McDonough to probe a Leonard deal using the no. 1 pick. Phoenix explored Irving trades last summer but was reluctant to deal Josh Jackson, whom they selected with the fourth overall pick. Leonard is better than Irving, so perhaps it’s time for the Suns to strike now, when they’re armed with assets and an opportunity to trade for a transcendent player. There’s also a sense from league sources that the Suns presumed selection of Arizona big man DeAndre Ayton at no. 1 isn’t a guarantee because of the outside possibility that they’ll get a good enough deal to trade down or out of the draft entirely. Now that Leonard reportedly wants out, anything is possible.

The issue here is that for the Suns to match salaries with the Spurs, they would have to trade players like Tyson Chandler and Josh Jackson along with the first overall pick. Personally, I do not see them giving up that big of a package unless Kawhi gives them confirmation that he’ll re-sign and based off of previous reports I doubt Kawhi’s team will give them that.

Both top picks could be potentially on the move now, as the Kings have looked into dealing the second pick in the draft in recent days.