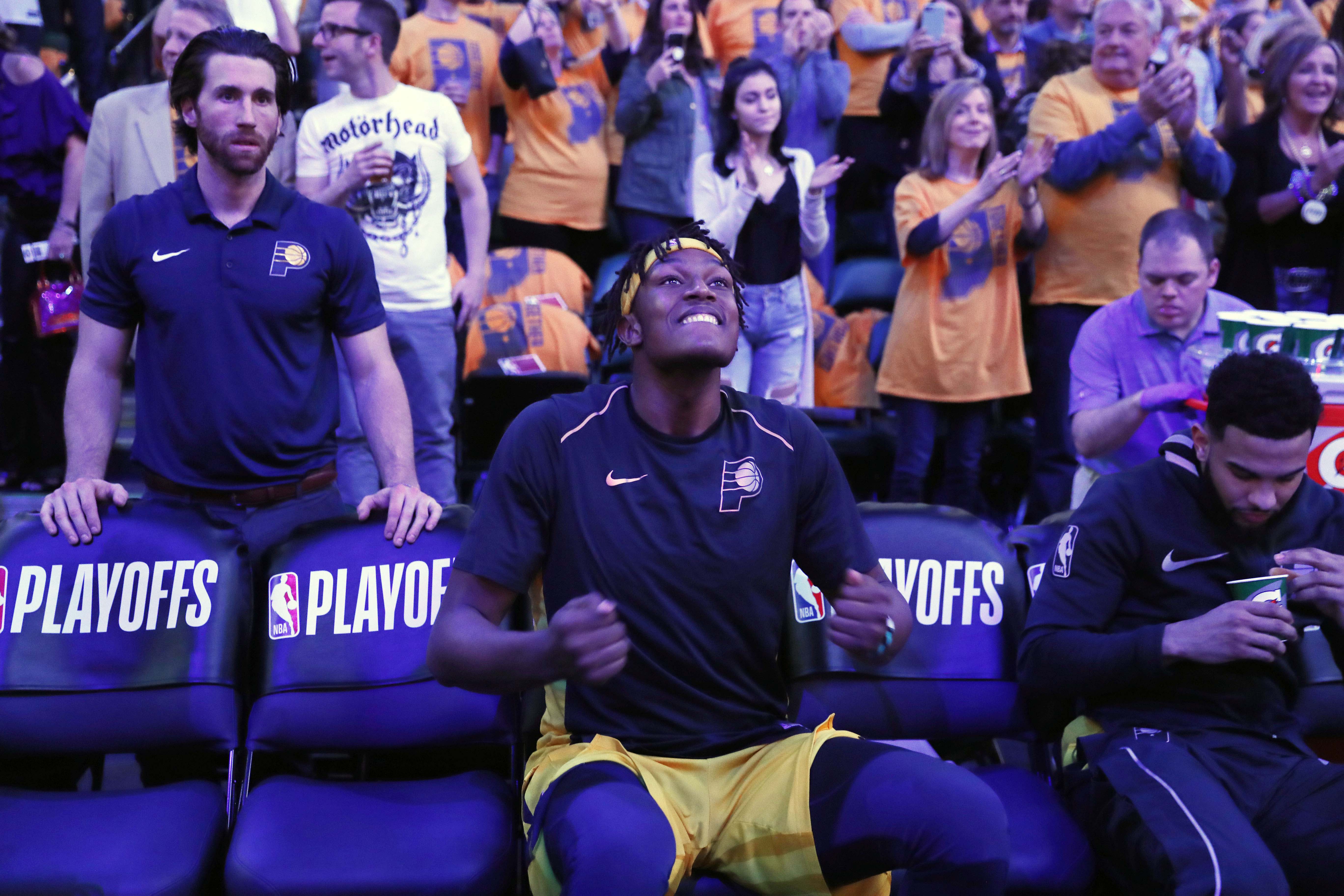 The Pacers’ rebuild seems to be paying off, as they showed the Cavaliers — and the rest of the Eastern Conference — that they mean business in the playoffs.

Indiana gave Cleveland all it could muster in the seven-game series, and the Pacers now appear to be coming into their own.

Myles Turner apparently is as well, as he’s now working on getting ripped. Turner was 243 pounds last season, and it now looks like he’s attempting to turn some of that into lean muscle. Check out this before-and-after photo he recently posted.

5 weeks down, still gotta lot of work to do! #Summer18 pic.twitter.com/CWFM5gPue0

There’s still a long way to go in the offseason, so it will be interesting to see what Turner looks like come October.