Could Jung Ho Kang be on his way to Pittsburgh soon? 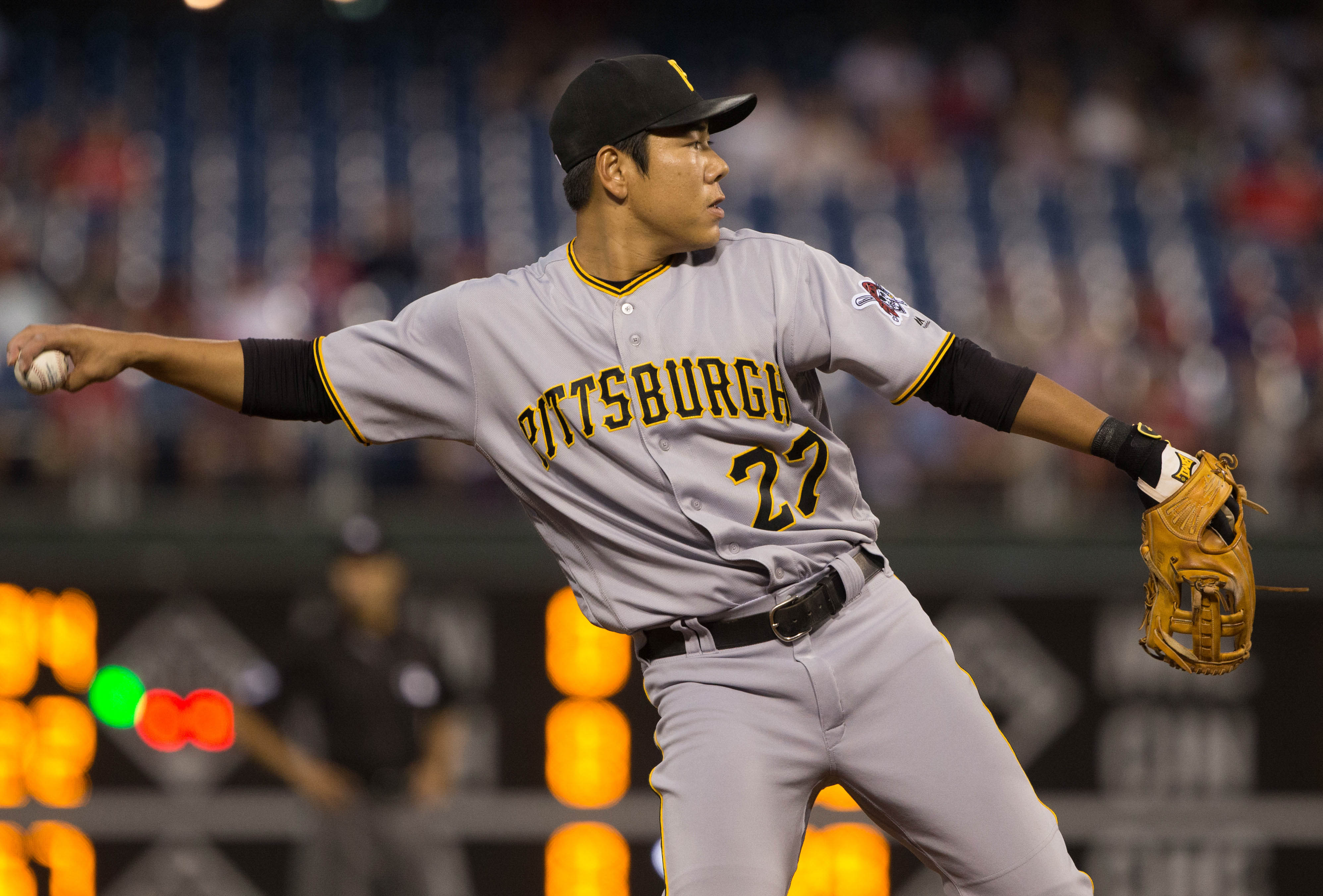 Could Jung Ho Kang be on his way to Pittsburgh soon?

Over the past couple of weeks, we have wondered whet the Pittsburgh Pirates would do with Jung Ho Kang when they deemed him ready for the major leagues.

Could it be we find out that answer sooner, rather than later?

Kang was scratched from the Indianapolis Indians lineup today, leading many to speculate that he could be returning to Pittsburgh very soon.

He is fresh off a three-hit game for Indianapolis last night where he batted third and went 3-for-4 with three RBI, playing third base.

Kang is now batting .269 with four RBI in Triple-A and is six for his last 11 at the plate.

The Pirates reinstated Kang last Friday and placed him back on the 40-man roster so he is eligible to be promoted at any time.

If Kang is promoted soon who goes?

The logical solution would be to DFA Sean Rodriguez since Kang can also play short.

However Rodriguez has a bobblehead night Saturday so I can’t see that move happening before Sunday.

There’s also the option of sending Jose Osuna down or even possibly demoting Austin Meadows.

One of those moves seems more likely than Rodriguez as if Rodriguez goes, there’s no real backup for Josh Harrison at second base, unless Adam Frazier is also recalled.

To mean that leaves Osuna as the odd-man out once again.

Where does Kang play if recalled?

This is a trickier situation as Jordy Mercer has been swinging the bat better as of late and Colin Moran has been doing a decent job as a rookie at third base.

You don’t really want to see Moran have to enter into a platoon with Kang and Mercer isn’t platooning so that likely leaves Kang as purely a bench bat who may make a start at each position during the week.

Of course you can never really be sure what Clint Hurdle is thinking so who knows?

So does Kang come up now?

I have a hard time thinking the Pirates pull the trigger on a Kang call up now after a couple of productive games.

It’s never really been their style to rush anyone to the majors, but this isn’t really a situation which they have dealt with before so maybe they think he is ready.

Ultimately I think Kang will be back in Pittsburgh soon, but probably not in the next couple of days.