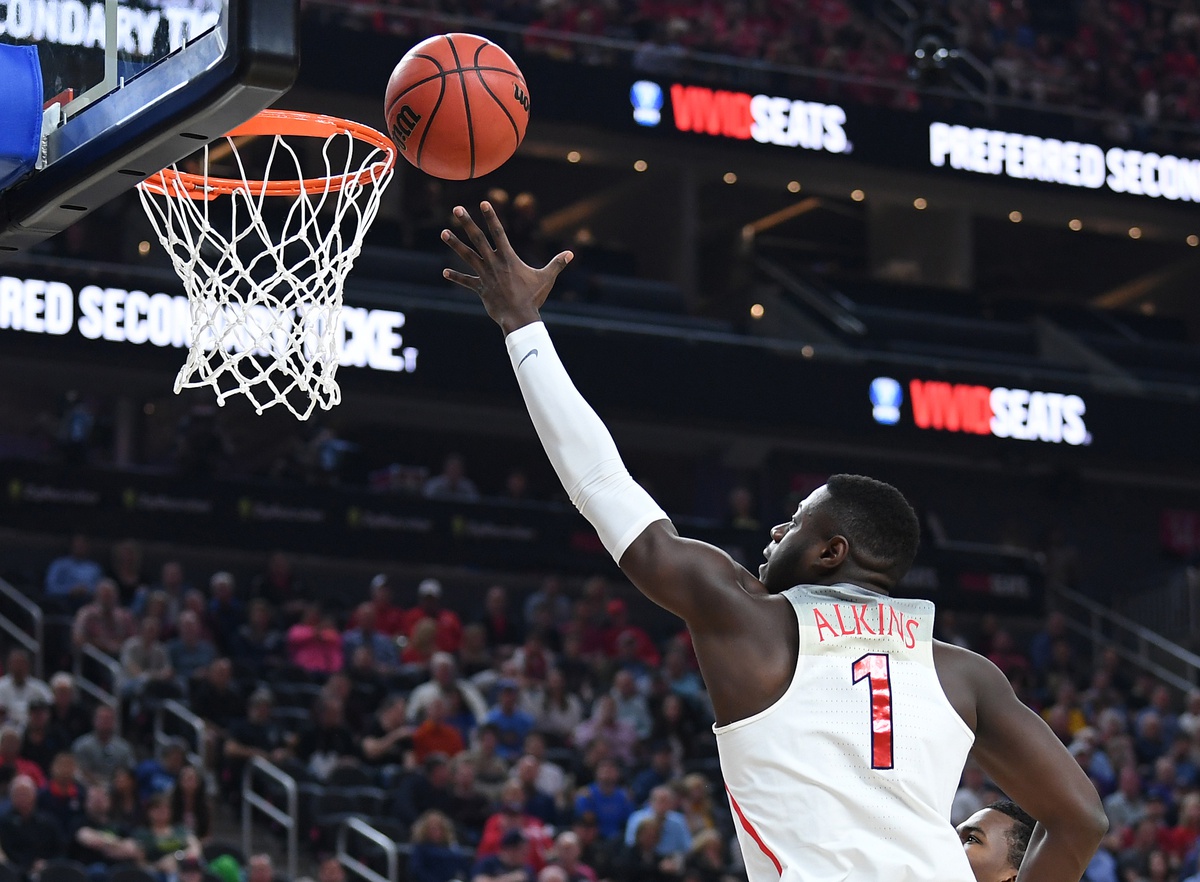 What Rawle lacks in height he makes up for in strength and effort. His motor is always going and he steps up to the challenge, particularly in isolation defense. He uses his strong core and low center of gravity to get into a good defensive stance and cut off space. His on ball defense is arguably the best in this draft class, as he rarely gets caught reaching and defends with his footwork first. His size and length aren’t incredible nor is he super athletic but he consistently compensates for those things with savant instincts, quickness, and explosiveness. Alkins enjoys contact and absorbs it while holding his ground. As great as he is when engaged on the ball I’ve noticed him lose track off the ball. Without focus all of his positive contribution could be wasted with a lost assignment off the ball.

Offensively Alkins is a bit of a question mark. There are flashes of very positive shooting and the stroke mechanics are fluid. The big picture results are less promising as his true shooting percentage is low. Theoretically his shot should translate to similar percentages with the NBA three-point line, as range isn’t his problem. The free throw percentage is low and I’d love to see more efficiency on the jump shot. The logical answer is that Alkins will likely settle in as a catch and shoot wing when playing off the ball. With the ball in his hands he had an alarmingly high turnover rate as a sophomore. When watching him the handle looks smooth and his drive and kick ability keeps defenses honest and allows for some nice finishes at the rack. The range for his offensive outcomes is very wide, which leads me to believe he will settle in as a secondary ball-handler and situational scorer.

There is a huge variance in possible landing spots for a prospect with Alkins’ profile. He’s a definite long term NBA contributor without a real path to becoming an elite starter. Usually players with this profile get picked after all the prospects with high ceilings are off the board and some of the draft-and-stash picks are snagged by teams without the roster space for role players. Which teams would target a stud isolation defender with a bench role available in his rookie season? The teams that make sense to me are drafting early in the second round. After dipping into superstar potential prospects in the lottery, the first six teams in the second round could all use Alkins to absorb some playing time. I know that is a bailout but don’t @ me when you see him go in the 31-37 range to either the Suns, Grizzlies, Hawks, Mavericks, Magic, Kings, or Knicks!