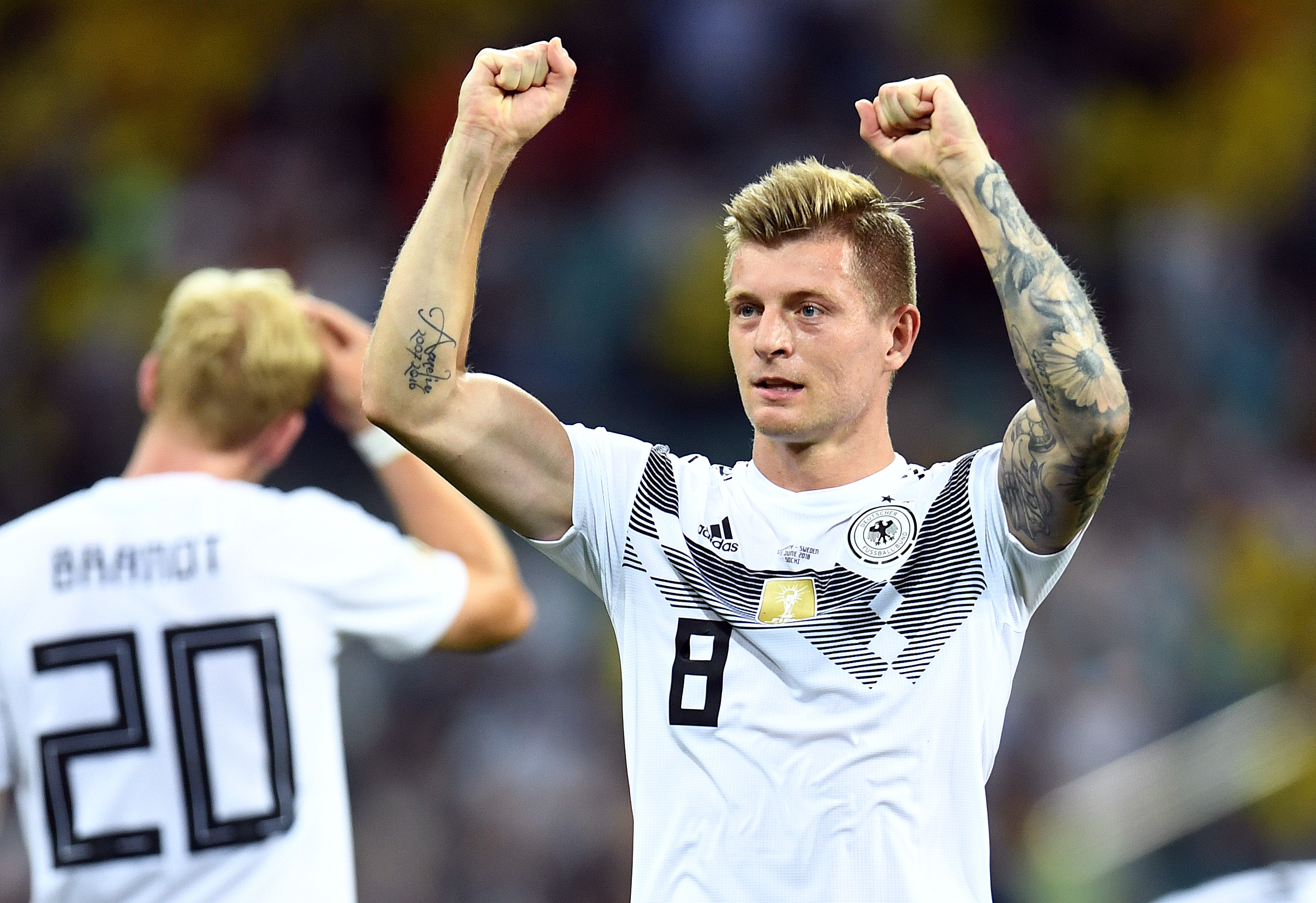 Germany, playing in the Group of Death, found itself looking at an early exit from the World Cup during Saturday’s match against Sweden.

Sweden jumped out to a 1-0 lead, but Germany later tied the match at one goal apiece. However, a second yellow card for Jerome Boateng resulted Germany going down a man in the 82nd minute of the match, and Sweden had a chance to win.

Enter Toni Kroos — the hero of the day.

Germany earned a free kick in the 95th minute of the match, and Kroos blasted it home into the upper-right corner of the goal from a difficult angle. It was a thing of beauty.

What a set piece! What a goal! pic.twitter.com/KA0QkOSWZN

Germany, with the 2-1 win, are right back in the thick of things in Group F.  With the win over Sweden, Germany are now on track to advance to the Round of 16, as it controls its own destiny. A win over South Korea would see them through to the next round.