When should Mitch Keller make it to Pittsburgh? 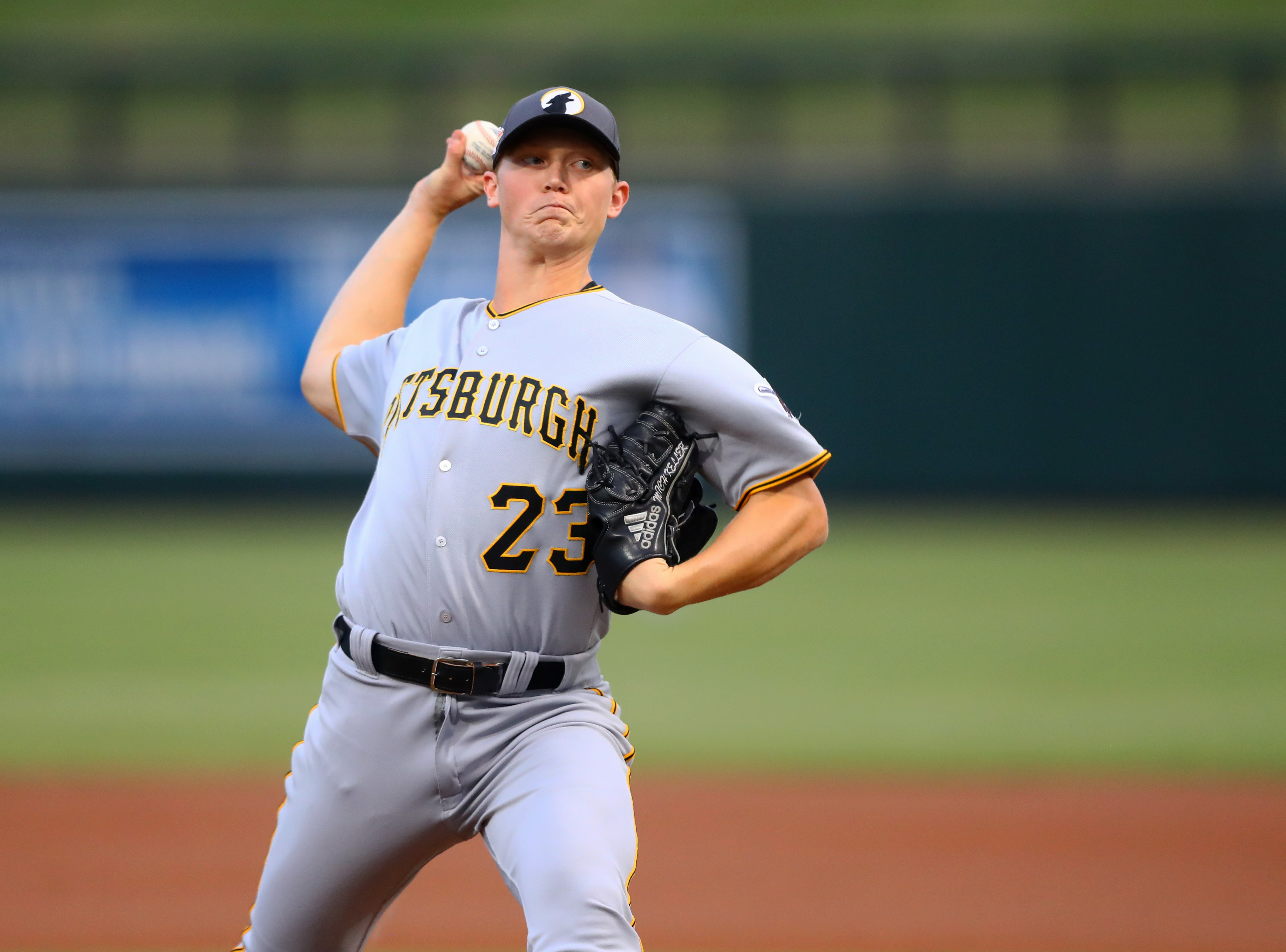 When should Mitch Keller make it to Pittsburgh?

Keller dominated Double-A hitters and if he does the same in Triple-A, you have to wonder how long it will be before he makes his debut in Pittsburgh?

However, Keller has been dominant in his past five starts, allowing just four earned runs, which included eight innings of one-hit ball in his last outing against the Harrisburg Senators Monday night. In that span he went 4-0 with a 1.11 ERA.

This shows exactly how dominant Keller has been since being promoted to Double-A late last season.

Overall Keller held batters to a .206 batting average in Double-A this season.

The 22-year old Keller is MLB Pipeline’s 13th-ranked prospect in all of baseball.

Add all of that up and throw in the confidence that Keller expects to be in the majors soon and it shouldn’t be long for Keller to toe the rubber at PNC Park.

Keller will be taking Nick Kingham’s spot in the Indianapolis rotation so ideally Kingham should stay in Pittsburgh for the rest of the season, but that’s another story for another time.

Typically the Pirates organization doesn’t like to fast track pitcher to the big leagues, so that works against Keller. The fastest they have moved a pitcher through the system in recent memory is Gerrit Cole, but Keller may put pressure on them to promote him to the majors faster.

However no matter how well Keller does in Triple-A, I don’t see him making his MLB debut before next season.

Keller really improved his breaking stuff, especially the changeup in Double-A and the Pirates will give him time in Triple-A to continue to work on that.

For one, the Pirates are likely out of contention and it doesn’t make that much sense to rush Keller to the big leagues for meaningless baseball.

Sure he would gain valuable experience, but they will likely be watching Keller’s innings this season and unless the Pirates go on a heck of a run and get back into things, I don’t see Keller coming up this season.

Could be a September call up, but I also think that seems unlikely as well.

Secondly, the Pirates do have a good problem of having a ton of decent arms right now.

They can’t even find a spot for Kingham in the rotation and you can make a case that he’s been their best pitcher when he’s been up.

Ivan Nova will likely be dealt at the trade deadline, but other than that I don’t see anyone else moving, meaning that general manager Neal Huntington is going to have to find a spot not only for Keller, but Kingham as well.

If not this year then when?

If Huntington moves a pitcher or two to in the offseason to improve elsewhere, Keller could come north with the Pirates next season out of spring training, providing that he stays on track and keeps pitching well.

Super 2 will also come into play as it does in most cases, but the Pirates ignored Super 2 with Austin Meadows so there’s a chance they could do the same with Keller.

However the likely scenario is Keller will start next season in Triple-A and come up after the Super 2 cutoff has passed.

Regardless of when, Mitch Keller will be making his Pirates debut next season sometime, if not sooner.