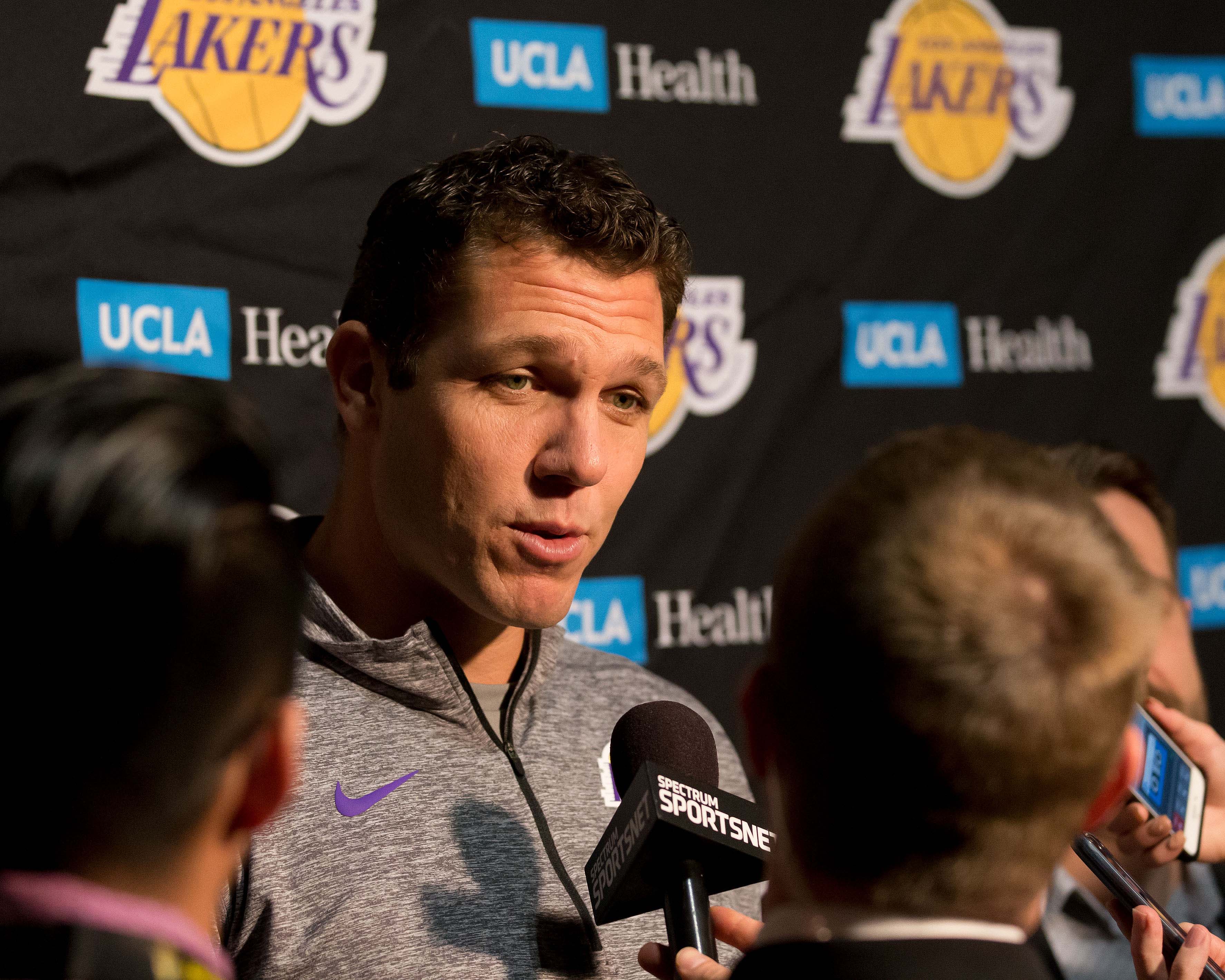 Shortly after the free agency period began, the Los Angeles Lakers landed the biggest fish on the open market with All-Star forward LeBron James choosing to agree to a four-year, $153 million deal.

This has put head coach Luke Walton in his third season with the team in the position of coaching arguably the best player in the league. With that in mind, former Lakers great Kobe Bryant has offered Walton some keen advice about how he should go about coaching the four-time league MVP, according to Ramona Shelburne of ESPN.

Kobe Bryant would tell him that the key to coaching James is to be willing to listen and work with him — but also, as Phil Jackson had done with Bryant, to “know what’s really important to you as a coach” and stick to it.

Like Bryant, the 33-year-old has established himself as a generation talent as one of the greatest players to play in the NBA. This has brought forth a different territory for Walton to coach with James given what he brings to the table that requires a specialized type of coaching style.

It will likely see him go through an adjustment period early on in the process of finding the best method to get through to James and best utilize him through his offensive game plan. However, what should be noted is that he has the first-hand experience of seeing how Phil Jackson coached Bryant allowed him to see what helped make the 18-time All-Star tick on the court.

This is the first time during his tenure with the Lakers that the pressure will be on for Walton to show that he can be the coach that can not only take the franchise to the next level, but also help them lift to compete for an NBA title.