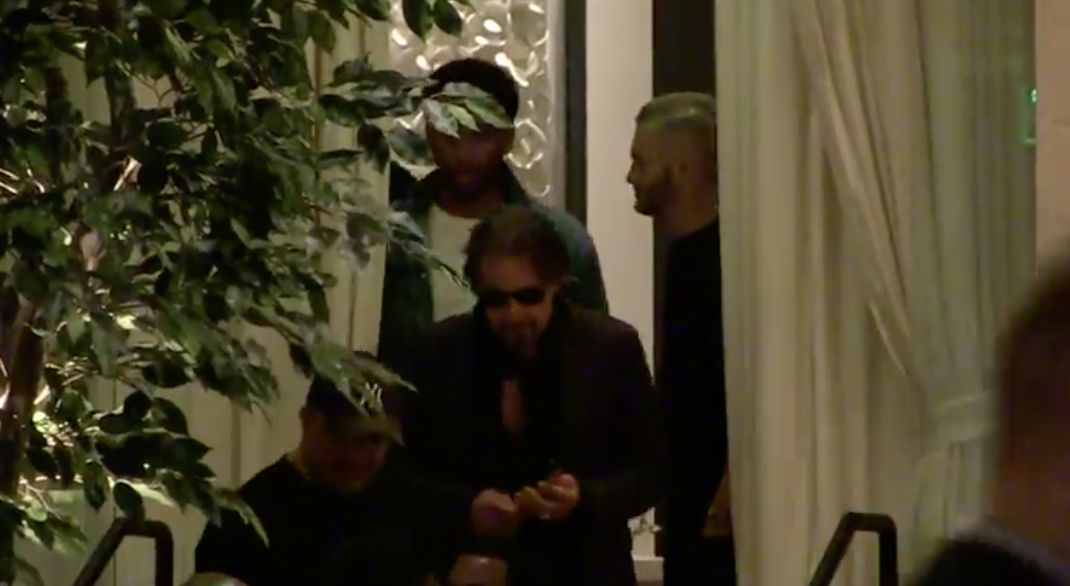 Picture this: LeBron James, Al Pacino and Leonardo DiCaprio all walked into a restaurant. Not only that, they dined together.

We can already picture servers fighting over the right to wait on them, even though we don’t have proof of that Still, we do know that James, DiCaprio and Pacino ate dinner at Avra Beverly Hills on Wednesday night, according to TMZ Sports.

DiCaprio is known to be a huge Lakers fan, so he’s likely pumped about James taking his talents to Los Angeles. As for what was talked about, we’re not sure, but we do have video of the dinner meeting, which Maverick Carter attended as well. The video shows DiCaprio essentially setting a screen for the other two — as he went out the front, while the others left through the back exit. Well played.

Any guesses as to what the topics of discussion were?