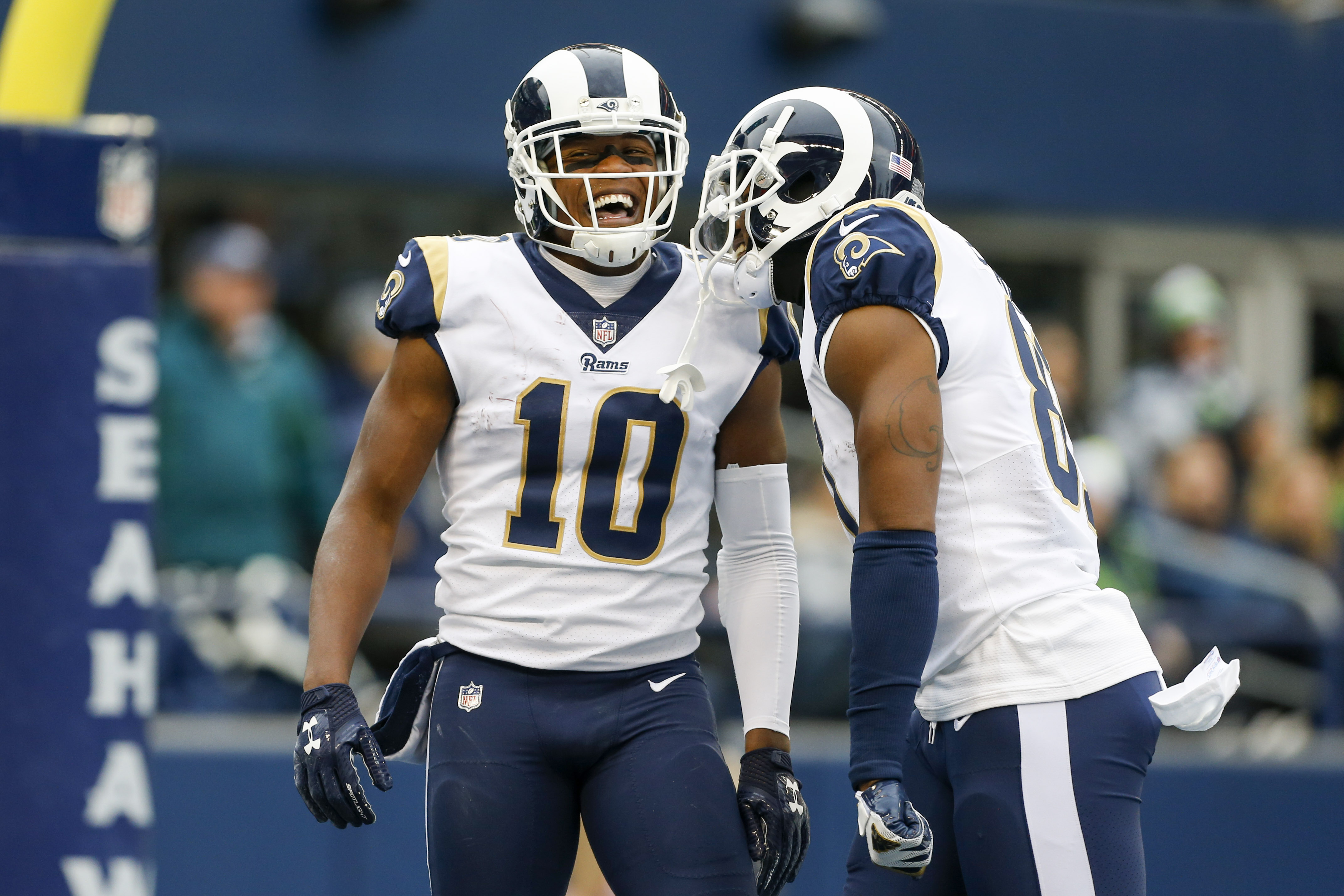 With the Madden NFL 19 ratings freshly released, it’s time to scrutinize. After years of being the end of a joke in the community, the Rams are now one of the most powerful rosters to use out of the box.

Players like Todd Gurley and Ndamukong Suh have climbed the ranks again while Jared Goff and John Johnson III made great leaps after successful campaigns last season. But the roster isn’t without its questions.

Here are the five players you should expect a tuneup sometime this season but haven’t seen their due just yet.

P – Johnny Hekker (86 OVR)
Ranked as the top punter in the game, there’s not much to complain. He checks in with the highest kick accuracy rating (97) and his equally impressive power rating only trails Marquette King and Tress Way. The real complaint is how punters are ranked in general.

EA’s ranking formula for punters comes crashing down on secondary attributes like throwing abilities and athleticism ratings. Against the rest of the punting pack, Hekker is an absolute monster with a position-best 64 throw power and 65 throw accuracy short rating. Those ratings compete with a few backup QBs. Why Hekker is punished despite being at the top of his class is a crime.

Remember, he might be the most valuable player in the league. He’s the Aaron Donald of punters right now.

Other positions don’t have the same issue, with players like Donald rightfully receiving a 99 OVR rating but still having sub-99 stats.

Anyone missing Trumaine Johnson before the season should be pleased with the Rams cornerback selection now. After waving his contract obligations goodbye, the L.A. replaced him with Aqib Talib and Marcus Peters. The former stands with the 11th-best overall rating at corner (89). Peters is just a bit behind at 87 OVR.

He should arguably rank right alongside his new teammate.

Looking at Peters’ raw stats, he appears to be on a steady decline. As a rookie in 2015, he led the league with eight interceptions and two touchdown returns. The following season, his interceptions dropped to six and his passes defended fell from 26 to 20. Last season, he had just five interceptions and nine passes batted.

Since 2015, no defender has allowed a lower passer rating in their coverage than Marcus Peters. pic.twitter.com/7jcjrYUvOn

But quarterbacks are just now learning to avoid throwing his direction. Pro Football Focus ranked him as the 17th most efficient corner last season (Talib was 15th). He’s mostly being punished as a liability against the run game but his zone coverage rating seems a bit low, as does his 63 hit power after forcing a career-best three fumbles last season.

MLB – Mark Barron (77 OVR)
Barron’s rating may be affected by his lingering injury, so his rating is bound to improve over the season. But another theory is as a hybrid player, Madden hasn’t learned how to reflect him in proper.

Plugged into Madden 18’s roster, Barron sits at a 76 OVR. So EA has improved the formula a bit this season. But place him in at his natural strong safety and his rating hikes to 86 OVR. His rating should be closer to that mark, especially since he’s ranked below the likes of rookies Roquan Smith and Tremaine Edwards.

Barron may have been an occasional liability while adjusting to Wade Phillips’ 3-4 defense, but his raw athleticism makes him an extremely useful in specialized packages (both in reality and virtually). His rating should reflect his specialization more.

WR – Pharoh Cooper (65 OVR)
As a pure receiver rating, Cooper’s rating is about right. At least, he hasn’t been given enough opportunity to prove otherwise. He had just 19 targets last season, hauling in 11 for 84 yards. But in another season in Sean McVay’s offense, there’s surely room for last season’s All-Pro kick returner to explore the space.

Though the return rating doesn’t play into the rating much, Cooper’s 81 return rating is far too low. His 78 spin move and 82 ball carrier vision scores don’t help, either. As someone that led the league in yards per return with his agility and vision more over his jets, his stock is a bit low.