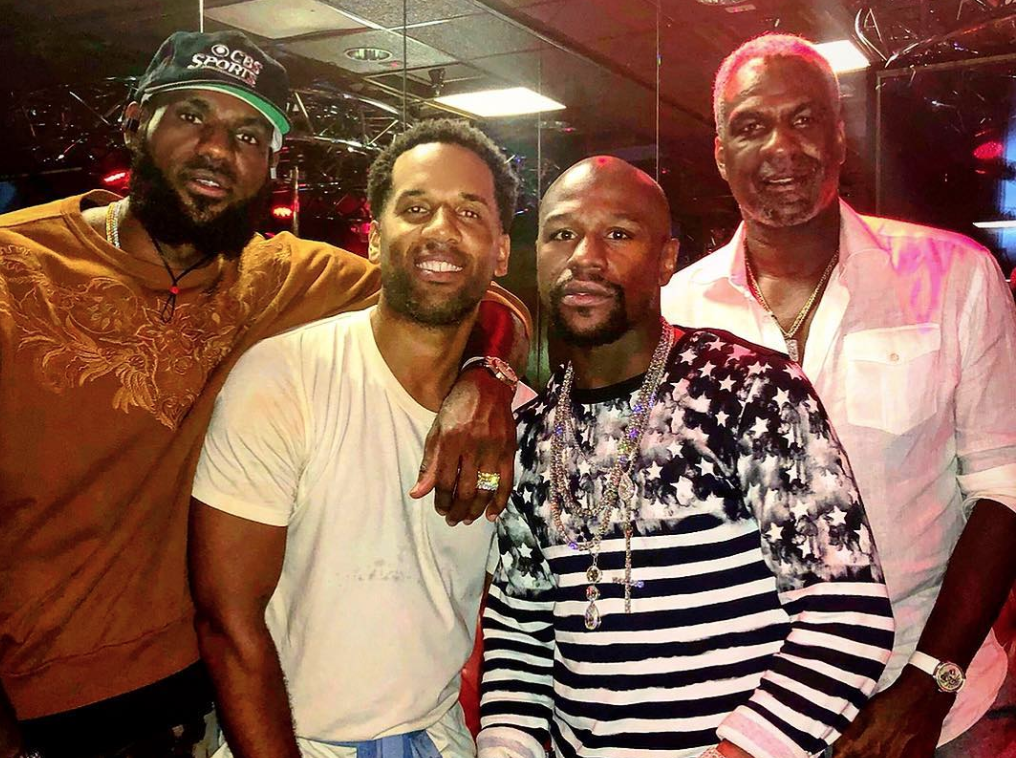 LeBron James has been in Las Vegas, as he showed up to watch the Lakers in their Summer League game against the Pistons on Sunday.

Realistically, it was only a matter of time until James was going to come out and support his young teammates, which is exactly what he did, wearing sunglasses and a pair of Lakers shorts.

And since he’s in Vegas, it certainly made sense for him to hang out with some of the local celebrities. Sure enough, he did, as he was seen with Floyd Mayweather Jr., as well as Charles Oakley.