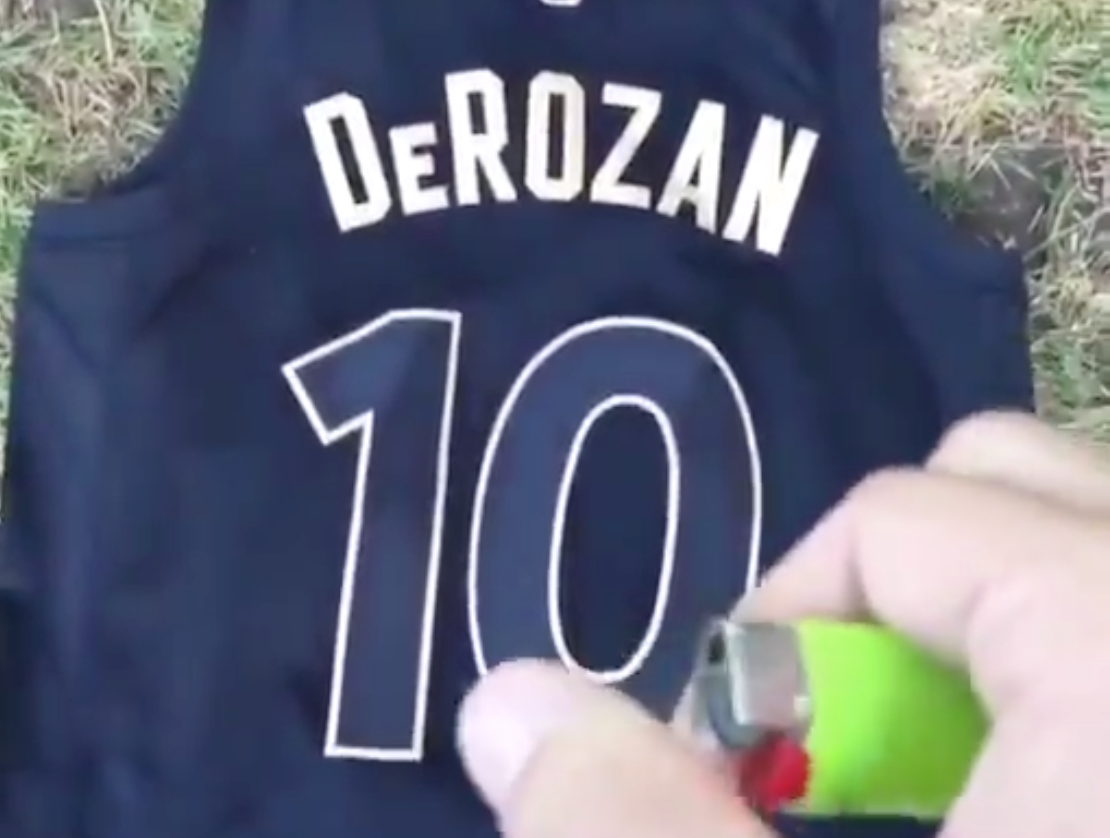 Burning jerseys has become a popular trend among sports fans over the past few years, serving as a way for them to essentially bid goodbye to recently-departed athletes.

But Canadian fans treat sports a bit different than American ones, so one particular Toronto Raptors aficionado took a different spin on jersey burning following the DeMar DeRozan news.

The fan posted a video, showing him holding a lighter over a DeRozan Raptors jersey, but instead of burning it, he took the time to take shots at general manager Masai Ujiri and the team’s front office for the way it handled the superstar.

That was a bit different.