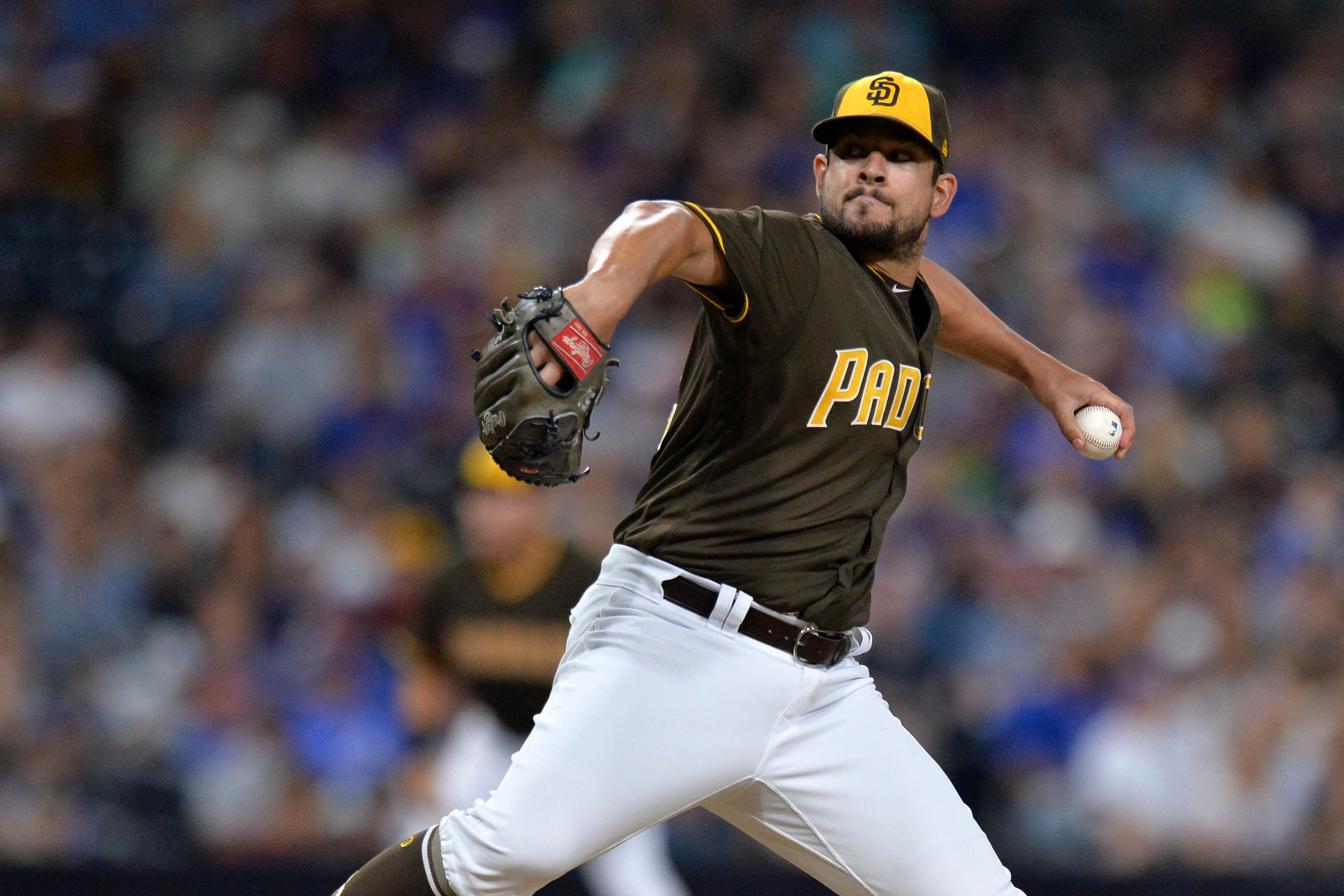 The heat is just beginning as the MLB trade deadline approaches. But, the Indians swung for the fences early and acquired stud reliever Brad Hand and Adam Cimber for prospect Francisco Mejia.

The Indians desperately needed a bullpen acquisition as Andrew Miller has been sidelined, and the current bullpen has put up a 5.28 ERA since late May. To add, the three best teams in baseball are in the American League with the Red Sox, Yankees and Astros built for a World Series run.

As a result, the first place Indians needed to make their move for the playoffs. Hand actually had a similar path to Miller. Coming into the major’s as a starter and moving to the bullpen from struggle.

Hand will certainly be of help with his 24 saves and 3.05 ERA closing games for the Padres — along with Adam Cimber’s 3.57 ERA in 42 games this season. But, the Indians are also taking a huge risk for the future in this deal.

As of now, Yan Gomes is the Indians starting catcher and has been average. Gomes is currently hitting .247 with 10 home runs and 32 runs batted-in. Mejia’s upside at the catcher position was much higher than that, as he was their #2 overall prospect.

Mejia made big waves during the 2016 season for compiling a 50-game hitting streak in the minor league’s. He had the potential to be a transcendent star for the Indians’ future.

To put things into perspective, trades like this go down a lot. Recent examples include the Cubs’ trade with the Yankees to acquire Aroldis Chapman two years ago. Chapman helped the Cubs win a World Series as their closer — but the key prospect sent to New York was Gleyber Torres.

Torres made his first all-star team hitting .294 with 15 home runs and 42 runs batted-in this season. As for Chapman, he walked away from the Cubs after the 2016 season and re-signed with the Yankees.

There has also been recent trade examples that have worked out in this scenario. Two years ago the Red Sox traded for Padres’ starting pitcher Drew Pomeranz in exchange for prized pitching prospect Anderson Espinoza.

Since the trade, Pomeranz has been a key member of the 68-win Boston Red Sox pitching staff while Espinoza has struggled with arm issues. Espinoza came with a lot of hype — he was even drawing comparisons to Pedro Martinez.

The risk the Indians are playing with is Hand not having enough impact to outweigh the loss of their top prospect Mejia. Although, prospects can often be ‘boom or bust’ as they work up to the MLB level. But, the Indians are still rolling the dice shipping Mejia to San Diego.