Does Nick Kingham deserve to stay in the Pirates rotation? 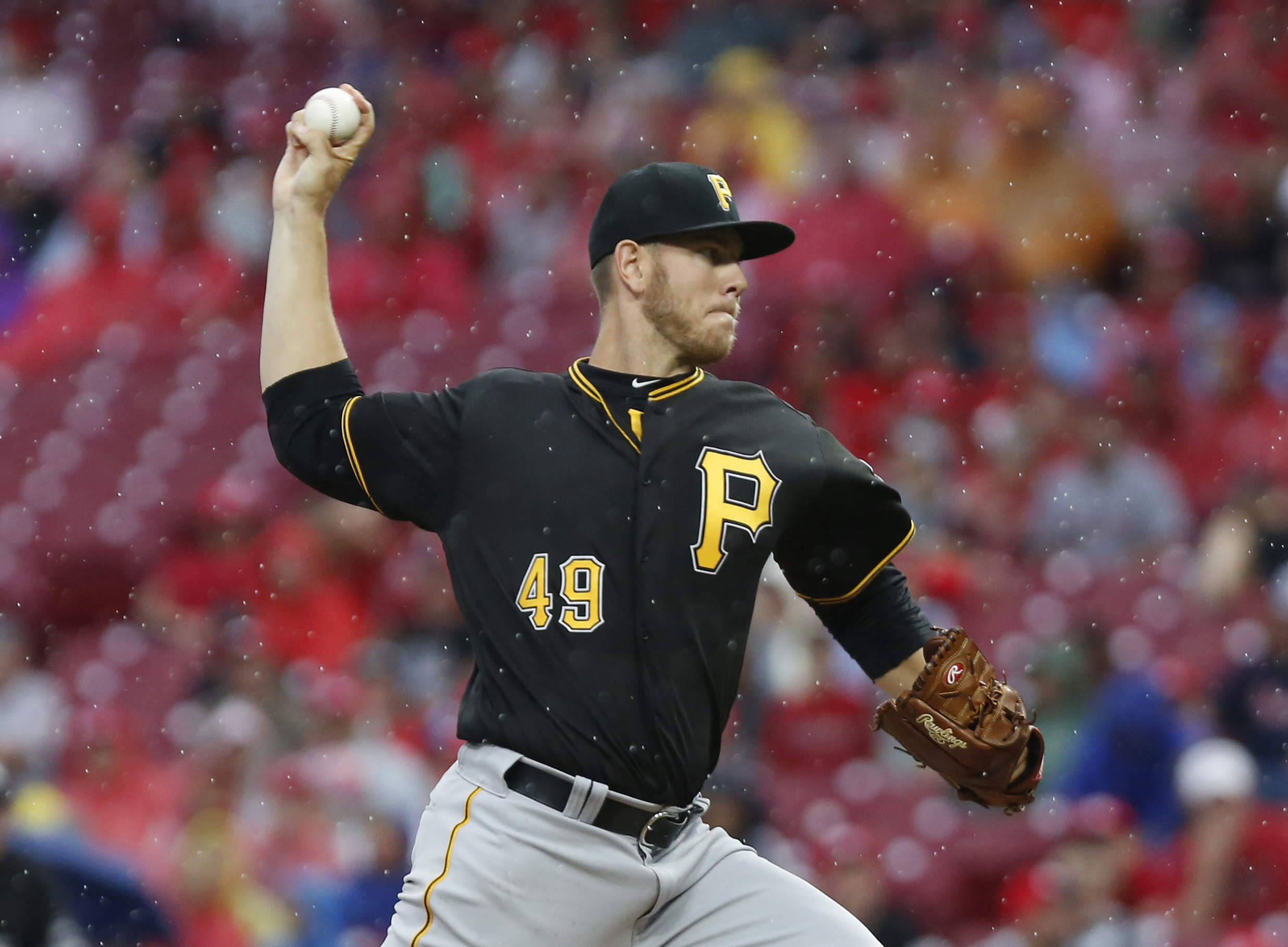 Does Nick Kingham deserve to stay in the Pirates rotation?

The Pittsburgh Pirates rotation has been a major reason why the team has rattled off 10 straight wins, and 12 of their last 13. However, it wasn’t all rainbows and unicorns before this winning streak.

Nick Kingham was recalled on July 2 to start a game against the Los Angeles Dodgers. He proceeded to last just three innings, while surrendering seven runs (five earned) on eight hits, including two home runs. He struck out just two and walked three in an eventual 17-1 loss. It was without a doubt one of, if not the worse loss of the year.

Despite the Pirates playing see-saw with him this year between Pittsburgh and Indianapolis, they stuck with him and he has redeemed himself the past few outings.

On July 8, against the Philadelphia Phillies, the 26-year old went six innings of four hit ball, while allowing just a solo home run and fanning five and walking just one.

He followed that up with a strong start against the Milwaukee Brewers, going 6.1 innings. He struck out nine, again walked just one; however, he allowed two home runs.

Most recently against the Cincinnati Reds this past Saturday, he didn’t have his best stuff but he still carried a shutout into the seventh inning before a two run homer chased him from the game.

As we enter a critical period for the Pirates in terms of whether they buy or sell at the trade deadline, Kingham may or may not be teetering again.

Is that fair to him or does he deserve to remain a member of the starting five?

The Pirates put a focus on throwing fastballs for strikes and pitching to contact. This hasn’t been a popular approach for fans and sabermetricians but recently it seems as though the staff has been utilizing their breaking stuff more. It has been successful and they are getting hitters out so Ray Searage must be accepting of the method.

While Kingham’s sample size isn’t as large as the rest of the rotation, he has the second highest strike % this year at 65%, trailing only Jameson Taillon with 66%.

To me, however, sample size for throwing strikes isn’t as valuable as it is for other stats. A pitcher can either throw strikes consistently or he can’t.

Even since his recall on July 2, he’s thrown 64% of his pitches for strikes. It’s only one percent down from his season total but he is clearly still effective.

Lets up the long ball

Through 10 starts in 2018, Kingham has allowed a home run in all but three games. He’s also allowed multiple home runs in three of those 10 starts.

If you hold any stock in a young player’s minor league numbers, this pace is bound to positively regress for Kingham.

According to Fangraphs, his HR/FB is 16.7%, an astronomically high number. If you do believe in minor league numbers, his next highest was 2012 with the West Virginia Power at 11.6%.

More recently, his time in Triple A shows the type of pitcher Kingham is. In nearly a full 2017 with Indianapolis, his HR/FB was 6.7 and in nine starts there in 2018, its at 4.2%. Clearly something isn’t right when he suits up for the big league club.

Due to the Pirates philosophy for their staff, this probably is a big reason for their indecisiveness with him. He’ll need to correct this issue soon or it will have an effect on his long term reliability with the club.

When Kingham was recalled on July 2, it was to replace Chad Kuhl who was placed on the 10-day DL with a right forearm strain. There is no real time table for Kuhl’s return.

Say that no additions are made to the rotation and if Kuhl is ready to return by mid-August, I believe the Pirates will send Kingham back down.

If he continues to pitch well and keeps giving the Pirates a chance to win, there is a slight argument to swap Kingham and Trevor Williams whose peripherals have said all season that regression is coming. Now whether it does or not is entirely different situation, because baseball.

Then there is also external options that could send Kingham away.

Over the past week or so, many fans have been calling for the team to trade for an experienced starting pitcher. I’ve seen names like Nathan Eovaldi from the Tampa Bay Rays and some even want a reunion with with J.A. Happ of the Toronto Blue Jays.

Either way, if the Pirates do buy at the upcoming deadline in efforts to make a push towards the postseason, any move for a starting pitcher would likely bump Kingham back out of the rotation.