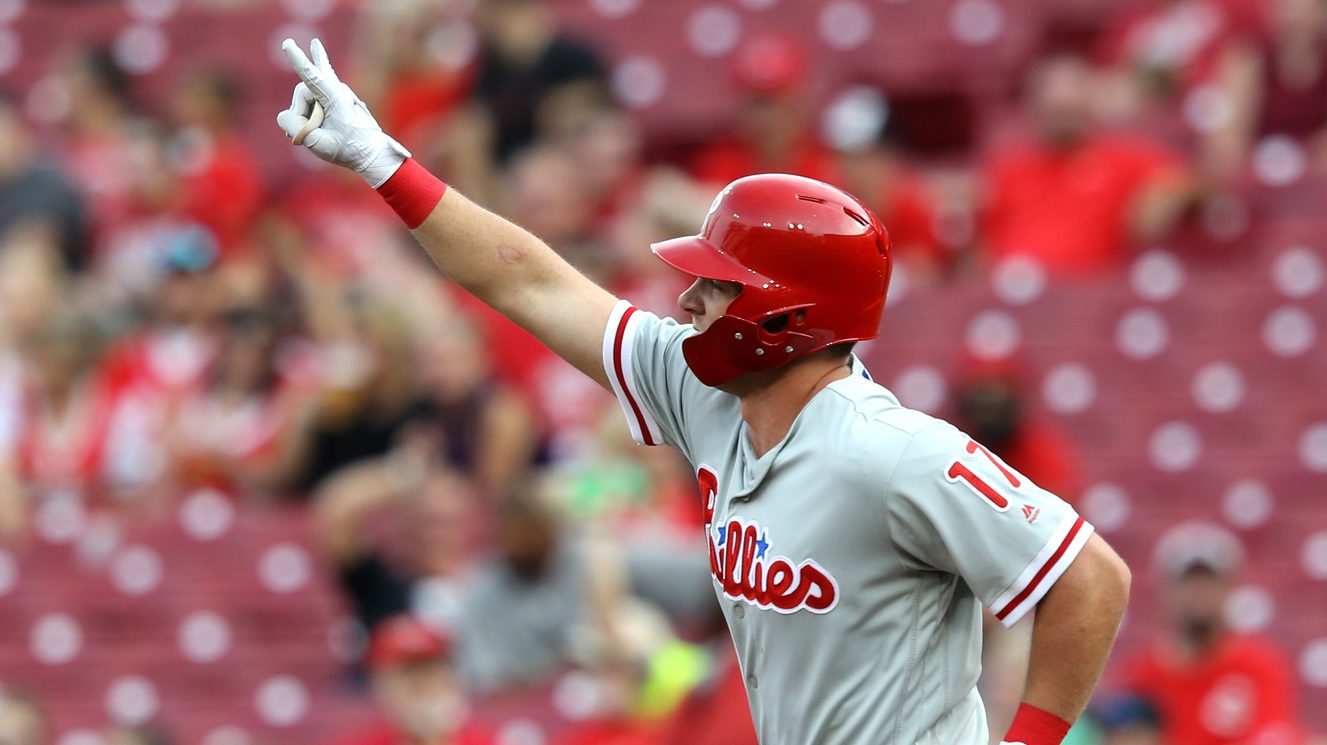 It was a good night for the Philadelphia Phillies, hitting a franchise record seven home runs in a 9-4 win against the Cincinnati Reds.

Rhys Hoskins, Maikel Franco and Nick Williams each hit two home runs, and Carlos Santana smacked one as well to help provide some run support in the series opener in Cincinnati. Rookie pitcher Ranger Suarez made his major league debut and left the game with the Phillies up 5-4 in the fifth inning, which was good enough for him to pick up the win after the bullpen came in once again to shut things down.

It was not the best outing for Suarez in his major league debut due to allowing two home runs but he did strike out three Reds batters and managed to do enough to help the Phillies on the mound with the starting rotation on a night the bats were the story of the game.

Nick Williams homers for the second time tonight. #Phillies tie a franchise record with seven homers in a game. They hit seven against the Mets on Sept. 8, 1998: Brogna (2), Sefcik (2), Estalella (2) and Anderson.

Tonight is the first time three players on the same team each hit two homers in a game since Jason Varitek, David Ortiz and Bill Mueller each hit two for the Red Sox against the Yankees on July 4, 2003.

Guaranteed to pass the Nationals and Orioles, and could potentially pass the Rangers (in progress).

Meanwhile, while the Phillies were taking part in a home run derby in Cincinnati, the Los Angeles Dodgers were taking out their frustrations from their trip to Philly on the road against the Atlanta Braves. Coupled with the Phillies win, a Dodgers 8-2 victory over the Braves meant the Phillies expanded their lead in the NL East to 2.5 games ahead of Atlanta.

#RingTheBell #Phillies win 9-4 against the Reds.

Nick Pivetta heads to the mound for the Phillies in the second game in this weekend’s four-game set with the Reds. Pivetta had a rough outing in his first post-all-star break start last weekend against San Diego. Pivetta was charged for six runs (four earned) on eight hits in 5.1 innings, but he struck out nine Padres batters and did not allow a walk. In April, Pivetta recorded his first win of the season the last time he faced the Reds. He pitched seven innings and allowed two runs on five hits with seven strikeouts and no walks.