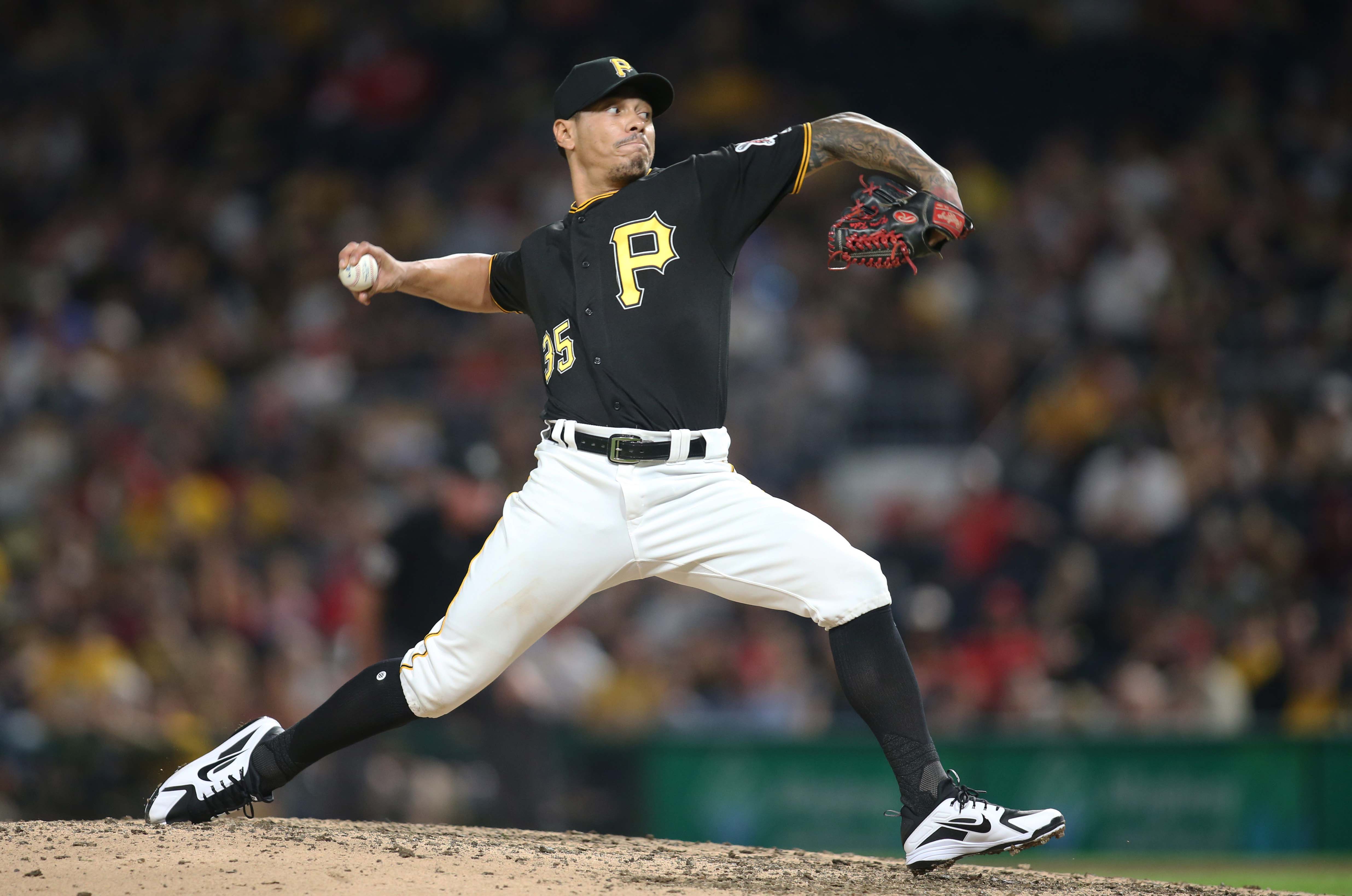 The Pittsburgh Pirates made their first splash at the trade deadline when they acquired Keone Kela from the Texas Rangers. After serving as the Rangers’ closer, Kela was brought on to bolster the back end of an already solid Pirates pen.

He’s gotten the ball three times so far since joining the club. After a bumpy first appearance, which just so happened to be Chris Archer’s first start as a Pirate, his next two times out he’s shown he can dominate hitters.

Kela utilizes a hard fastball and finishes hitters of with an absolutely filthy curveball.

The following will serve as a bit of a recap with some opinion sprinkled in.

This was Kela’s first night in Pittsburgh. Since it was Archer’s first start, I’m sure the brass was hoping they could get seven out of Archer and hand the ball over to their other trade piece. While it didn’t happen exactly like that, Kela still got the seventh inning.

Kela set down the first hitter he faced before the hottest hitter in baseball, Matt Carpenter, lined a ground rule double over the fence along the first base line. He then gave fans what they wanted to see, striking out Yadier Molina for the second out. To end the inning, he got a little help from Gregory Polanco. Paul DeJong singled to right and Polanco hosed Carpenter at the plate to preserve thePirates lead.

Probably a big sigh of relief for the new guy, having a new teammate bail him out in his first game in a new city.

Kela entered the game in the eighth after Adam Frazier just hit a solo home run in the previous half inning. The Pirates still trailed 2-1 but needed a quick, shut down inning to try and get the bats going again.

He couldn’t have started off better, fanning both Jedd Gyorko and The Pirate Killer, Kolten Wong on just seven pitches. He proceeded to walk the next hitter before getting a fly ball to end the inning unscathed.

Pirate fans should expect to see more of this as Kela is prone to walk a batter here and there with a 3.40 BB/9 on the year. His LOB% is at 76.6 percent on the year which is solid but ideally, we see this number creep closer to around 80 percent.

The opposite of his second appearance, Kela gave up a lead off knock to Charlie Blackmon. After Francisco Cervelli cut down Blackmon trying to swipe second, Kela struck out the next two hitters. Check out his 2-2 curveball to David Dahl to end the frame.

A closer look at that Keone Kela Curveball Spin Axis.

Any team that has playoff hopes needs a strong bullpen. I’m not saying the Pirates are for sure a playoff team this season but the fact that they have Kela locked up until 2020 is huge for this team.

If you look past the semi-frequent walks and embrace the high strikeout totals using that filthy deuce, the 25-year old is as good as advertised. Then think of a mix of Kela and Kyle Crick to setup Felipe Vazquez in close games and you should be excited as a Pirate fan.