Looking At The Red-Hot Adam Frazier 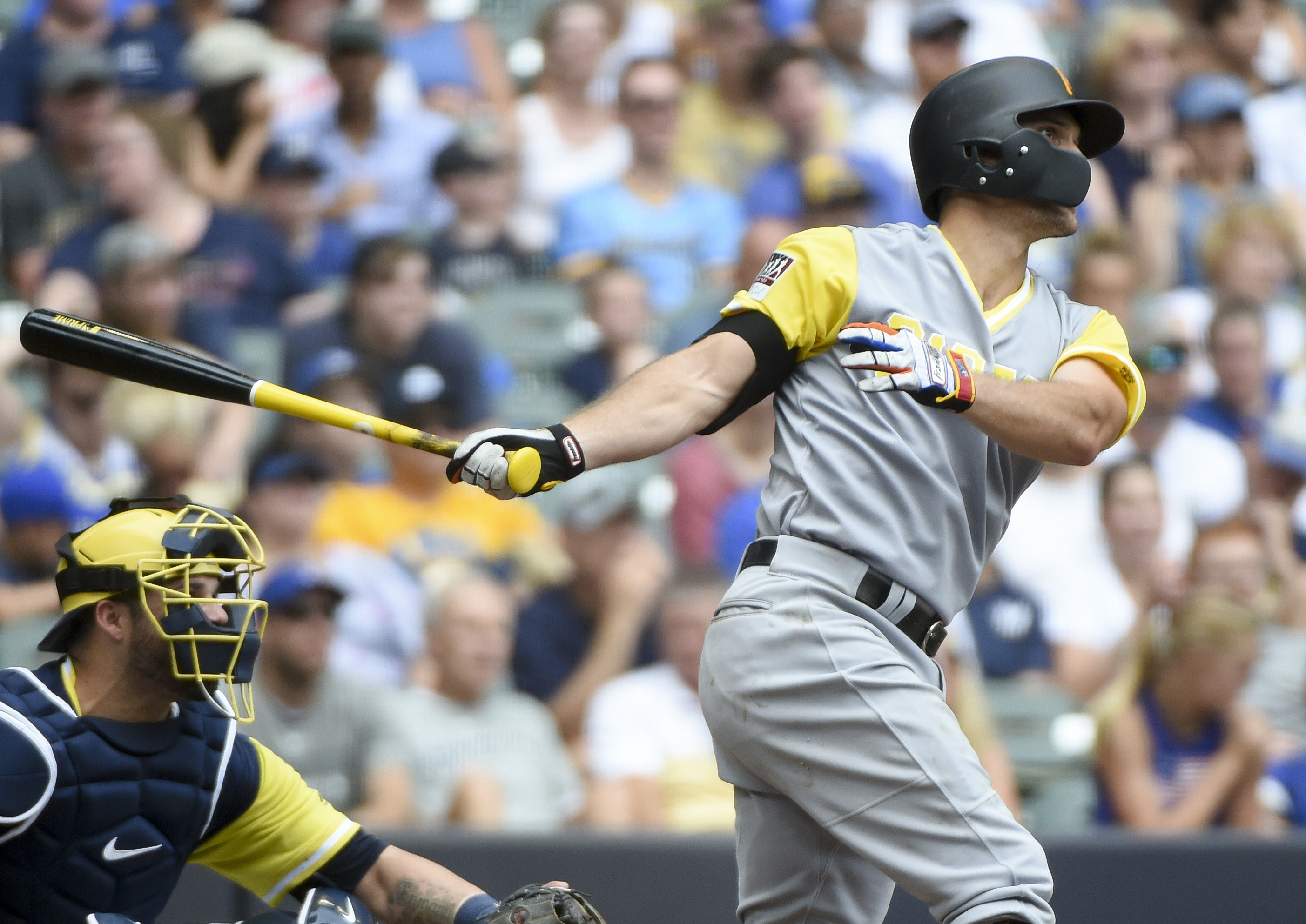 Looking At The Red-Hot Adam Frazier

Adam Frazier struggled early on in the 2018 season, even getting demoted at one point in June.  Since being recalled, however, Frazier has been a red hot force to deal with at the plate.

After hitting .301/.356/.411 in his rookie campaign, more was expected from Frazier in 2017, perhaps even competing with Josh Harrison for the starting spot at second base.  Frazier’s second year wasn’t bad, he hit .276/.344/.399, but he finished the season below average with a 97 wRC+.  Add in the versatility to play some outfield and some infield, Frazier made for a solid utility player.

So how did he do it?  By hitting the ball harder and more in the air, the goal for almost every hitter in the game.  Here is Frazier’s 15 game rolling hard hit percentage from Fangraphs entering Sunday’s game:

Point 118 (a little left of 121) was Frazier’s last batted ball before being demoted.  Again, since being recalled, the average exit velocity continues to trend upwards for every 15 balls put in play.

Another nice improvement for Frazier has been the groundball rates.  Again, using the 15 game rolling average from Fangraphs entering games on Sunday:

Before his second demotion, Frazier was hitting a groundall 57.4 percent of the time, and add in the low hard hit rate, it was clear to why Frazier was struggling to mirror either 2016 or 2017.  But now, since being recalled, Frazier has hit less groundballs, and the nice dip over each 15 game period since then is nice to see.

Between his recall date and entering yesterday’s game, Frazier was hitting groundballs just 38.5 percent of the time.  Here’s his 15 batted ball moving average of his launch angle including Sunday’s game:

On the season Frazier has a 8º average launch angle, but he was trending down when he was sent down.  Since being recalled, Frazier has seen the trend rise, and despite a brief downward period, the launch angle has started to rise again.

Hitting the ball harder and more in the air sounds simple to do, but it’s not that easy.  But by being able to, Frazier has hit four home runs since being recalled and really turned his season around.  Groundballs and soft contact have been out the window, and going forward, hopefully this batted ball profile for Frazier persists.