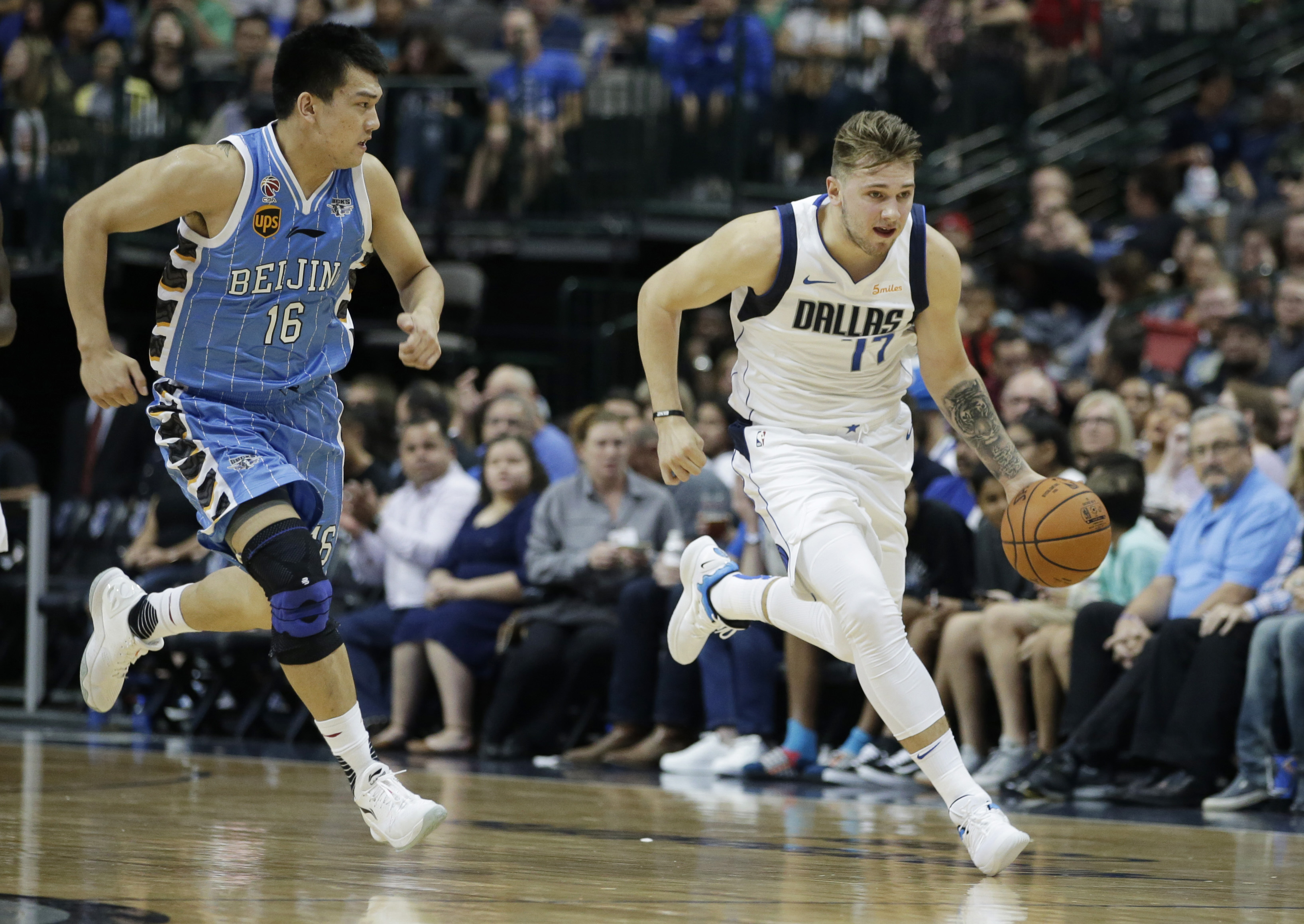 The Hawks selected international sensation Luka Doncic with the third overall pick in this year’s draft, but his tenure with the team didn’t even last a single hour. Atlanta is currently in the midst of a major rebuild, and it elected to trade Doncic to the Mavericks on draft night, in exchange for Trae Young and a lottery-protected first round pick in 2019.

It remains to be seen how that trade will work out, but Doncic appears to be the safer pick in the short-term, as Young is a raw player who will need to develop. Doncic already showed flashes of greatness in Saturday’s exhibition game against the Beijing Ducks.

On one particular play, he put some serious moves on his opponents. Doncic began by putting a defender on skates going behind his back, and then hung in the air to bank in a difficult shot.

We expect plenty more of that in Doncic’s rookie campaign. He’s a special player.