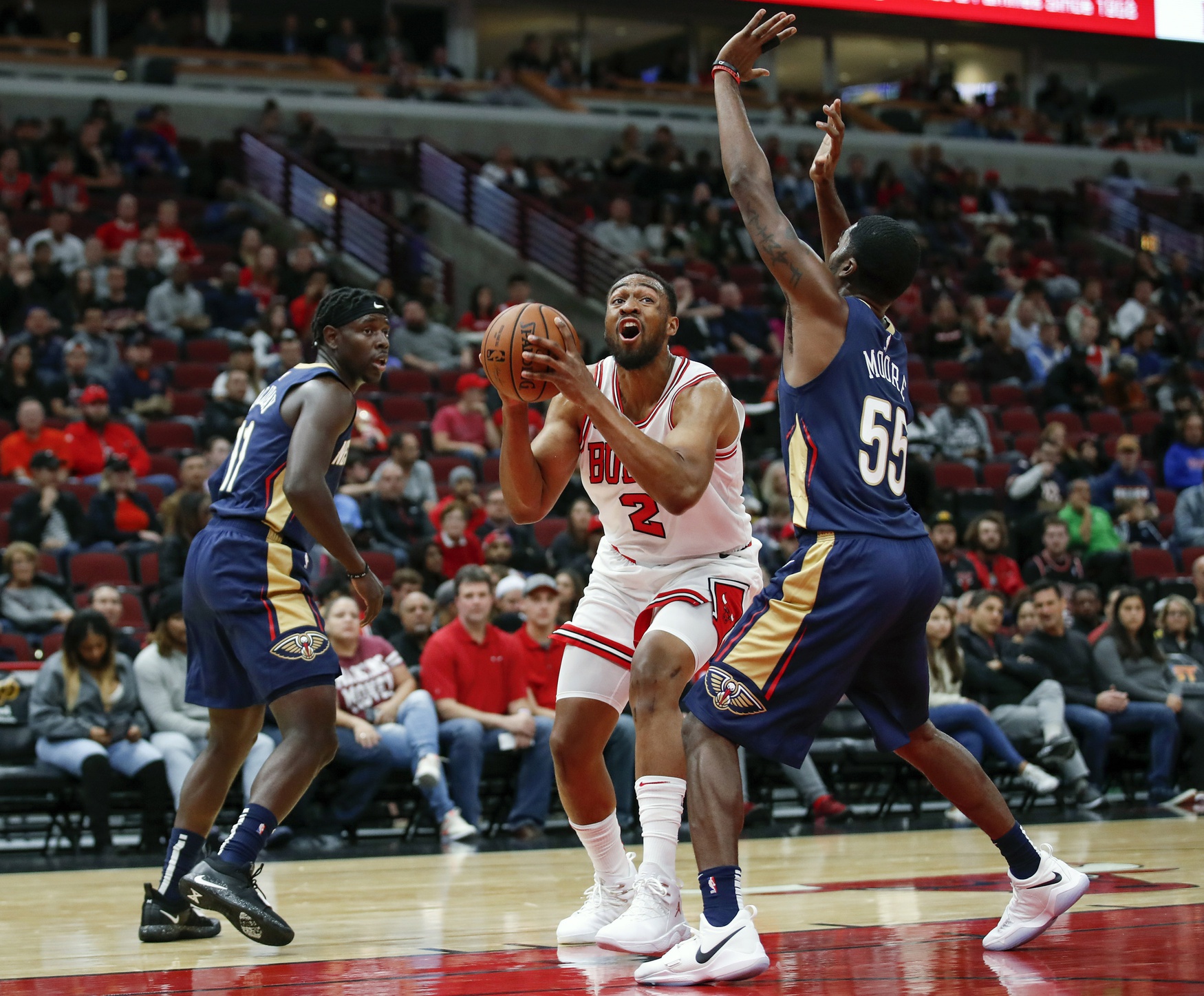 Chicago’s own Jabari Parker became the latest NBA player to head home. But will he be a boon or a bust for the Bulls?

Parker returned to play his former team on Wednesday, and afterwards admitted that he played “like doo-doo”. To  no one’s surprise, it was Jabari’s laissez faire defense that was especially poop-y. While the fact that Clint Capela will make less money in 2018-19 than Parker perhaps proves that NBA players don’t get to paid to play defense, winning teams lock in on D. Only the biggest Bulls fanatics are forecasting Chicago as an above-.500 club this season. And that’s mostly because of questions about their defense. Kris Dunn, Justin Holiday, Wendell Carter and Robin Lopez can only do so much. Lauri Markkanen, Zach LaVine and Parker are all slouchy sieves who will be hunted non-stop by opposing offenses.

It’d be easy (and reasonable) to give Parker a pass. It’s the preseason. These games don’t matter. It’s a ridiculously long season and he’s pacing himself. However, Jabari needs to re-wire his defensive DNA, so to me it’s an issue. He’s the most interested man in the world on offense, eyes wide open, searching for spots to receive a pass. But something strange happens during the change of possession. It’s as if Jabari morphs into molasses. I witnessed all three of the following in Wednesday’s blowout loss: coasting without a care in the world after falling behind in transition, showing zero interest in boxing out, and getting so lost in a half-court set that he appeared to give up and shift his focus back to offense before the possession was even over.

Offensively, Jabari has struggled too (six-for-26 from the field through two preseason games), but the main concern is surely defense. Whether he’s operating at power forward or being forced to shift to small forward in bigger lineups, Jabari’s (and Lauri’s) defensive progress will be among the most important things to follow. Can they learn to switch onto smaller players when forced into pick-and-rolls? Can they improve their lateral movement? Use their size and strength to make an impact on the boards? Bad defenders are a little bit like poor shooters. Having more than one on the floor at any given time makes it harder for the other players to cover for them. That’s why it’s paramount for Houston’s Mike D’Antoni to find the right fits for Carmelo Anthony. Rest assured he’ll spend a lot of time sharing the court with P.J. Tucker, James Ennis and Capela. The same formula should probably exist with Parker and the aforementioned foursome of fearsome Bulls defenders (Lopez, Carter, Holiday and Dunn).

The offense shouldn’t be a concern. Discounting the first few years of his Bulls tenure, coach Fred Hoiberg’s reputation is that of an offensive savant. The roster is filled with guys who can put the ball in the basket. And Jabari is a bucket-getter, through and through. Parker will get good looks just by rolling out of bed in the morning. He could probably put points on the board while getting some shut-eye, sleep-scoring if you will. And while the classic film Step Brothers teaches viewers not to wake somnambulists, Parker may be the exception to that rule. As Bob Dylan asked, “When you gonna wake up, and strengthen the things that remain?” Parker is a pro entering the prime of his career. But his penchant for putting the ball in the basket will only take him so far in this life without committing to the other end of the court.

At this point, completely flipping the script and devoting all of his energy to defense and leaving whatever is leftover for offense wouldn’t be a bad idea. Parker essentially does the opposite at the moment. Until that changes, he’ll remain one of the most overrated players in the league, perhaps even more-so than the only man taken ahead of him in the 2014 NBA Draft (Andrew Wiggins). Wiggins and Parker have  received massive contracts, and now it’s time for them to prove their worth. Scoring has gotten them this far, but it won’t take their teams to the Promised Land, nor will it give them a leg up on their next contract negotiations, especially if they haven’t addressed their weaknesses, particularly on defense.

In between injuries, Jabari has showcased some defensive ability when he’s locked in and fully healthy. Unfortunately those instances have been extremely rare through his first four years. Now is the time for Parker to put it all together: to become the well-rounded player he was meant to become.

By most accounts, Jabari is one of the league’s good guys, a committed community presence who cares for and helps others. If I’m allowed creative license to alter the message of the Bob Dylan of our times (Kendrick Lamar), my advice to Parker is this: “Be humble, sit down (in a stance and defend).”