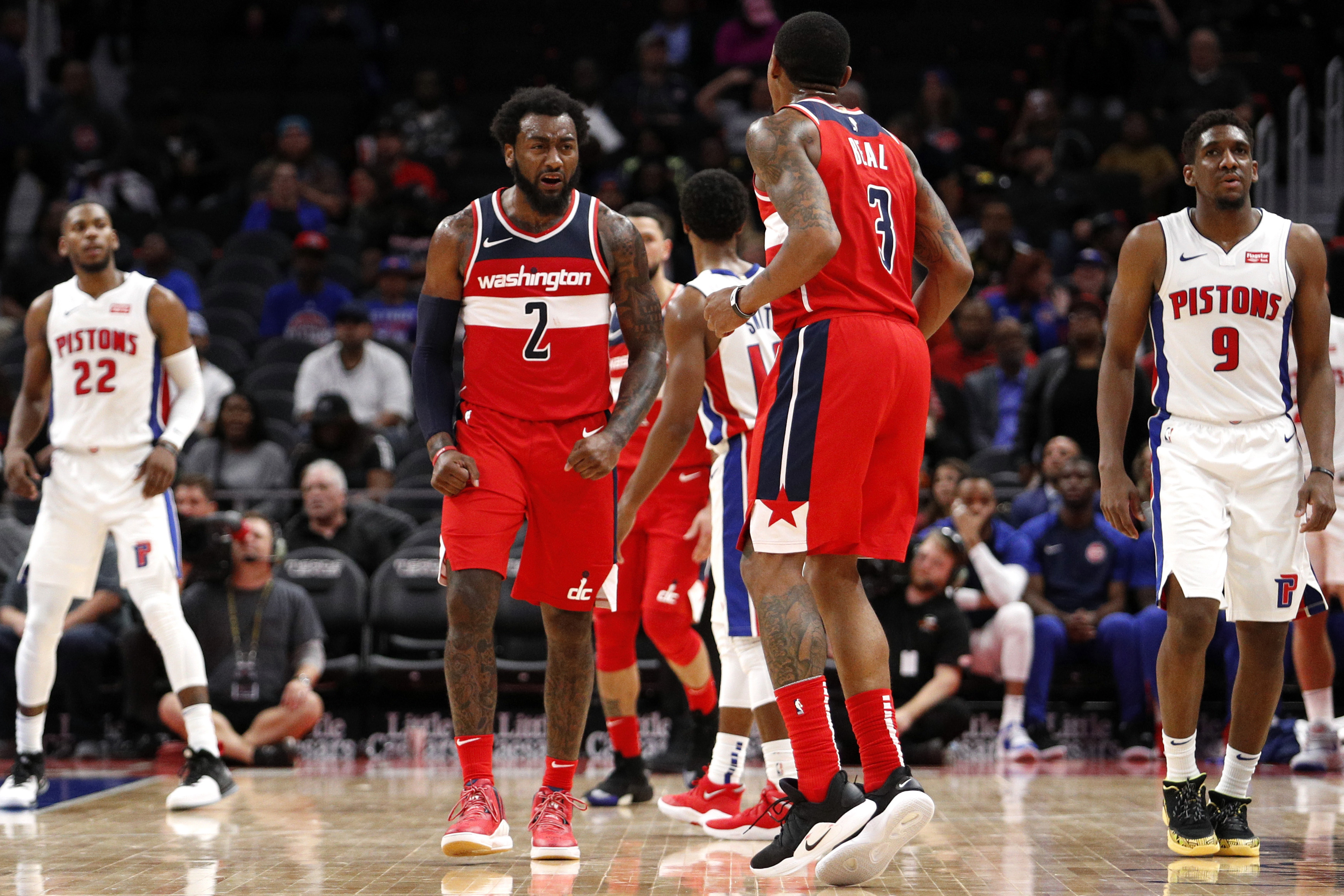 In their fourth and final preseason game against an NBA opponent, the Washington Wizards made the trip from New York City to Detroit for a matchup with the Pistons. Both the starting and bench units looked formidable in the first half as the road team built up a 14-point lead. Detroit would fight back starting in the late stages of the third quarter to make things competitive down the stretch, but Washington eventually prevailed.

Along with sharing and defense, pace was one of the three points of emphasis from Scott Brooks coming into training camp this season. For the most part, the Wizards played with great pace against the Pistons on Wednesday. John Wall wants to get into the front court with 19 seconds on the shot clock so that if needed they can get to their third or fourth offensive sets instead of settling for their second. In addition, Washington wants to score more points in transition given they have a Ferrari at point guard. They had 14 fast break points against Detroit. One way the Wizards are getting up and down the floor quicker, off of a miss or make by the opposing team, is having the closest ball-handler bring the rock up the court. That can be Wall, Bradley Beal, Otto Porter, Austin Rivers or whoever else is capable on the floor. With Porter being a plus rebounder, you can see him bringing the ball up the court often this season. In part, this will lead to players other than Wall initiating the offense and having the five-time All-Star play off-ball at times.

Ian Mahinmi had five fouls in less than 12 minutes after picking up three in the first five minutes of the game. Markieff Morris flirted with disqualification with five fouls in his 26 minutes of play. Jason Smith did foul out in 27 minutes of play but not before totaling 14 points and six rebounds. Andre Drummond had his way on the glass with 19 rebounds but Washington did an adequate job on him as it took him 16 shot attempts to get his 17 points and he also had six turnovers. With the foul trouble, Brooks got creative with some lineups as the three-guard unit with Austin Rivers continues to be a staple. The group that finished the game was Rivers over Porter joined by the usual backcourt of Wall and Beal as well as Jeff Green and Markieff Morris. Porter had a poor shooting game with just four points on 1-for-6 shooting, which could explain him playing only 23 minutes. Other lineups that Brooks tossed out there included center Porter flanked by power forward Tomas Satoransky. I do not think you will be seeing that in the regular season.

Now this is a SMALL lineup (granted it was for one possession at the end of the half)
PG: John Wall
SG: Bradley Beal
SF: Austin Rivers
PF: Tomas Satoransky
C: Otto Porter pic.twitter.com/QoDLYZug66

John Wall Is A Baaaaad Man *Stephen A. voice*

The Wizards point guard finished with 32 points on 12-for-23 shooting including 3-for-7 from beyond the arc to go along with nine assists, five rebounds, three steals, a block, and a dagger. With a three-second differential between the game and shot clock at the end of the fourth quarter and Washington up three, Wall took his time, got to his spot on the floor (a long mid-range two that Brooks wants to limit) and drained the jumper as he faded away from former Wizard Ish Smith. Wall also had tough buckets down the stretch as things went back and forth including a nice drive to the paint where he stopped on a dime to allow Drummond to fly by before laying the ball in the basket. In true point guard fashion, Wall rewarded Markieff Morris with a dunk after the latter was able to strip Drummond on the defensive end. Beal also hit a 16-foot step back jumper with under a minute to go. Of course, Wall and Beal’s play in the clutch last season was a big storyline as the duo seemed to underperform shooting the ball in those moments. Nonetheless, after a frustrating injury filled year last season, Wall looks ready to begin the next chapter.

Next Game: Washington will face the Guangzhou Long-Lions on Friday at Capital One Arena. The Chinese Basketball Association team featuring Marreese Speights will be a matchup that you may not even see the Wizards starters as the future Capital City Go-Go players will get run. Washington will then open the regular season at home next Thursday against the Miami Heat.