From the Locker Room: John Wall and Bradley Beal explain frustration with referees and rebounding 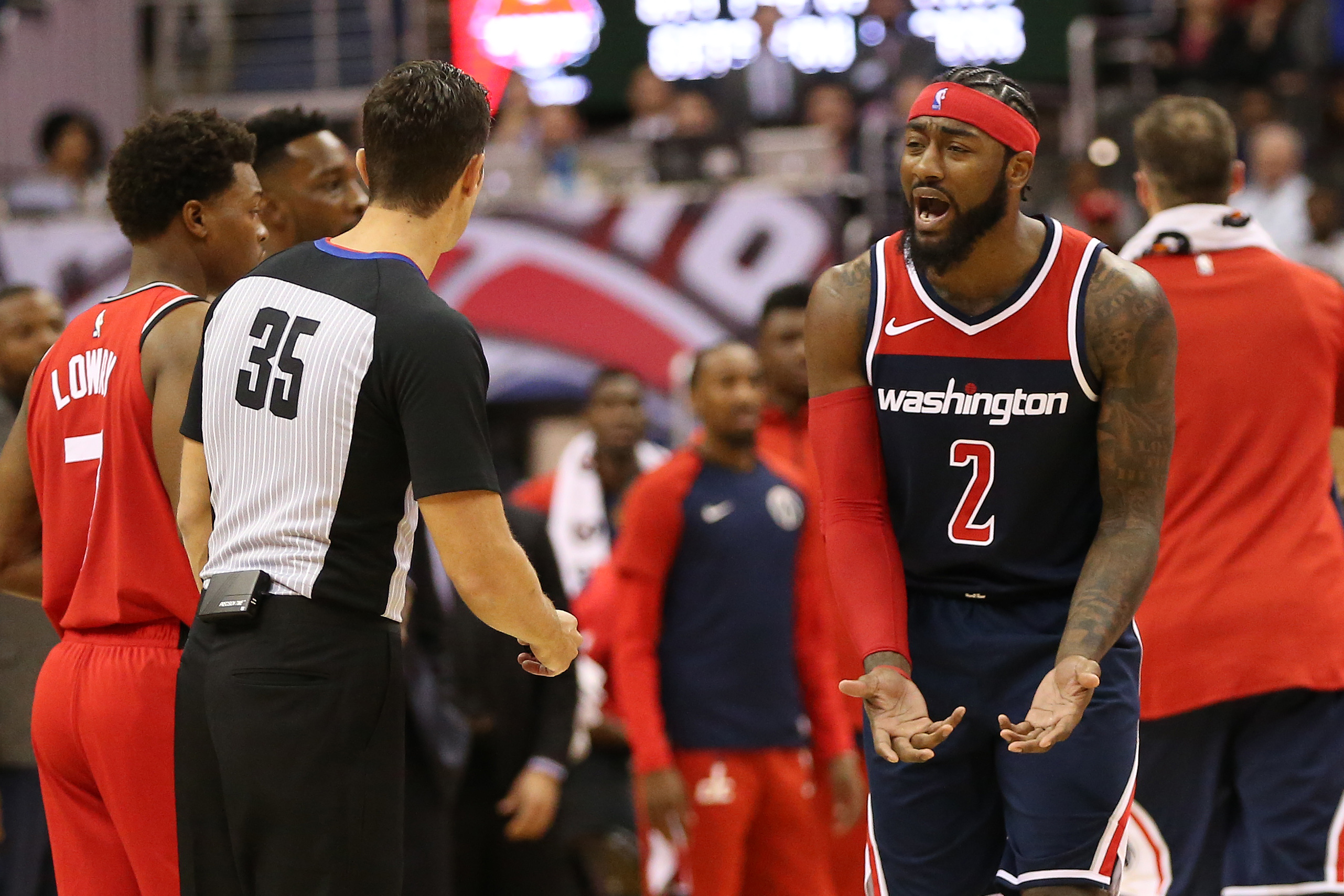 From the Locker Room: John Wall and Bradley Beal explain frustration with referees and rebounding

The Washington Wizards lost to the Toronto Raptors in another close game. You can read the three takeaways from the game here and watch video from John Wall and Bradley Beal’s locker room availability below.

There were things that Wall and many of us did not understand about the officiating on Saturday night, but he knows the team has to try and stay composed:

“Just try to say calm. Coach talked about it before the season even started – just tell us not to get as many techs as possible. Sometimes, you get to the point where you can’t control it and that’s where it got to tonight. I think there were a couple crucial calls, even though we got calls throughout the game, they were some crucial calls in that fourth quarter. It kinda hurt us when we were making runs and it kinda put them back into the game. It kinda hurt us.”

John Wall on not being able to keep emotions in check: "Sometimes it get to the point where you can't control it and that's where it got to tonight." pic.twitter.com/7RzCeCmC9h

John Wall: "It was a couple calls. One I blocked CJ Miles' shot, they called a foul on a three. Ian had a good block after that, called it. And then, that play there [before Beal and Brooks technicals] they told me I just fell on my own. Pretty interesting." pic.twitter.com/MeArrVc7JA

John Wall and the rest of #DCFamily after Otto Porter's block and jump ball: "I don't understand how you get a full 24." pic.twitter.com/MCoBcBzzM1

On why the Wizards were only close the first two games:

“The gap is rebounding. It’s easier said than done. Even though they came back and said they missed the call at the end of the game, if we box out, we don’t have to worry about them making that one call. I don’t understand the last two minute review anyways. After the game is over, it’s over. If we do a great job of boxing out, we win these games.”

Scott Brooks said the #Wizards are "close", John Wall was asked what is the difference: "Rebounding. … We keep getting outrebounded the way we are, we gonna keep finding ways to lose they close games."

"I don't understand the L2MR anyway. After the game is over, it's over." pic.twitter.com/ts5CPm6mxn

Reporters (especially the ones that only show up once every blue moon), do not ask Wall about Otto Porter getting shots anymore if you value your life:

John Wall is done being asked about Otto Porter getting enough shots. pic.twitter.com/YN2eM9dLoX

On his technical foul:

“In referee situations, we try not to get emotional. I think we did a good job of staying poised the whole game, but some things just get out of hand. I disagree with the call on John [Wall]–he got tripped. The referee told me that I ran up on him, so he called a technical foul. I guess he felt threatened in one way or another. Next thing I know Coach [Scott] Brooks is gone. It is what it is, we’ve just got to control our emotions, myself included.”

On controlling his emotions when he and John Wall disagree with referee decisions:

“It’s very tough. I’m not going to say it’s easy, because [John Wall and I] work extremely hard on both ends of the court. We compete and play hard. We play physical and we try to set the tone and energy for the game, but sometimes it feels like it’s taken away from us and that puts us on our heels. We can’t get caught up in that. All we can do it control what we can control. I give the referees slack because it’s a new adjustment for them as well. There are a lot of calls and adjustments that they have to start making. All we want is consistency out of everyone. I’ve got to do a better job of making sure we stay straight throughout the rest of the year because we give up free points in that case. We don’t need that.”

Bradley Beal says the #Wizards want to stay composed during calls they disagree with but "some stuff just gets out of hand." pic.twitter.com/5N5NiCa1tG

On another game of poor defensive rebounding:

Bradley Beal on the poor rebounding to start the season: "We just get our ass kicked, that's two games in a row." pic.twitter.com/72009ue7GT