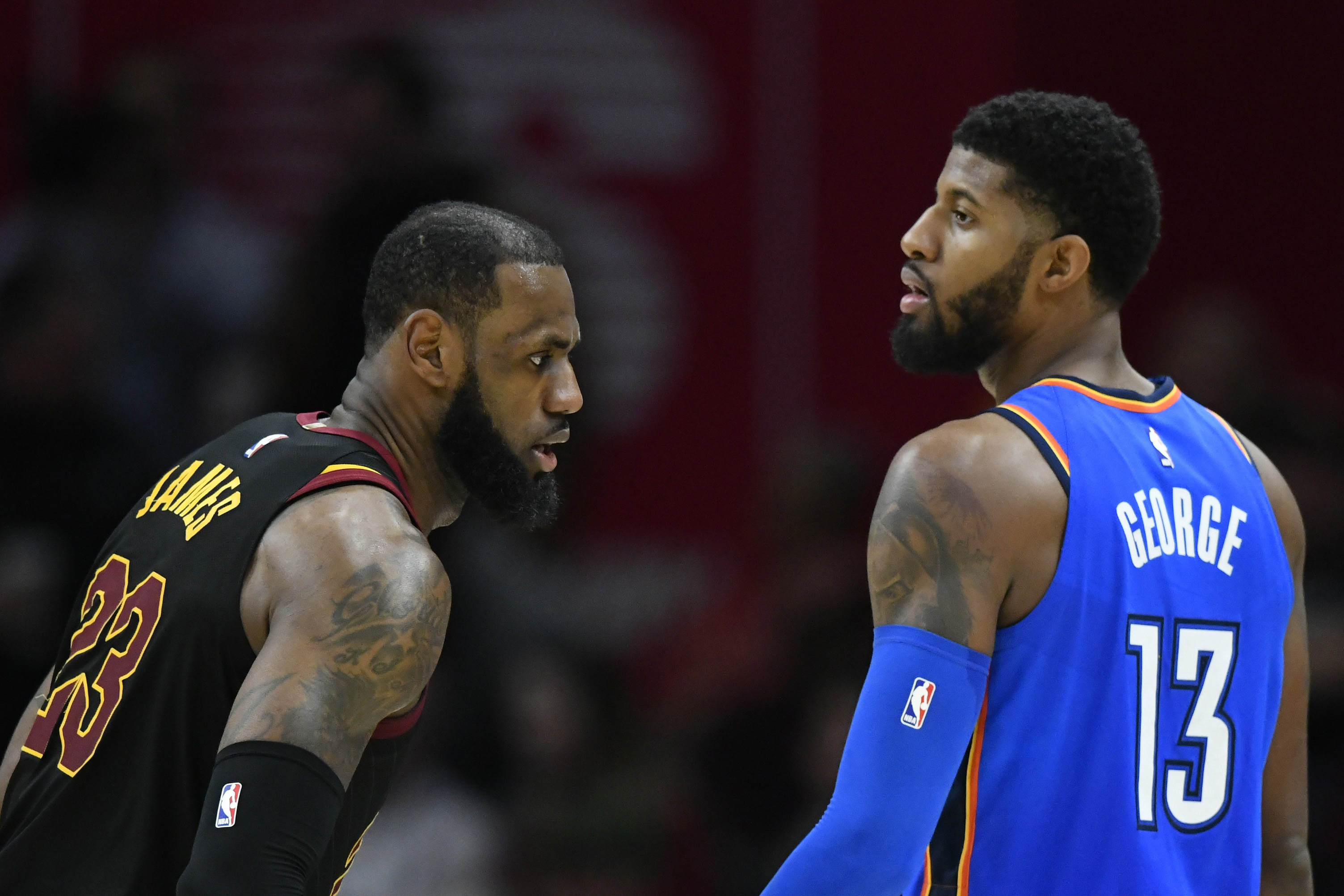 Since Paul George made the decision to bypass free agency altogether to re-sign with the Oklahoma City Thunder, the move has been scrutinized as for the reasoning behind it.

One of the possible factors that have been floated around was that star forward LeBron James has been difficult to play alongside on the court due to his playing style. With that in mind, George touched upon that topic vaguely stating that some players around the league have a hard time being able to do just that, according to Royce Young of ESPN.

“You could say that about a lot of guys,” George says. “LeBron is the best player in our league, but some people have a hard time playing with him. One thing you can’t say about Russ is that he’s not ready or he’s not prepared. That’s him every night.”

This response from George will only fuel the speculation that this was one of the reasons that he chose to not even truly consider joining the Lakers in free agency as he didn’t even meet with any team as his new deal with the Thunder was announced just prior to the start of the free agency period during the summer.

This type of talk has been floating around James over the last couple of years with Kyrie Irving voicing to the Cleveland Cavaliers that he wanted a trade. Then the conversation typically shifts over to him being unable to get any player to join him in free agency over in Cleveland.

Nonetheless, these comments from George do bring another perspective as to why he may have decided to forgo free agency altogether. This is simply a topic that will continue to linger until the Lakers are able to land another big name player in free agency that will change that growing narrative entirely.