Lonzo Ball reveals that he wasn't fully 'engaged' against Timberwolves 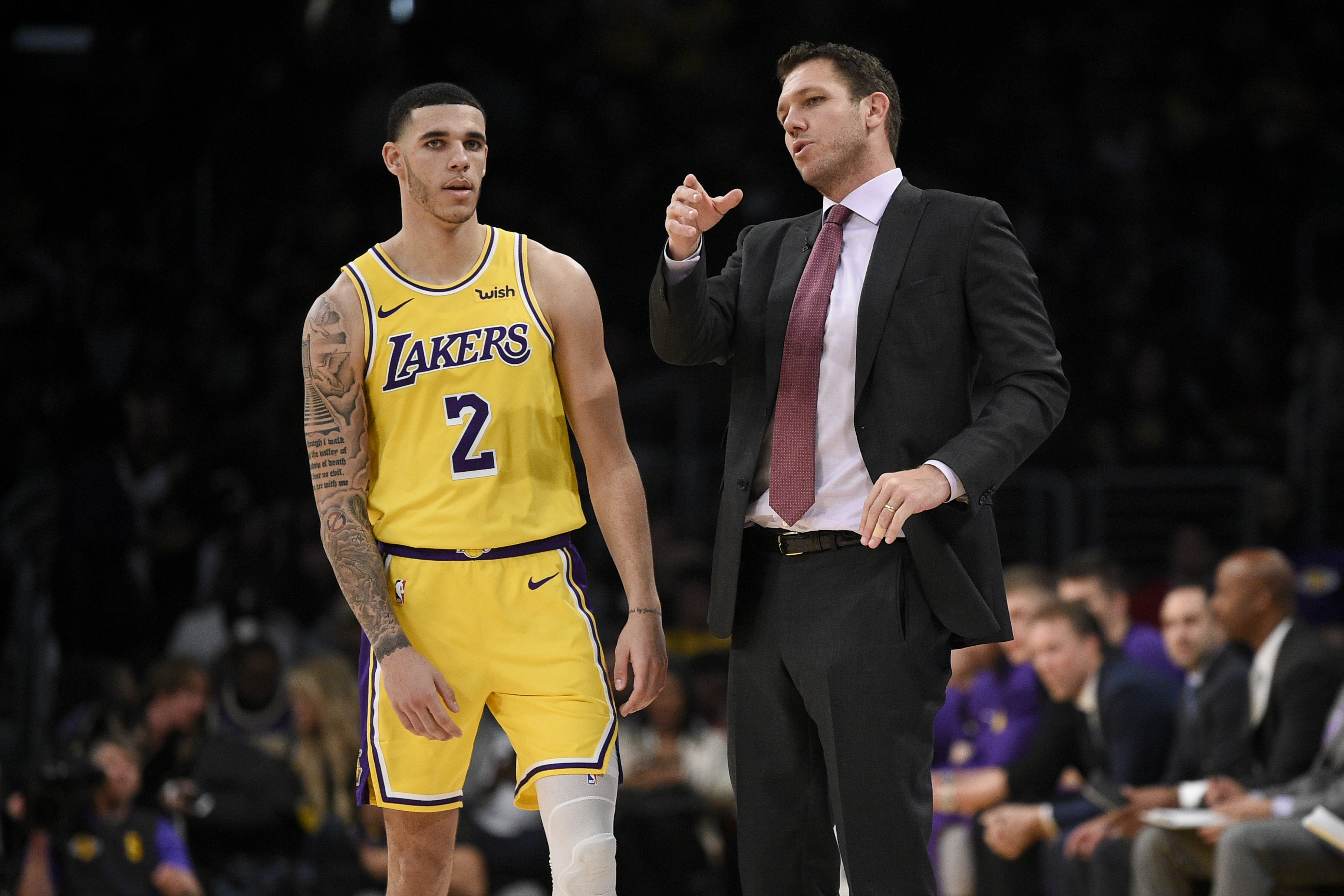 Lonzo Ball reveals that he wasn't fully 'engaged' against Timberwolves

The Los Angeles Lakers dropped their fifth game of the season on Saturday night in the 124-120 loss to the Minnesota Timberwolves.

It was a contest that featured a subpar outing from second-year point guard Lonzo Ball putting his least productive outing of the season recording just four points on 2-of-6 shooting from the floor while missing all four 3-point attempts along with one assist, and one rebound in 24 minutes played. According to Ohm Youngmisuk of ESPN, Ball has admitted that he wasn’t fully engaged in the contest like should have been.

“I just got to rebound the ball, get engaged, more energy, just do what I can to get myself going,” Ball said Tuesday.

It was evident by his play on the floor as he had struggled to get going offensively or contribute as a playmaker with his passing as he was largely a  nonfactor. It was a largely different performance from what he poured in all prior to that with his commitment to bring it on both ends of the floor.

Ball has shown much encouraging play in his return from arthroscopic knee surgery over the first seven games of the season as he had is averaging 9.9 points, 4.1 assists, and 4.1 rebounds in 27.3 minutes per game. This saw him put together four straight games in double-figure scoring that include drilling multiple 3-pointers on three occasions and notching six or more rebounds and assist on three instances.

Although it wasn’t the outing that Ball has been disappointed in, he has a chance to bounce back to prove that he is a key piece of the puzzle and can have a huge impact on the flow of the game. This was put on display in the 121-114 win over the Denver Nuggets that saw him garner five steals that helped change the momentum of the game. Ultimately, Ball can use that contest as a learning experience.