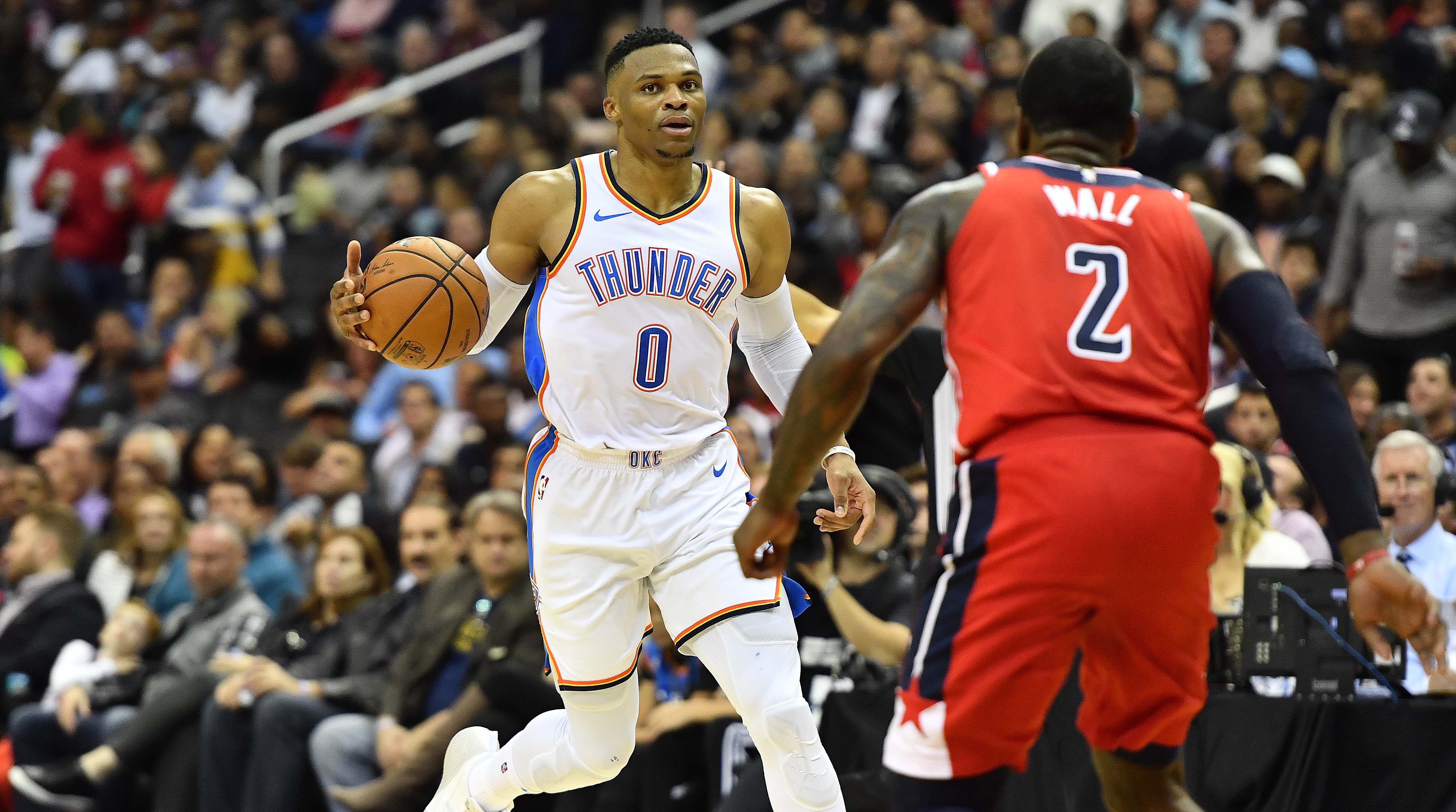 The Washington Wizards defense was bad against the Oklahoma City Thunder. This is not a new occurrence. They lost, again, which is also not a new occurrence. For the third straight home game, the Wizards allowed their opponent to come in on the second night of a back-to-back and get a victory over them. The players are being pretty political with their answers, but you can bet frustration is broiling to dangerous levels. “I refuse to let the ship sink,” Bradley Beal said after the game about never giving up on this team and needing to be better as a leader.

It has been the same old story ever since the Scott Brooks era began in 2016. Washington rarely has a problem scoring the ball, but they never compete on the defensive end for a full 48 minutes. It is human nature to not feel great when your shots are not falling, but the Wizards always seem to have that lead to playing poor defense on the other end creating an avalanche effect. John Wall admitted as such, “when we aren’t making shots, we don’t defend to our level.”

Dwight Howard said that the Wizards need to change their mentality to believe that they are eventually going to break out of this horrendous slump they are in to start the season. He also implied that guys get down on themselves when the opponent starts to go on a run like Oklahoma City did to end the first quarter and throughout the second. Creating a five- or 10-point hole is one thing, but allowing that to snowball to a 24-point deficit in a single quarter is back breaking.

Living and dying by the three

The Thunder came in shooting just 26.5 percent from beyond the arc this season. They got right against the Wizards with a hot 46.9 percent from deep on 15-of-32 shooting. The home team shot just 30 percent, 9-of-30, from three. Last season, Washington was one of the best at shooting and defending the three-point ball. It is the complete opposite eight games into this season. In 2017-18, the Wizards were the third best three-point shooting team in the NBA at 37.5 percent. Right now, they are the fourth worst at 32 percent. Last season they were the fourth best three-point defensive team allowing just 34.8 percent. Right now, they are third worst at 40.5 percent. In particular Otto Porter and Austin Rivers have not been shooting well from beyond the arc so eventually you would think that averages at. I did think last year Washington was pretty lucky with their three-point defense, teams simply missing open shots, so maybe the tides have turned on them.

Probably the lone bright spot of yet another ugly loss was the debut of the future Hall of Famer after he missed the first seven games of the season with a piriformis injury. He admitted that he still cannot jump very well and his legs are not fully under him, but you wouldn’t be able to tell based on his dominant start to the game. In nine minutes of play in the first quarter, Howard had 13 points on 6-of-7 shooting. He had an and-1 dunk on the team’s first offensive possession and took off from there. For the game, he had 20 points on 7-of-8 shooting in 23 minutes. Brooks said Howard would not have any minutes restrictions, but I have a feeling he would not have played 36 minutes even if the game had been close. Howard’s play was far from perfect though as he seemed hesitant to aggressively provide help defense by contesting shots at the rim. He admitted that he was winded at times, but Washington will absolutely need him more on the defensive end than offensive going forward.

Next Game: The Wizards will desperately try to pick up their second win of the season against the Knicks on Sunday.