Eagles depth-chart shuffle to be tested against Dallas 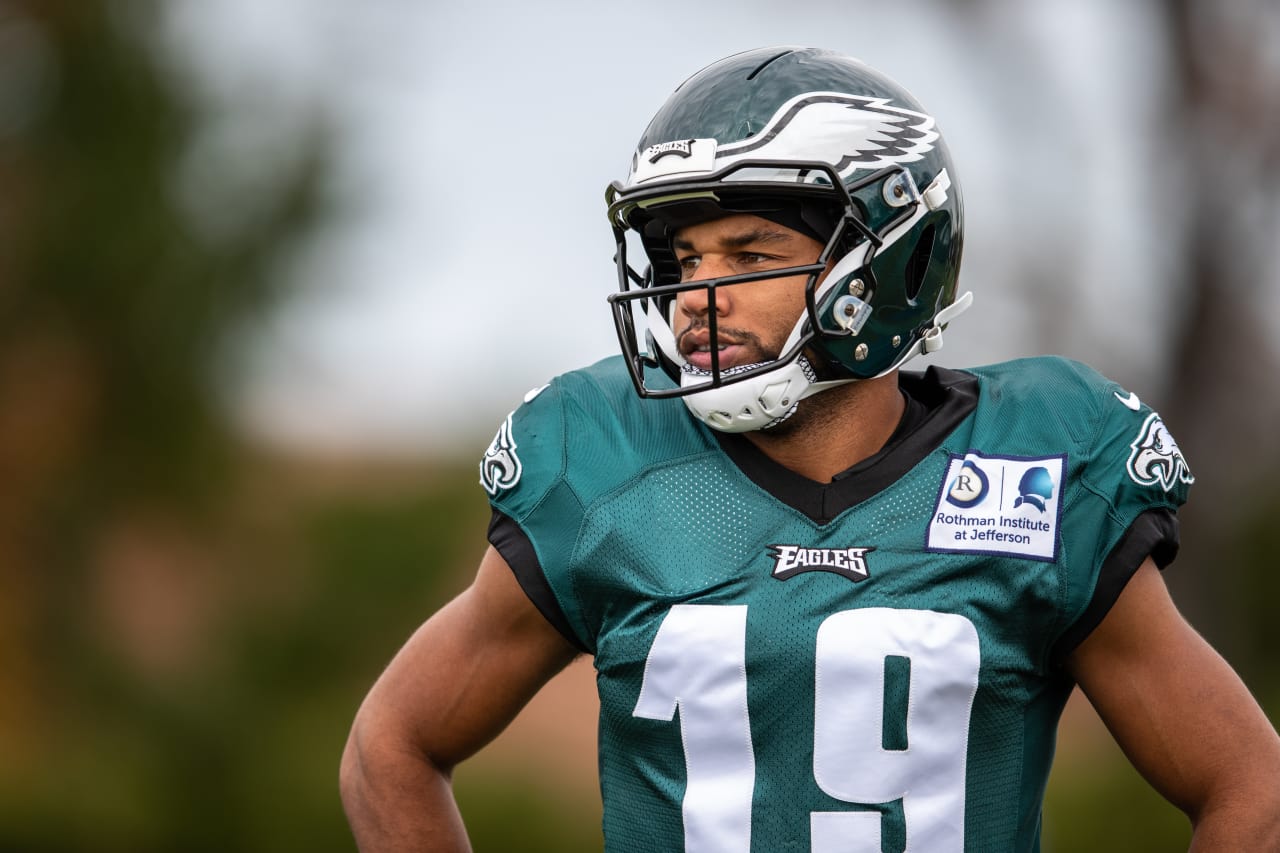 Eagles depth-chart shuffle to be tested against Dallas

What a difference a year makes in the stability of the Eagles’ depth chart! Last season you could pretty much write down in green ink who was playing what position, and in what packages they would play. This year you need to use a pencil with a big eraser to submit the weekly lineup card.

Filling in for injuries is always a big part of lineup changes, but this season has tested the limit of that statement. We are way beyond the “routine” injury substitution quota.

Add to that variable the fact that so many replacement players we brought in from the outside or up from the practice squad have for whatever reasons not panned out. Guys are up for two weeks (like CB Dexter McDougle), then gone. Just off the top of my head, I am guessing we’ve had a total of 70 different players suited up on the active list on gamedays so far. That doesn’t bode well for building the kind of cohesion you’d ideally want to go on a big winning run this late in the season.

But we’re dealing with the roster-shuffle way of life as best we can.

This coming Sunday night both the Eagles and the Cowboys are shuffling from the bottom of the deck. For us, cornerbacks Jalen Mills and Sidney Jones are likely out, along with RB/PR Darren Sproles, who suffered yet another setback with his hamstring. The Cowboys will be without, at least, linebacker Sean Lee. Guard Zach Martin is expected to play with a knee injury, a disadvantage vs. Eagles defensive tackle Fletcher Cox in the middle. But Eagles tackle Lane Johnson, who is expected to play despite a knee sprain, will be at less than 100 percent against premium edge rusher Demarcus Lawrence.

At least the Eagles are holding one potential ace in the hole—WR/RB/possible punt returner Golden Tate makes his debut for Evergreen.

We will be doing some more shuffling in the defensive secondary. At outside cornerback Rasul Douglas will probably take over Mills’ spot. The slot position will have a different look for Sunday with the release of McDougle. It could be Corey Graham, who is back for the first time since Week 5…. or Avonte Maddox could move down from safety into the slot cornerback, where he took the majority of his offseason reps and in the early part of the season.

The Eagles could also keep Maddox at safety and have Graham as the No. 3 safety in dime packages like last year, basically a fifth defensive back. If that’s the case, newest Eagle Cre’Von LeBlanc would get the nod at slot cornerback.

LeBlanc went undrafted in 2016 out of Florida Atlantic and signed with the New England Patriots. He was waived by New England after the preseason and was quickly claimed by the Chicago Bears. As a rookie in 2016, LeBlanc appeared in 13 games with nine starts. He finished the season with 44 tackles, 10 pass deflections, two interceptions and one defensive touchdown.

Last year he saw action in 15 games with one start with the Bears. During that time he recorded 17 tackles, one sack, three pass deflections and one forced fumble. He was used a lot out of the nickel slot as a rookie but saw that role decrease last season when Bryce Callahan returned healthy.

Safety Malcolm Jenkins on LeBlanc’s situation: “His legs are definitely fresh, he’s got the attributes to play in the slot, that was apparent, so really it’s just coming down to the verbiage, the calls, the techniques. Like I said, he’ll practice (Wednesday), (Thursday), Friday and that’s it, and then he’ll go play, it’s a tough spot to be in.”

Welcome to the Philly Shuffle!

Here is the revised (for the 9th time!) depth chart for the Eagles this season: