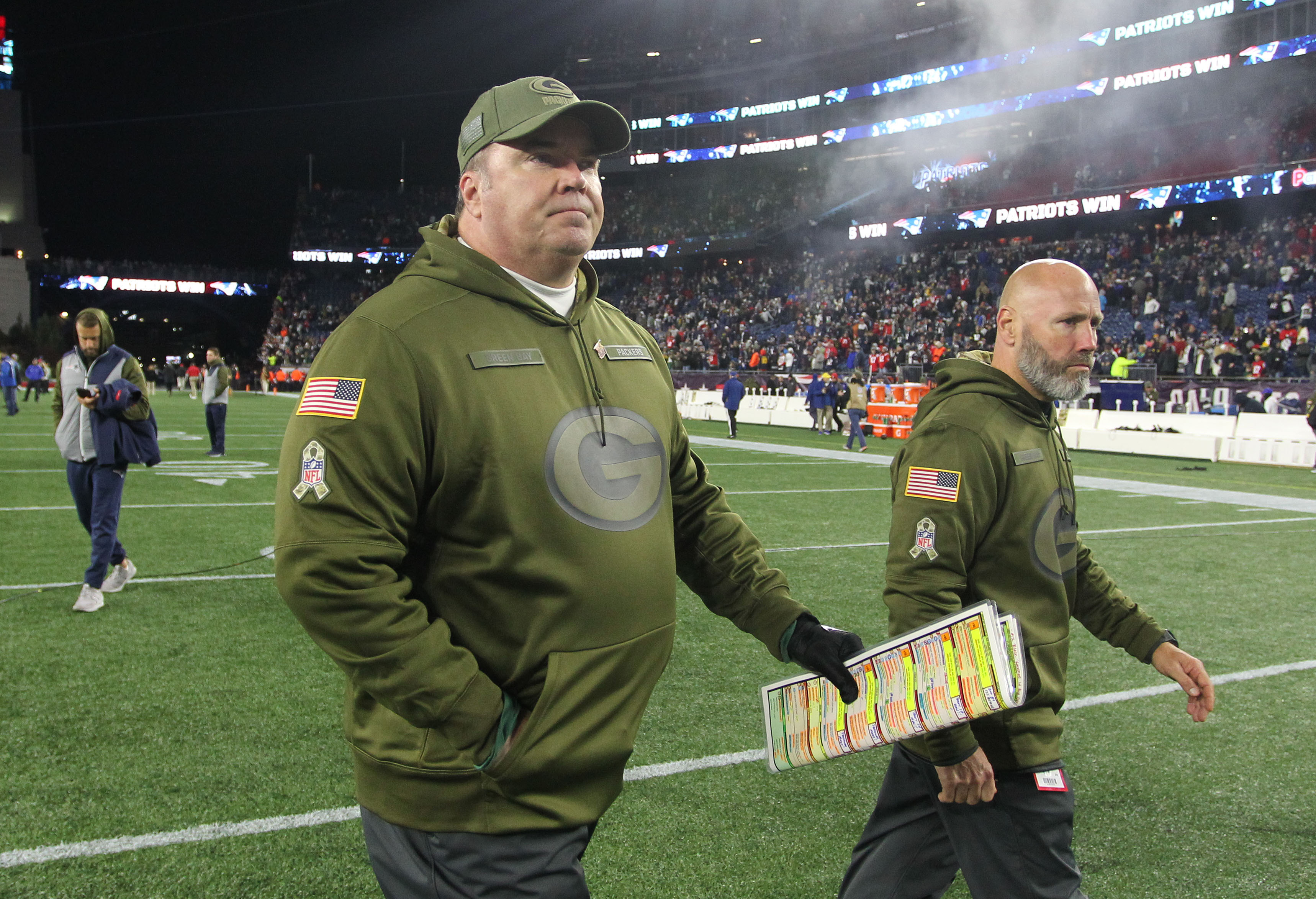 Packers head coach Mike McCarthy has seen his seat go from hot to scorching in the wake of the team’s 27-24 loss to the Seahawks on Thursday night.

The Packers have now lost three of their last four games, and the team remains winless on the road this season (0-5). Two of their five losses have been by three points or less, and three have been decided by less than nine. The Packers are currently 4-5-1, and they could easily be 6-4, or maybe even 7-3. The team remains in the playoff hunt, but let’s be honest, this team probably isn’t going to run the table, especially with road games in Minnesota and Chicago. They were listed as only a three-point underdog in Thursday’s game, which this website did a great job of providing betting advice for, and it was a contest they certainly could’ve won.

An unbalanced offense has plagued the Packers this season, mainly due to their lack of a run game in the first half of the season. It’s fair to question why 2017 draft pick Aaron Jones showed promise every time he touched the ball, yet, for some reason, McCarthy rarely elected to use the elusive running back. Instead, he favored the slow-footed Jamaal Williams.

Jones did begin the season suspended, so he missed the first two games. Still, he received only 32 carries total in the four games that followed. Here’s the thing: He averaged 5.1+ yards per carry in all four of those contests, which the Packers went 2-2 in. If Jones had received more touches, maybe one of those losses could’ve had a different result. It also would’ve helped take the pressure off quarterback Aaron Rodgers, as he recovered from his knee injury, playing with a brace.

As for his rationale, McCarthy stated that Jones was a liability in pass protection. However, he’s shown that’s not the case. Jones played nearly every third down in Thursday’s game, and did a great job in protection. On one particular play in the fourth quarter, during a key third-and-nine situation, the Seahawks blitzed off the edge, and Jones did an excellent job of reading, and also picking it up. That extra second gave Rodgers just enough time to throw a 57-yard bomb to Davante Adams, and the Packers jumped out to a four-point lead during a pivotal point in the game.

Thursday’s game was likely the nail in McCarthy’s coffin. The team chose to make major changes in its front office during the offseason, and also replaced both coordinators. McCarthy was the only one that remained, but that will likely change in the future, as we predict he’ll be fired some point between now and next spring. It’s just a matter of when.

As for Jones, he continues to crush it. He’s racked up 275 all-purpose yards (four touchdowns) on only 34 touches in his last two games. Why he wasn’t utilized earlier in the season is a question that deserves to be asked — over and over.