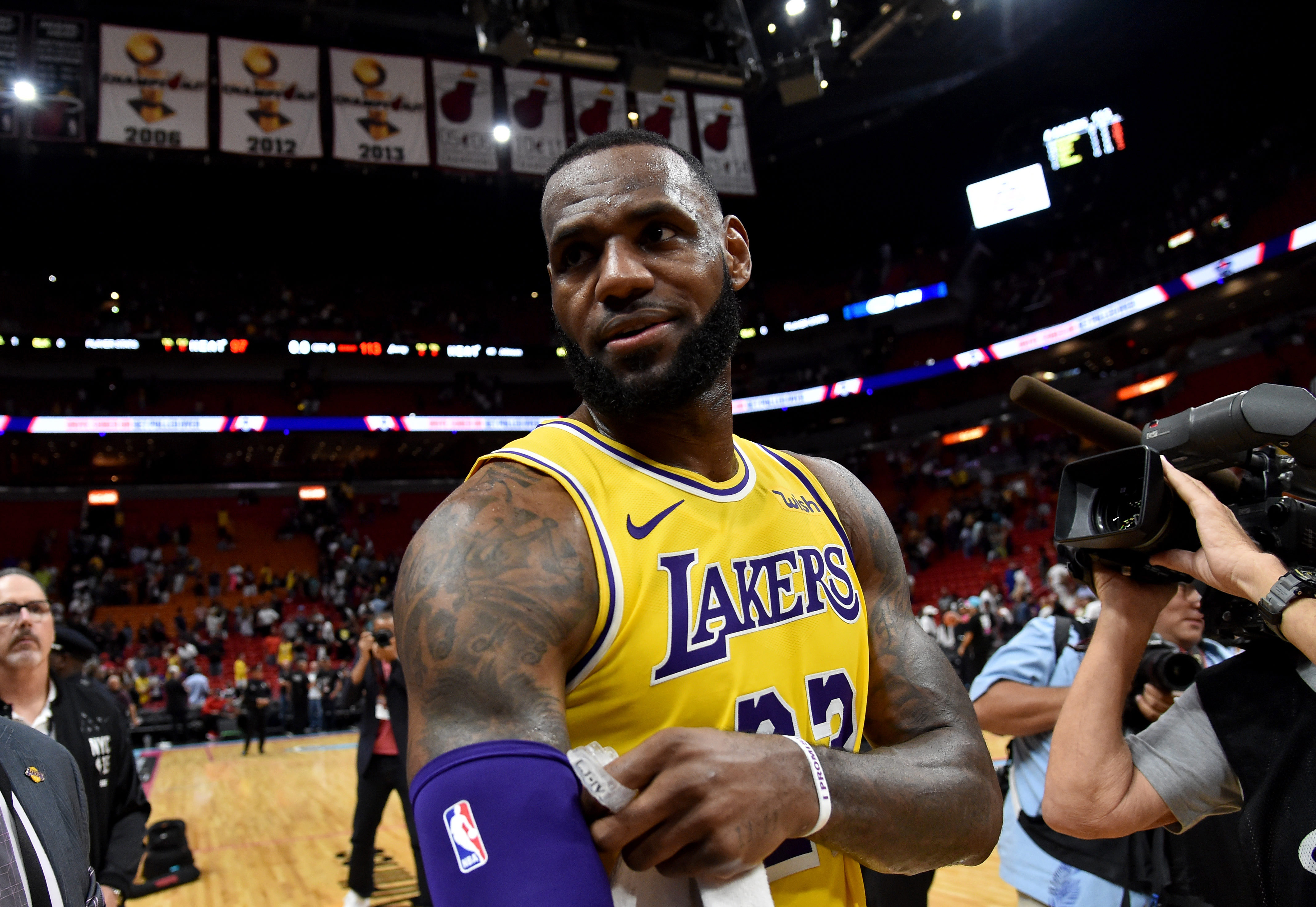 LeBron James helped guide the Los Angeles Lakers to a convincing 113-97 road win over the Miami Heat on Sunday night behind a season-high 51 points.

It was a dominating outing that James paced the Lakers past the Heat behind his effective shooting from the floor. This was a performance that also put him in the rare company alongside two former Lakers greats Kareem Abdul-Jabbar and Kobe Bryant to notch multiple 40-point games in their 16th year in the league, according to ESPN Stats & Info.

LeBron James has his second 40-point game of the season. He is the 3rd player with multiple 40-point games in his 16th season or later in NBA history.

All 3 have done it for the Lakers. pic.twitter.com/P5rfFzgU5y

This just speaks to the type of talent that James has as he’s still playing at an elite level that has earned him the reputation as being the best player in the league. The 33-year-old was once again feeling it on the court going 19-of-31 from the field including 6-of-8 from beyond the arc against the Heat.

There was simply no answer for him defensively as he had set the tone for the contest with 19 points in the first quarter. James has picked it up a notch over the last three games where he has posted both his 40-point outings. The other came on Wednesday against the Portland Trail Blazers in a near triple-double effort scoring 44 points with 10 rebounds, and nine assists.

This is just another feat that speaks to the caliber of player James has become and has continued to maintain even at this point of his career.