The end is nigh for the Washington Wizards 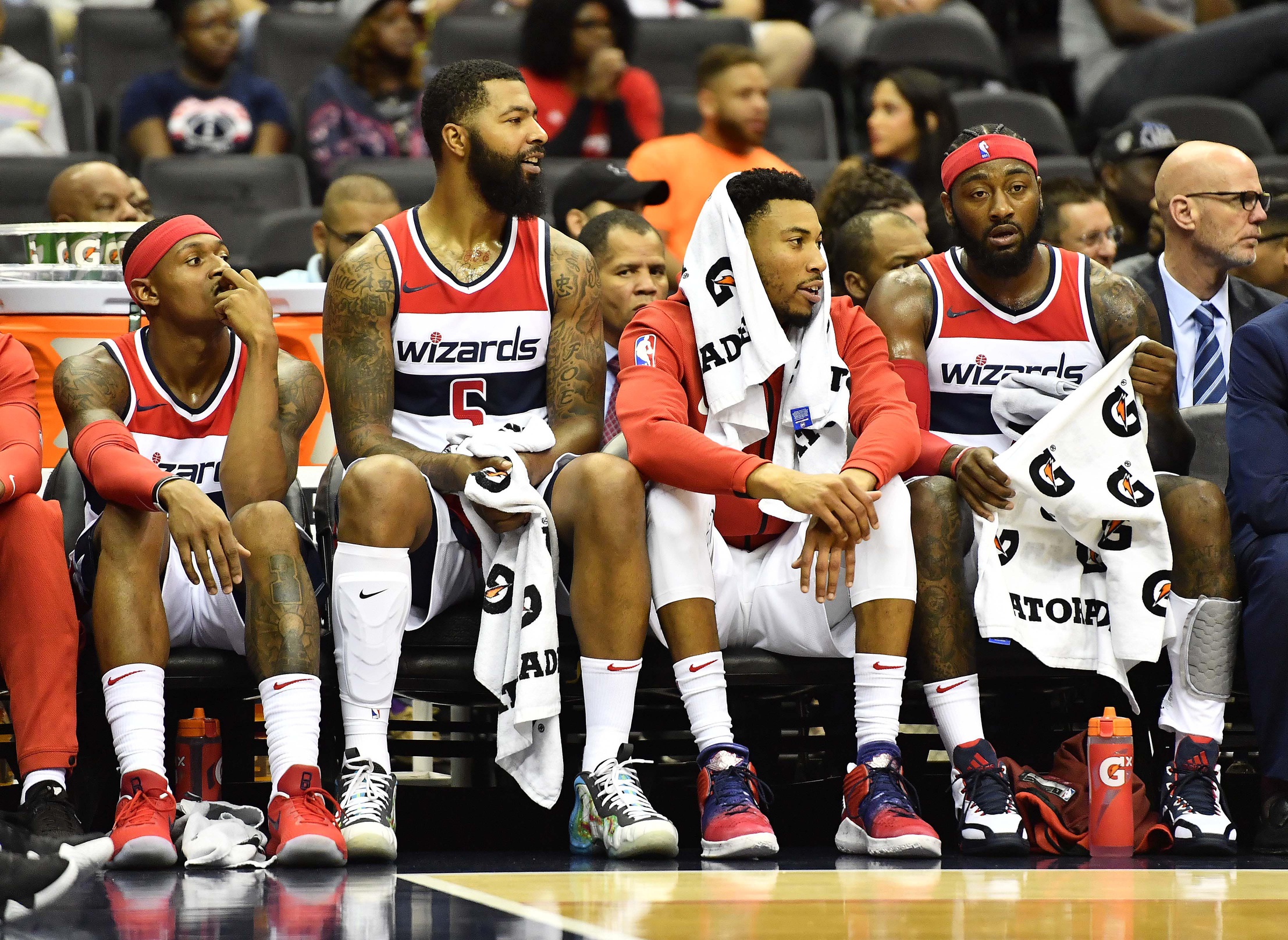 The end is nigh for the Washington Wizards

As the Washington Wizards’ season spirals, the franchise has started to deliver teams an impression that every player on their roster — including All-Star guards John Wall and Bradley Beal — is available for discussion in trade scenarios, league sources told ESPN.

Washington’s preference remains to reshape the team around Wall and Beal, but poor play among key teammates is limiting their trade value and paralyzing the Wizards’ efforts to make meaningful changes to a roster that no longer appears functional together, league sources said.

The Washington Wizards, the perennial leaders in the NBA for “biggest talkers while having not proven anything,” are finally about to get their comeuppance.

The Wizards have spent years defiantly talking big and never living up to their own hype. It’s one thing to be a big trash-talker, we had maybe the best ever come through town 30 years ago, but it’s another to keep talking when you can’t back it up.

A little more than a month ago, Austin Rivers said this:

“I think we’re heavily slept-on,” he tells me. “Team’s been to the playoffs, what, the last five, four or five years? Then going into this year, you add me, Dwight Howard, Jeff Green and nobody seems to talk about us. So I just think we’re heavily slept-on, but that’s fine. At the end of the day, nothing really matters until the season starts and we set that tone for ourselves. I get the hype of a couple of the other teams, but I think we have a chance to compete with the best of the East.”

nobody seems to talk about the Pacers because everybody’s so f—ing gassed up on the Celtics and the Sixers. And rightfully so: they’re both talented teams. But Indiana is just as good as both those teams. And I think we’re in the same situation.”

And that’s just the new guy. This has been going on in Washington for years, and the Wizards spend each passing season slipping further down the standings.

Washington’s biggest issue should they try to tear this thing down is that the players teams might want are in terrible contract situations. The only exception is Bradley Beal, who could be a franchise-changer in the right situation. He’s making $25,434,262 this season and is guaranteed $27,093,018 and $28,751,774 over the next two. In this market, it’s not a bad price to pay for a guy who can be as good as he can be.

The rest of the Wizards are much different. Otto Porter makes a little more than Beal does and is having rough start to the season. John Wall’s contract is about to do obscene things starting next season.

I don’t know who’d want to pay him that kind of money.

The only other guy on the roster a team might look at is Kelly Oubre and he’s going to be a restricted free agent next season. A team could trade for him and then roll the dice on free agent money drying up quickly and maybe getting him on a reasonable deal.

Beyond that, I want nothing to do with anyone on that roster. And just in case a few of you are toying around raiding the Wizards and making a run for Beal, keep in mind that Boston has to match salaries and they don’t have many ways to do it. The most obvious way would be Smart-centered return for Washington but he can’t be dealt until January 15… not that I would even advocate for it.

We’ll see how much fire there is here to go along with the smoke. It’s possible this rumor is being floated as a kick in the ass to a team that was supposed to be better than this. Or it could be the beginning of the end for this team.

Scott Brooks is under contract for two more seasons after this one, so I don’t know that Washington wants to pay him that much to go away. GM Ernie Grunfeld seems to be untouchable (he’s been there 15 years… long enough that his first move was signing Gilbert Arenas). The only move left is a trade… or hoping the threat of one is enough to snap players back into focus.