Giants want to run the ball with Barkley down Eagles' throat... 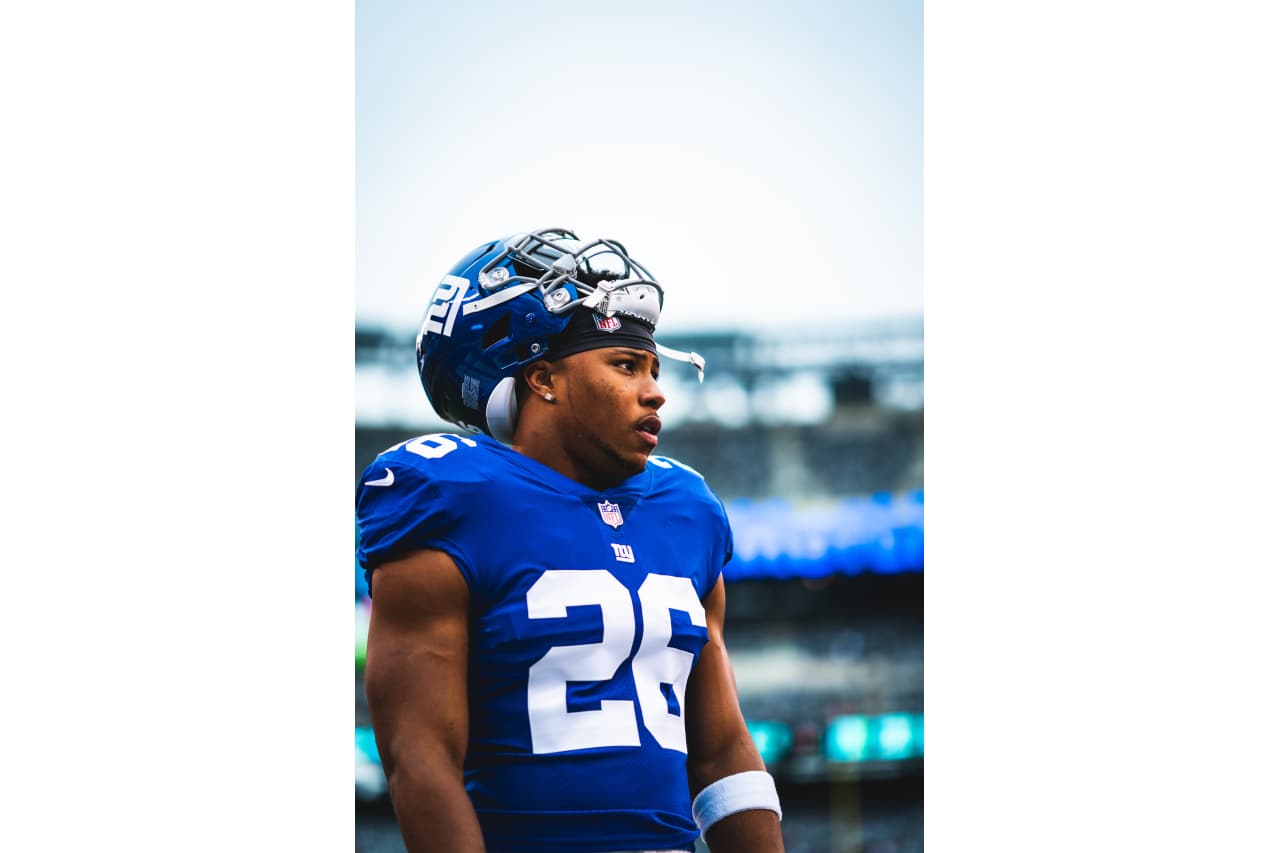 Giants want to run the ball with Barkley down Eagles' throat...

You’d think the G-Men’s strategy would be more inclined to slice and dice our depleted secondary with many, many, many passing attempts. But upon further review, it appears Big Blue wants to think more inside the box.

It’s about the quick and amazing maturation of Saquon Barkley as a power runner in the NFL. It hurts a little to remember Barkley as our own favorite Penn State connection last year. There was no way Barkley was going to slip to us in the Draft, and conventional logic dictates that drafting a running back in the 1st Round is risky business anyway, but…man, I wish he was “ours” again!

What’s been happening in New York City is the Giants brain trust finally realized they couldn’t win with Eli dropping back for 40+ pass attempts per game. The issue was not about Eli’s arm strength or the quality of his receivers, it was about Eli’s taking so many drive-killing sacks. It’s hard to remember when a NYG offensive line was so porous in pass protection.

What makes sense now for the Giants is to operate inside out and continue to center everything they do on offense around Saquon Barkley and not Odell Beckham Jr. It has produced two straight wins since they changed things up. Frankly, at 3-7, the Giants are just as much in the divisional race right now as the Eagles at 4-6…a sad admission but true.

The temptation is there for Pat Shurmur and the Giants to disdain the run and go right after our weakest body part—our defensive secondary. Starting cornerbacks Ronald Darby (on injured reserve) and Jalen Mills (foot surgery) are gone. The other starter, Sidney Jones, missed a month with a strained hamstring and came out of the Saints debacle with a new hamstring issue that puts him out against the Giants. The Eagles ended the game against the Saints with three cornerbacks — Cre’von LeBlanc, De’Vante Bausby and Chandon Sullivan — who were not on the team two weeks ago.

But the Giants will stick with the run-first strategy which has worked for them so well recently. Barkley’s season-high rushing attempts (20 and 27) have come the past two weeks, victories over the 49ers and Buccaneers. He ran it often but not well in Santa Clara, Calif., ran it more often and far better six days later.

Eli threw the ball only 18 times in their win against the Bucs.

It took until game No. 10 for the Giants to open up with three consecutive running plays. Barkley for 8, Barkley for 1 and Barkley for 6. Play No. 4, with the Bucs thinking run, was a play-action pass to Beckham for 41 yards. It is rarely this easy, but it is the formula the Giants feel they must follow. It is better for their offensive line, better for Manning at 37 years old and, with patience, better for Beckham.

“They’re going to call the runs as long as they’re working,” left tackle Nate Solder said. “That falls on our shoulders to make those things work. You can call three straight runs, and if they don’t work, then you abandon it. We’re going to make them work.”

Saquon Barkley played one game at the Linc as a Penn State freshman. Many of his friends are Eagles fans.

“Growing up in [Coplay] Pennsylvania, knowing about Eagles fans, I know that they’re different. That’s the best word I can kinda use for them,” Barkley said smiling. “They do have a great fan base, and it’s gonna be a fun game.”

The Eagles rolled the Giants 34-13 at the Meadowlands earlier this season, dropping them to 1-5. Barkley had a 130-yard rushing night with a 50-yard TD romp and caught nine passes for 99 yards and it made no difference. Things have changed since.

“They got us one time, they got us early in the season, and now they’re the next team on our schedule, so we gotta get ’em back,” Barkley said.

Nate Solder belonged to Bill Belichick when he lost in Super Bowl LII to the Eagles. “This game means a lot,” Solder said. “It’s a conference game, it’s a rival game, we gotta keep winning just to keep things going. … Yeah, it means a lot, absolutely, for a lot of reasons.”
*   *   *   *   *   *   *   *   *   *   *   *   *   *   *   *
Brisuksegg Fantasy Football League update…
Thanksgiving time means we’re nearing the end of the regular season for the Brisuksegg bunch, which also means we’ve got the usual last-minute scramble for favorable seedings in the league playoffs. Keep an EYE on Dutch and his Amish Mafia and the sneaky ~BROZ and his Fantasy Boys in the East, both of whom must keep Benny’s Bad Jews Bears at bay. In the West, it’s a battle royale shaping up among JB99’s Bri Slappers, ATV’s misery-loving Jinxers, and Hoppy’s Chocolate addicts.