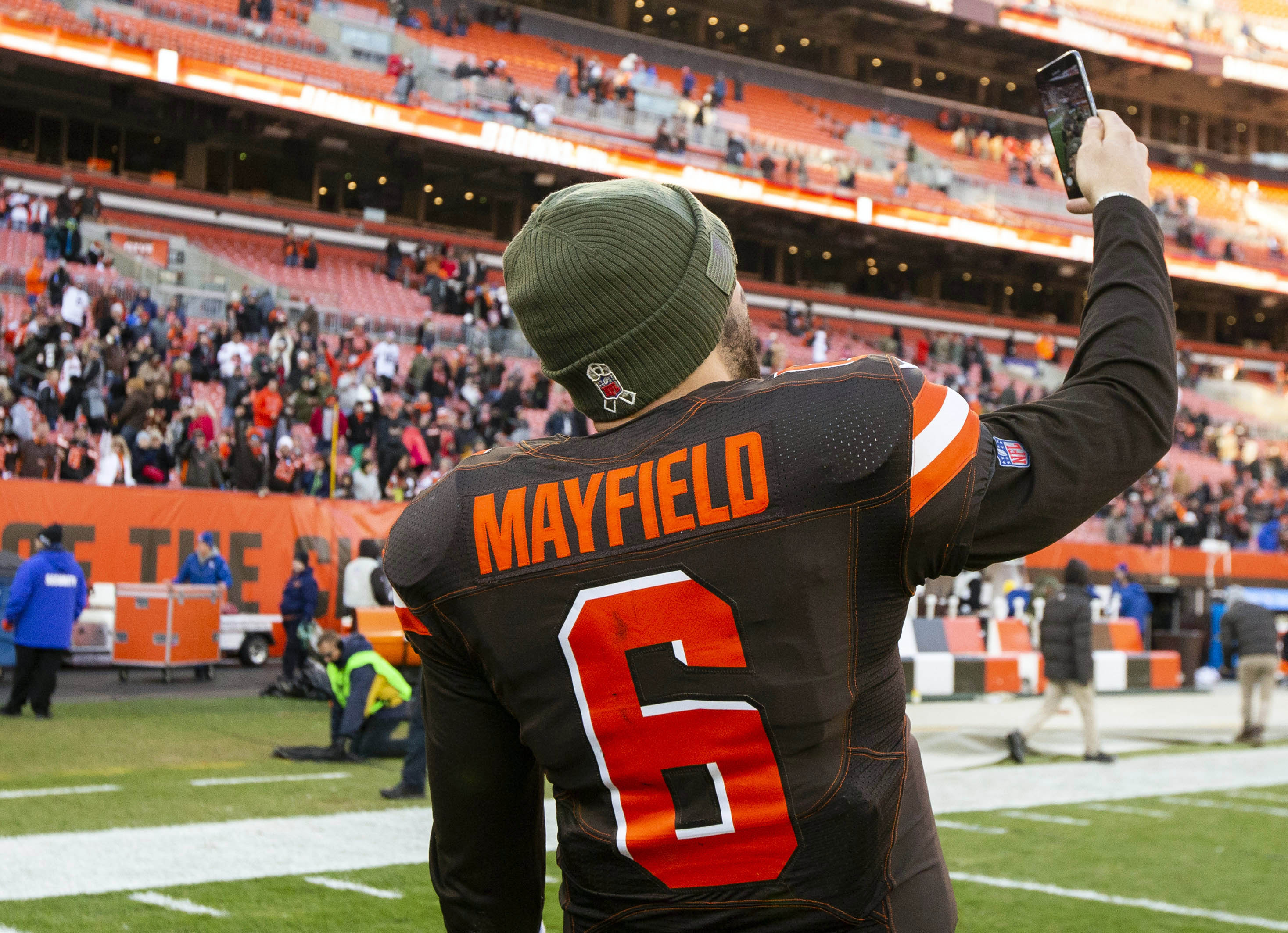 Browns quarterback Baker Mayfield, all of a sudden, has grown more outspoken in recent weeks.

Mayfield was quiet and said all the right things when the team was struggling, which appeared to be a big step for him, in comparison to some of the maturity issues he had in college. But now, maybe because the team is winning and has been playing better, he’s got that chip on his shoulder again.

NFL fans got a taste of it after Sunday’s 35-20 win over the Bengals, when Mayfield snubbed Hue Jackson on a hug attempt (watch here). When asked about it, he had this to say to reporters after the game.

“I don’t know,” Mayfield said. “Left Cleveland, goes down to Cincinnati, I don’t know. It’s just somebody that was in our locker room, asking for us to play for him and then goes to a different team we play twice a year. Everybody can have their spin on it but that’s how I feel.’’

ESPN analyst Damien Woody appeared on “First Take” on Monday, and he essentially told Mayfield to “grow up.” Here’s what he had to say.

“Baker Mayfield needs to grow up,’’ Woody said. “You’re dealing with grown men. Things happen in pro football. You can get fired, go to other teams. Players get cut. They go to rivals. It happens all the time. Coach gets fired, he decides to pick up another job, available job that Marvin Lewis obviously reached out to him about. And what I find funny about this whole thing, Baker Mayfield, didn’t he go from Texas Tech to Oklahoma.”

Woody is right, as Jackson was fired by the Browns, rather than leaving on his own terms. He was offered a job, and he took it. Jackson, at this point, has to do what’s best for him and his family.

It didn’t take Mayfield long to respond to Woody, though.

Mayfield should probably let it go at this point, and get back to improving his play on the field. That’s what rookie quarterbacks do. The ones that go on to be great don’t pay attention to any of this petty stuff, and they spend their time studying tape and honing their craft. Mayfield has all the tools to be great, with a high ceiling, but he’d be better off just taking the high road on some of these battles with the media.