Raptors provide a blueprint on how to beat Warriors 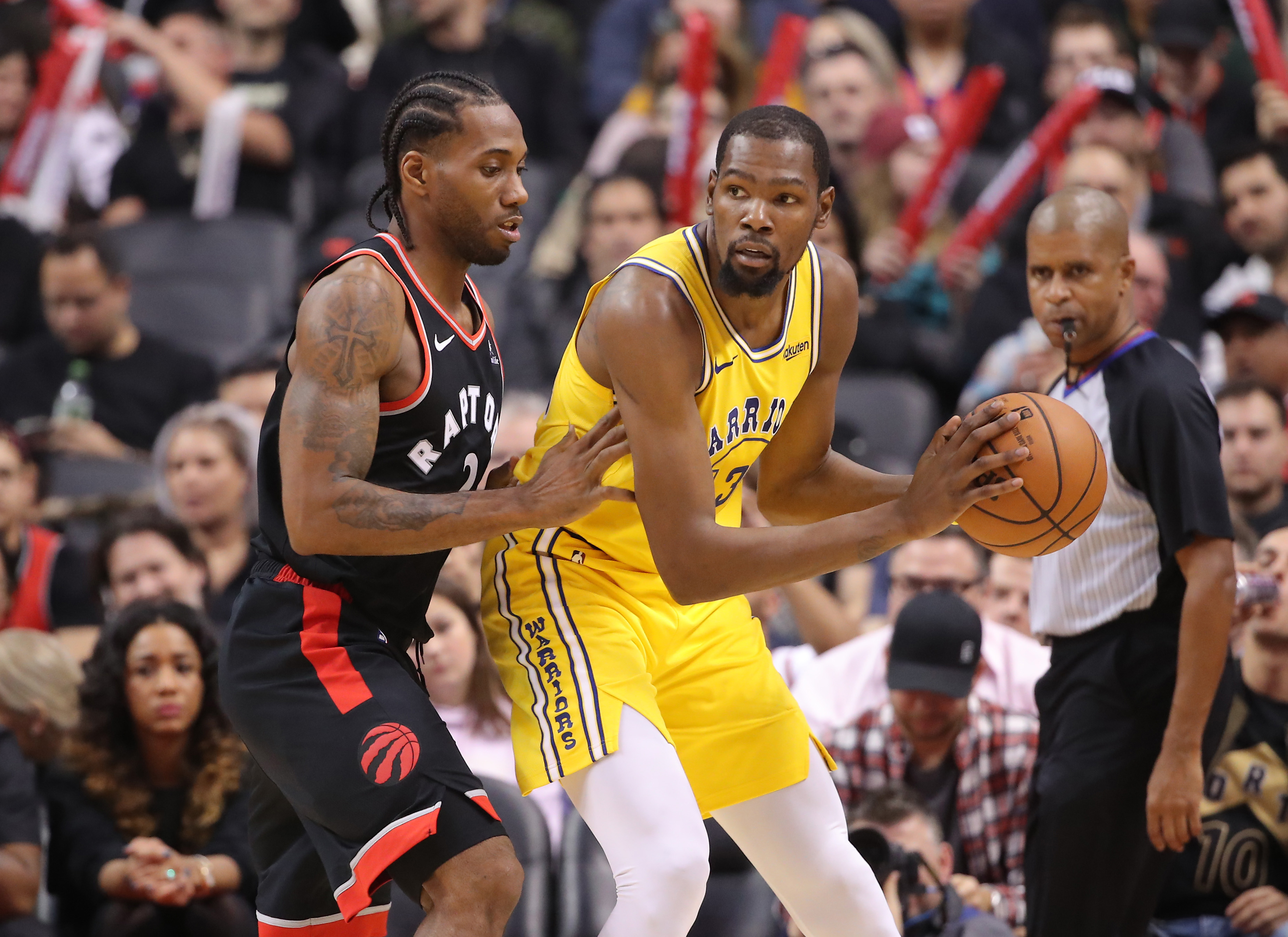 Raptors provide a blueprint on how to beat Warriors

On a chilly November night, basketball games aren’t supposed to mean too much in Toronto.

Besides, they’d been rudely ousted from the playoffs 3 straight years by LeBron James, even after successful regular seasons.  So a hot start, while not unfamiliar to them, shouldn’t be celebrated or hyped too much just yet.

But when the Warriors came to town Thursday night, the atmosphere in Toronto was buzzing, the crowd electric.  Even without Stephen Curry and Draymond Green, the Warriors still stood as the defending champions, and the Raptors wanted to make a statement against them.

And make a statement they did.  Despite blowing an early 18-point lead, allowing the Warriors to tie the game with seconds left, the Raptors hung on behind a season-high 37 points from Kawhi Leonard and a career-high 26 from Pascal Siakam.

Not many teams can withstand a Kevin Durant onslaught.  KD went off for 51 points, seemingly trying to both will the Warriors to victory and send a message of his own to his good friend Drake, sitting courtside.

The Raptors, though, didn’t let anyone else beat them.  Klay Thompson had 23 points, but missed several key shots late in the 4th quarter.  Jonas Jerebko was the only other Warrior in double figures.

Meanwhile, the Raptors had 6 players in double figures, proving that it takes contributions from everywhere to take down the champs.

But the main factor on how the Raptors can be different from every other Warriors-challenger is defense.  The Raptors have length on the wings, with Siakam, Anunoby, Danny Green, and Kawhi.  And with Kawhi Leonard being one of, if not the, best defensive players in the NBA, the Raptors feel confident leaving him on an island against the opponent’s best player, similar to how teams treat elite cornerbacks in the NFL.

And while KD had himself a night, Kawhi’s value on defense can’t be understated.  The rest of the team seems to follow suit.  If you take away Kevin Durant’s absurd 51-point gem on 58% shooting, the rest of the Warriors combined shot a mediocre 44% from the field.

Though it’s true the Warriors have plenty of offensive struggles of their own without Curry and Green on the floor, the Raptors defense has to be given credit with their length and athleticism.

It’s going to take that kind of concerted defensive effort to beat the Warriors.  Last season, the Rockets tried to build their team around out-scoring the Warriors.  Which almost worked had it not been for an untimely Chris Paul injury.

But the Raptors are doing it on both ends of the floor.  And with traditional Warriors-killer Kawhi Leonard leading the way, they’ve shown glimpses of having the talent, manpower, and length to slow the Warriors.  The Milwaukee Bucks’ utter domination of the Warriors earlier in the season followed the same blueprint, as the Bucks also have length and athleticism up and down their roster.

Even without playing against all of the Warriors’ stars, these teams are showing what it takes to cripple the mighty Warriors’ offense.

The Raptors’ next matchup on December 12 against a possibly healthy Warriors team might provide a better sense of where the Raptors stand, and what hopes they have in a 7-game series, should it come to that.

Until then, the 19-4 Raptors can sit pretty at the top of the NBA world.  For now.