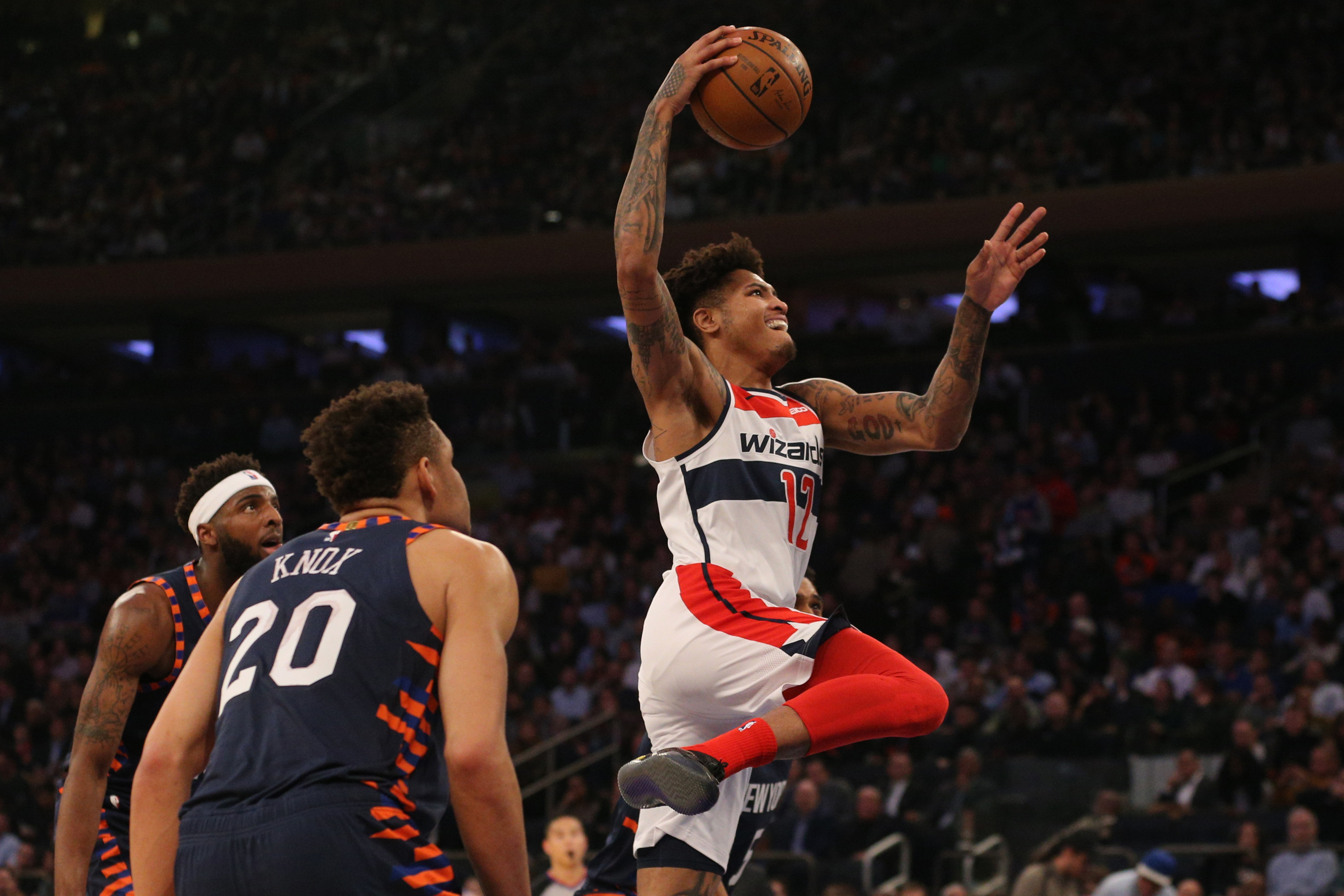 The Washington Wizards have a four-game home winnings streak at Capital One Arena, but if they wanted to finally climb out of the sub-.500 hole, they would have to start playing better on the road. Coming into Monday’s game, Washington was a miserable 2-9 away from D.C., but they took care of business against a lottery-bound New York Knicks team. It took some late game heroics from John Wall because of a sloppy finish, but a win is a win. Heck, you might even say it was a good “team” win.

Dominant start to the second half

Late in the first half, the Knicks were up 61-50 before a Bradley Beal layup before intermission. Washington’s defense was not at the level it needs to be, which has been an issue for much of the season. Whatever Scott Brooks or the team leaders said or didn’t say at halftime needs to be bottled up, replicated 100 times, and used throughout the rest of the season. The Wizards began the third quarter on a whopping 20-4 run to take the lead once and for all. In the third quarter, the Washington starters of Wall, Beal, Satoransky, Porter, and Bryant were a +71. The road team scored 34 points on 15-of-25 shooting with 12 assists, seven from Wall. The home team had just 19 points on 27.3 percent shooting. Yes, it is against a bad New York team that Washington has no business being down double-digits to, but this was a game that the Wizards might have lost last season or the first month of this season.

In 32 minutes of play, the restricted free agent had 21 points on 8-of-11 shooting including a career-high tying five three-pointers. Oubre has struggled in 12 games at home as he is averaging just 9.2 points on 37.1 percent shooting from the field and 20.5 percent from beyond the arc. In 12 road games, the forward is averaging 14.8 points on 46 percent shooting from the field and 38.8 percent from deep. That is a difference of 5.6 points, 8.9 percent from the field, and 18.3 percent from three. Theoretically, role players perform better at home, but that is clearly not the case for Oubre. This has been puzzling to Brooks as he has expressed such confusion multiple times this season. While the Wizards are on this four-game road trip, he probably will not complain. Other role players that played well included Markieff Morris with 18 points and seven rebounds off the bench and Tomas Satoransky was a game-best +15 in 24 minutes of spirited play.

Strong game from the starting backcourt

Before the game, Knicks head coach David Fizdale told reporters that John Wall and Bradley Beal are a top-5 backcourt in the NBA. This is not news whatsoever. Aside from Golden State and Portland (and despite Washington’s struggles this season), there is not a duo clear cut ahead of Wall and Beal’s resume. The House of Guards played well in New York for good measure. Beal stuffed the stat sheet with 27 points on 12-of-25 shooting to go along with eight rebounds and seven assists. He had some crafty finishes that were a sight to see for sure. Wall had just 15 points on a mediocre 6-of-19 shooting until late in the game where he knocked down his sole three-pointer of the season that ended up being the difference in the game after the Wizards nearly squandered a 15-point lead with 3:18 to play. More notably, the five-time All-Star had a season-high 15 assists, which for a while (until five minutes left in the game) was as many as the Knicks had in the game as a team. When Wall is getting others involved, the Wizards are at their best offensively.

This might be prettier than his jump shot 🐼 pic.twitter.com/HwwLSsTHbj

Next Game: Washington will travel to Atlanta for a matchup with the young Hawks on Wednesday.