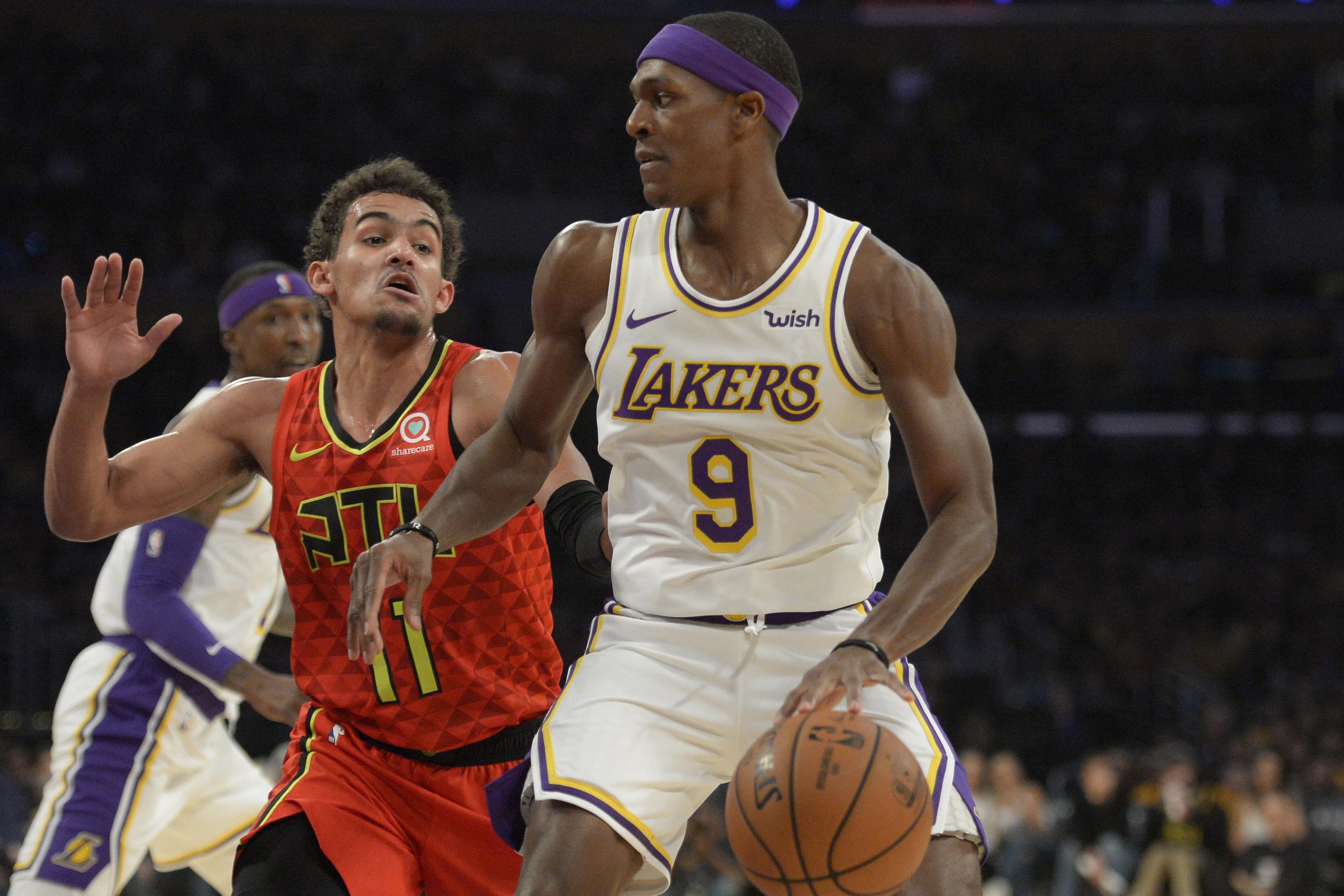 In the last several days, Los Angeles Lakers veteran point guard Rajon Rondo has continued to make progress in his recovery from a fractured hand.

Rondo took yet another progress in his rehab as he has been cleared for contact in practice but won’t be able to play in Wednesday home game against the San Antonio Spurs, according to Ryan Ward of ClutchPoints.

Rajon Rondo has been cleared for contact progression. He won’t play on Weds vs. #Spurs, however. #Lakers

This comes just a few days after he was cleared to participate in non-contact drills for the first time since fracturing his hand back on Nov. 15 against the Portland Trail Blazers.

The 32-year-old had recently shifted to a role off the bench where he was the primary ball-handler and orchestrator of the offense. In 11 games played, Rondo is averaging 8.5 points on 45.5 percent shooting from the floor and 42.9 percent from beyond the arc along with 6.5 assists, 4.5 rebounds, and 1.2 steals in 25.3 minutes per contest. This includes notching three double-doubles while scoring in double figures six times along while reaching 10 or more assists three times so far this season.

This is yet another sign that he is nearing his return to the fold as he will need to show that he can handle the increased workload in the practice setting. He has recently picked up his activity as he had been participating in on-court drills as recent as prior to Sunday’s game against the Phoenix Suns.

His return to the fold will give the Lakers another much-needed ball handler as he has shown he can lead the second unit effectively. This will also help lessen the responsibility in that regard for LeBron James, Lonzo Ball, and Brandon Ingram. This will allow them to get back to playing in more suitable roles that can be effective for the team offensively on the floor. There should be more clarity in the coming days on when he will be back on the court.