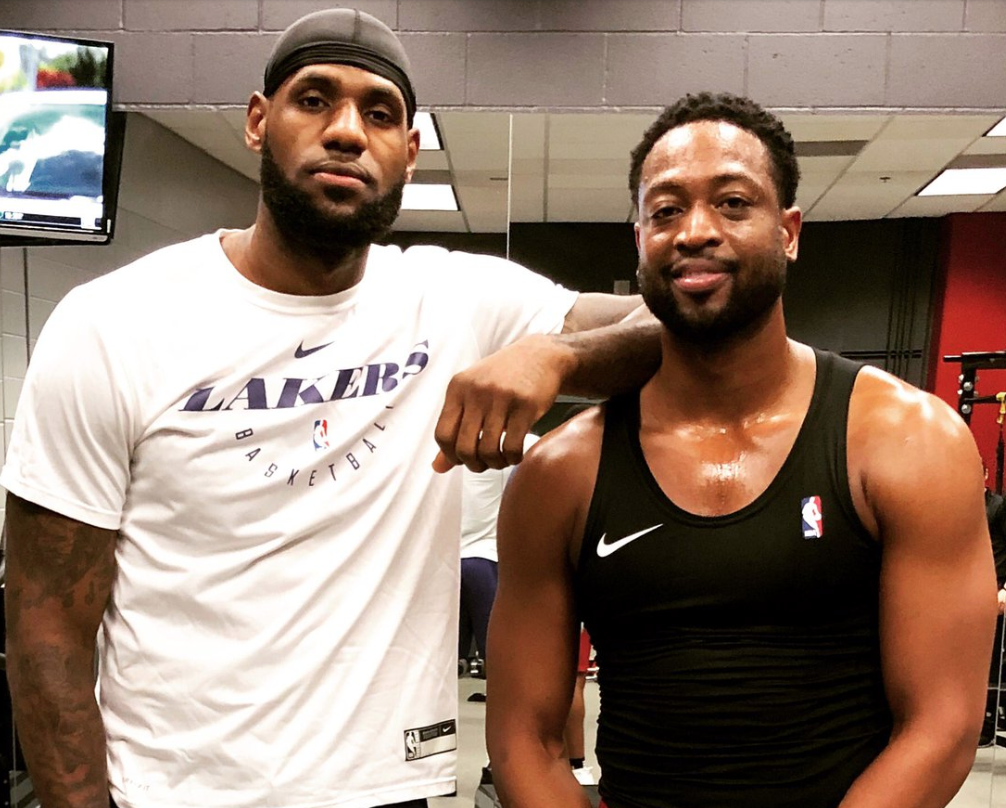 Dwyane Wade squared off against former teammate LeBron James for what will likely be the final time (unless the two meet in the playoffs) in Monday’s game at Staples Center, and he shared a warm embrace with his banana boat buddy during the contest.

James gave Wade a big hug on the court after the Lakers played a tribute video on the jumbotron following the first timeout of the game.

Heat’s Dwyane Wade gets a video tribute and standing ovation in LA plus a hug from Lakers’ LeBron James pic.twitter.com/bAOIKz97hd

The fans at Staples Center showed Wade a lot of love as well, as he received a standing ovation when he entered the game roughly five minutes into the first quarter.

It’s great to see Wade got the respect he deserves from both the Lakers and their fans.