Let's talk about Paul George and the MVP 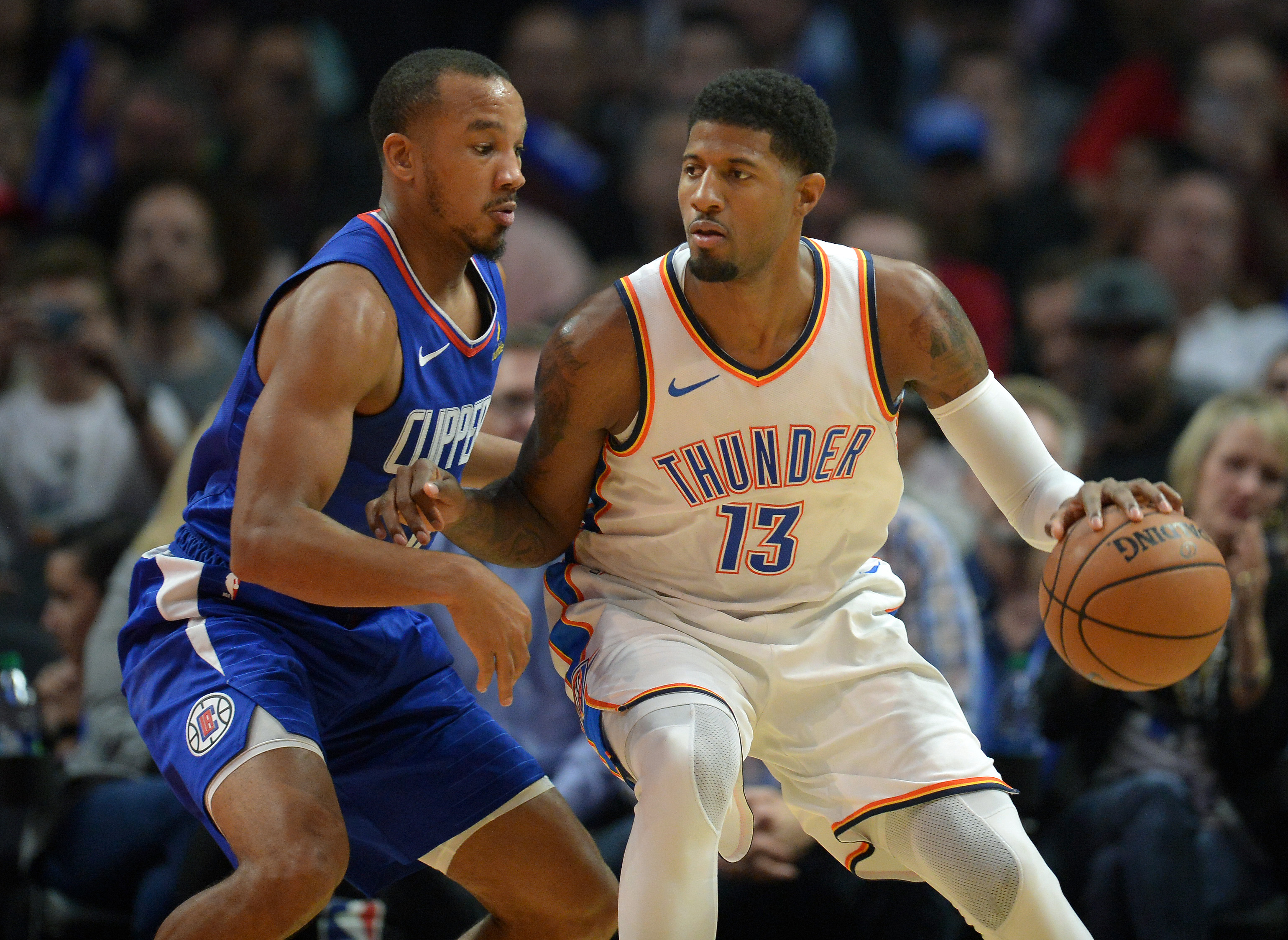 Let's talk about Paul George and the MVP

We’re about a quarter through the season and some usual MVP suspects are starting to flesh themselves out. We’re talking Giannis. LeBron. Embiid. Curry. AD. A name you might not have expected to hear…Paul George.

Usually, when we talk about MVP candidates from the Thunder, we think about Russell Westbrook, and rightfully so. Russ is among the league leaders in defensive metrics and averaging another triple-double for the first place Thunder. Guess what, though. Westbrook hasn’t even been the best player on his own team this year.

Am I going to give you an in-depth breakdown of PG13’s 2018-19 season? I’ll spare you. After all, there is more and more breaking news in the NBA every day now, Robert Mueller is dropping Woj bombs about President Trump and apparently our climate is imploding as we speak. In other words, there is a lot of news for you all to catch up on.

So, I’ll give you the short and sweet. Let’s start with the numbers.

How does George compare to the other MVP candidates? I put George’s numbers against Steph Curry, LeBron James, Anthony Davis, The Greek Freak, and Joel Embiid. Here’s the breakdown:

Is George leading in these categories? No. But the MVP is not automatically handed to whoever leads the league in scoring. Ask Steve Nash. There are multiple factors that go into determining who deserves MVP votes. Yet, it is good to see PG13’s numbers be relatively comparable to the other players making serious noise for this offseason’s hardware. After all, 24.3/4.3/7.8 splits on 43 percent shooting from the floor and 36.5 percent on 8.9 triple attempts per game is pretty darn good.

Is he shooting 50 percent from deep like Steph? No. Pulling down crazy boards like Giannis, Davis and Embiid? Nah. Dishing out assists to young gun teammates like LeBron? Nope. But you know what George is doing?

The guy is playing Defensive Player of the Year caliber defense while leading the Oklahoma City Thunder to the best record in the bloodbath Western Conference. True basketball pundits love to talk about the other side of the ball when it comes to MVP discussions, but they tend to come up short. Not here, though.

The hierarchy of basketball skill set comes in this order:

There is an early list of potential DPOY winners for this season. Some names: Giannis, Embiid, Robert Covington, Paul Millsap, Myles Turner. Also on the list, and inching closer to the top of it, is George.

George’s court awareness has risen to a new level. Not only is he leading the league in steals, but he is flaunting his IQ when he nabs them. Does he poke the ball away from dribblers ala Kawhi Leonard? Absolutely. But he uses his long wingspan to snatch crosscourt passes in manner that leaves the passer thinking “where the hell did that guy come from”

Check out the clips below as we transition into…

A little bit of film

In this clip, George fights over a screen with a tenacity that would make the grumpiest of coaches smile. Yes, I am looking at you Coach Popovich. Then, George puts his hands in the air to disrupt either the lob pass to the roller, or the kick out to the shooter.

The steal comes easy for George, as it usually does for him. The dude just instinctually puts his hands in the air like he just walked into a party playing Return of the Mack. An easy bucket in transition is the result. Textbook pick and roll defense, my friends.

Watch this next bit of film. AD rolls to the hoop after setting a solid screen on Westbrook. PG13 recovers to help out and guard Davis. Instead of trying to stick with Davis because, you know, he’s Kevin Garnett with a better 3-pointer, George reads the defender’s eyes and steals a cross-court pass in a way that makes you say aloud “when did Paul George become a wizard?”

While Steven Adams and Jerami Grant should both be getting early All-Defensive team recognition, the Thunder are the best defensive team in the league in large part to Paul George.

Putting it all together

In other words, this team does not move the ball too well. Alongside Russ, George is what keeps this offense afloat. He nails 50 percent of his isolation field goals and is the sole reliable 3-point shooter when they run a lineup of Adams, Westbrook, Ferguson and the albeit much-improved Grant.

Simply put, he has done a better job than Westbrook of carrying the offensive load for a team which certainly needs it. He stretches the floor better than Russ and is right there with him when it comes to iso scoring, drives, pull-up jumpers and catch and shoot triples. Shoot, he even leads Russ in some of those categories. Oh, and George is putting up one of his highest raw assist and assist percentage seasons ever.

So what do we have? We have a two-way gem for the best defensive team in the league helping his team reach first place in an historically brutal conference.