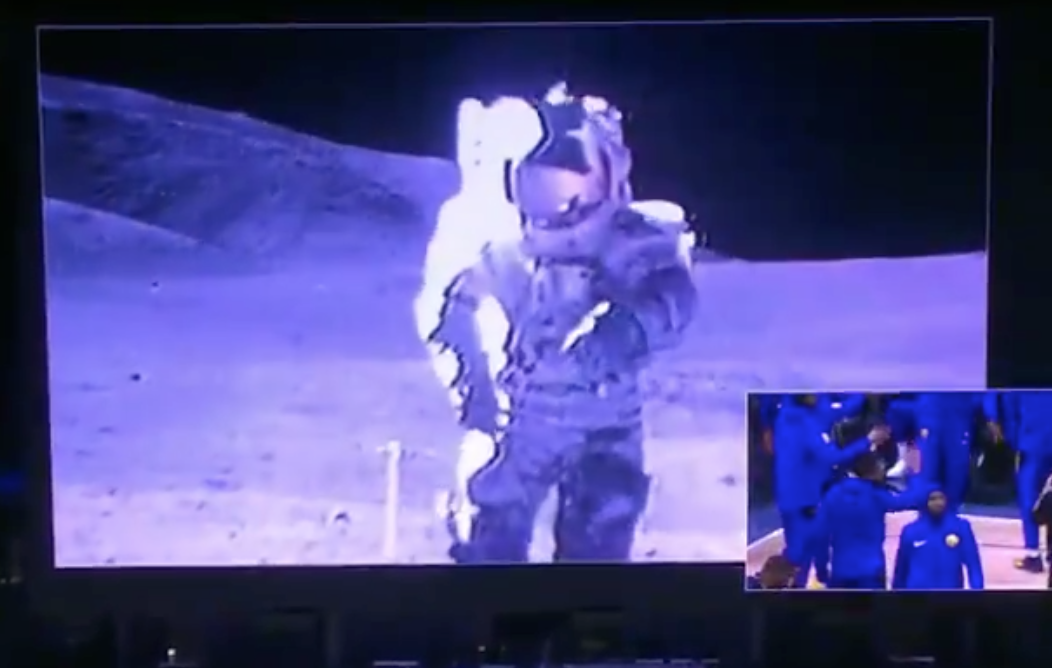 Warriors star Stephen Curry admitted that his recent skepticism over astronauts landing on the moon was all a joke, but that didn’t stop the Kings from having some fun at his expense over it on Friday night.

It’s always entertaining when the Kings and Warriors — who are interstate rivals — square off on the court, and Friday’s game at Golden 1 Center was no different.

The Kings entertained fans before the game even began, with a pretty clever troll job. They played a clip showing an astronaut landing on the moon on the video board during pregame introductions, while the Warriors’ names were announced. Curry found it amusing, as did his teammates.

That's one small step for man, one giant troll for mankind 🌑 pic.twitter.com/a1Ii9UvD7D

Not only that, the Kings had staffers holding up astronaut cutouts near the basket during the game, in an attempt to distract the Warriors while they were shooting free throws.