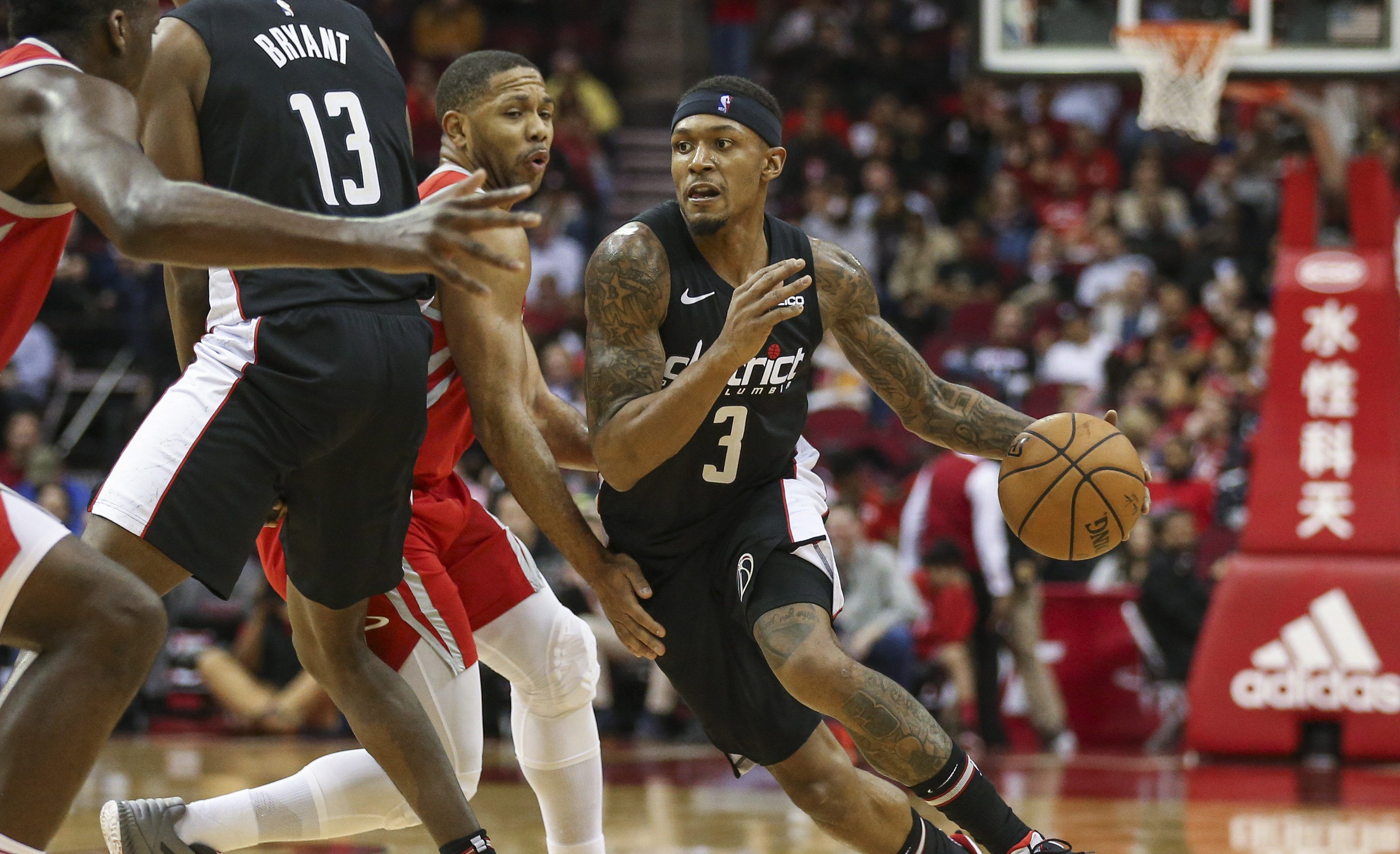 The Washington Wizards beat the Lakers then lost to the Hawks so given that information, you would think they would battle well against the Houston Rockets, the Western Conference runner-up last season. Instead, they got smoked and made history, but they were on the wrong side of it. Washington is 8 games below .500 for the first time since 2012-13 when they finished the season 29-53 in Randy Wittman’s first full season as head coach.

The Washington Wizards were the fourth worst three-point defending team in the NBA by allowing opponents to shoot 36.8 percent from beyond the arc entering Wednesday night’s action. The road team wished that it was only 36.8 percent. In the first half, the Rockets were 13-of-26 from deep, which is more made three-pointers than the Wizards have had in 58 percent (18 of 31) of entire games this season. Things would go from bad to worse for Washington as Houston set the NBA record for most three-pointers in the game with 26 triples. Whether it was miscommunication or just bad defense, the Rockets had open looks from beyond the arc all night and they were knocking them down with ease. James Harden and Chris Paul (11) had more three-pointers than the Wizards as a team (10).

#Wizards really just let the #Rockets set the #NBA three-pointers in a game record with 26 and it was MICHAEL CARTER-WILLIAMS pic.twitter.com/JVniOBk6IF

John Wall and Markieff Morris are two repeat offenders of not giving consistent 100 percent effort on the defensive end. I think they care about winning and losing, but they simply do not focus on their man on the defensive end. Wall talks constantly about taking pride in guarding your man, but that is just hypocrisy at this point. He himself as the self-proclaimed leader of this team does not take pride in guarding his man 1-on-1. He becomes stagnant way too often, relies on switching too much, and it happens time after time dating back to last season. That has a trickle-down effect on the rest of the team that leads to disastrous all-around defense.

wtf is this defense Markieff?! Bradley Beal pissed after. pic.twitter.com/tdFGJY7H92

Still time to … blow it up

Washington is not competing for an NBA championship this season as much as Dwight Howard’s humor might want you to believe. Toronto, Boston, Milwaukee, Philadelphia, and Indiana are on a tier of their own and the Wizards aren’t even on the tier below them. That might just be the case for a while as Washington’s talent is currently locked in for the foreseeable future with little maneuverability with cap space. Even though Ernie Grunfeld made yet another win-now move to try and save his job by acquiring Trevor Ariza, they can still accept that it isn’t happening this year. They could go for a retool like Toronto did with Kawhi Leonard or they could go for a full tank like Philadelphia did with Joel Embiid and Ben Simmons. First thing first, Grunfeld can no longer be making decisions; objectively, he just has too much failure on his resume. Ariza can be traded for an asset before the deadline, maybe a team like Phoenix, New York, or Miami takes on Wall’s contract, a team might be willing to take on Otto Porter’s contract, and there will be 29 teams lining up for a chance at Bradley Beal. Throwing in the towel for this season is still unlikely at this point because Ted Leonsis likes his playoff revenue, but things continue down this path, the Wizards will need to make changes by the time early February rolls around.

Next Game: Washington returns home to take on Kelly Oubre and the Phoenix Suns on Saturday. Marcin Gortat would like to know if there will be a video tribute for the Tsunami Papi.