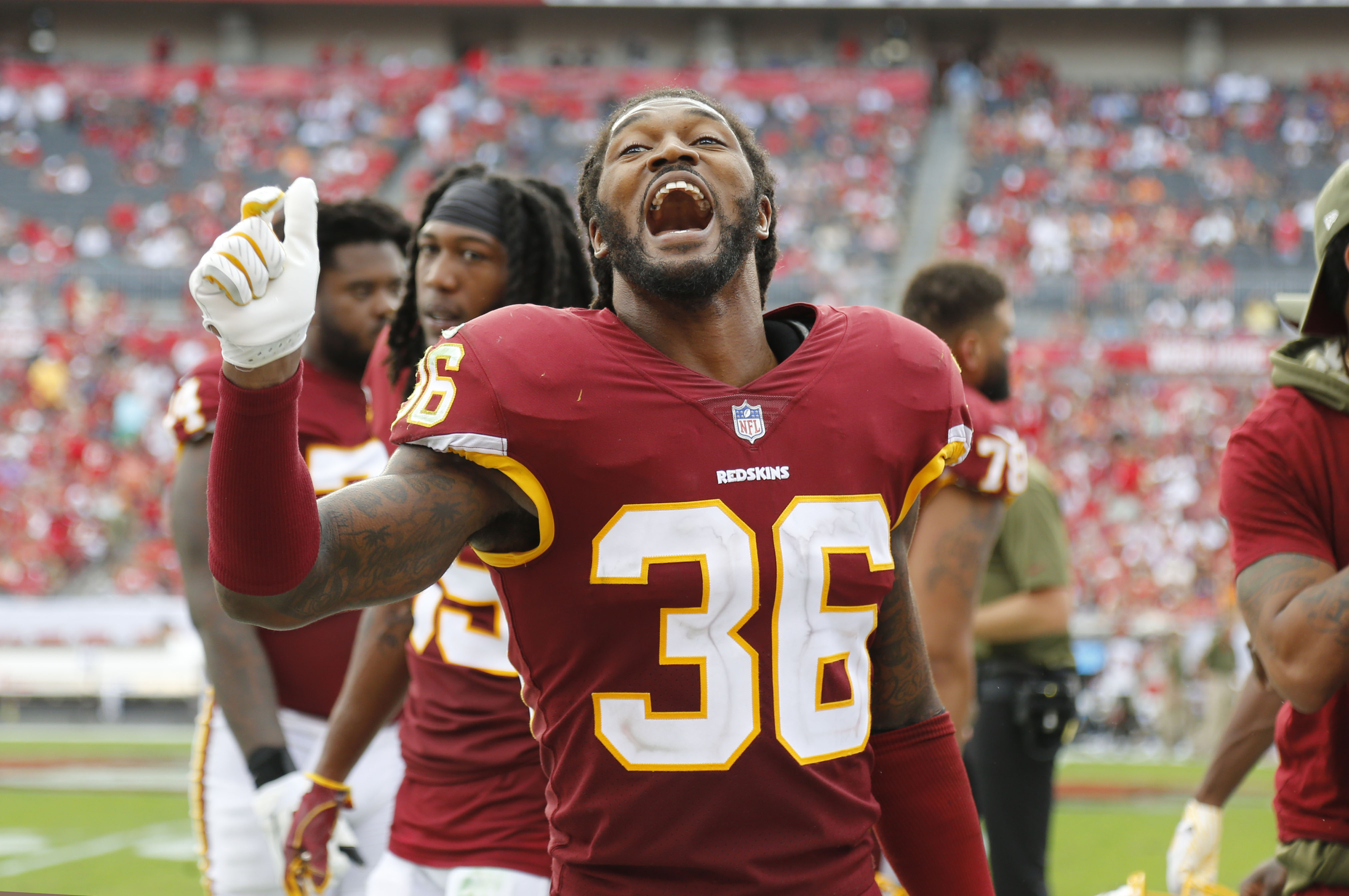 The Redskins’ playoff hopes took a huge hit following Saturday’s 25-16 loss to the Titans, and one of the team’s players was critical of the team’s defensive scheme after the game ended.

A pivotal moment in the contest took place in the fourth quarter, when Redskins cornerback Fabian Moreau was called for holding on a third-down play. Moreau’s penalty moved the chains to extend the drive, and the Titans went on to score the go-ahead touchdown not too long after. The Redskins played man coverage on that particular third-and-seven situation, and Swearinger didn’t agree with it, which he made clear in speaking to reporters after the loss.

“We should have blowed them out,” Swearinger said, via ESPN’s John Keim. “If I’m the D-coordinator, I’m calling zone every time on third down because you got a backup quarterback. Make him beat us. We’re playing a backup quarterback. Why would you put us in man to man? We are our best on defense when we look at the quarterback.”

Swearinger felt the team should’ve played zone coverage on the play that Moreau was called for holding on, being that the Titans had backup quarterback Blaine Gabbert under center. Gabbert entered the game late in the second quarter, after Marcus Mariota absorbed a big hit and suffered a stinger, which forced him to exit the contest.

“You don’t put Fabian in that situation on a backup quarterback,” Swearinger said. “Regardless of the [officials’] call, yeah, the ball was overthrown. But if we look at the quarterback, with all this talent we got in the back end, we could dominate every team every week. But I’m not the D-coordinator, bruh. We didn’t make the plays, I guess. There were plenty of plays out there to make, so we didn’t make the plays to win the game.”

For the record, Redskins defensive end Jonathan Allen didn’t appear to agree with Swearinger, as he threw his support behind Manusky on Twitter after the game.

It’s easy to question Manusky’s defensive scheme after the game was over, but man coverage was working pretty well up to that point, as the Titans had struggled on third down for the majority of the contest. They finished 5-for-11 for the game, and had Moreau’s coverage been better on that particular play, the Redskins would’ve been in great position to emerge victorious in the game.  Execution is just as important as playcalling, so the full blame for the loss shouldn’t be placed on Manusky.

It will be interesting to see what Manusky has to say about Swearinger’s comments, though.