Tired Wizards run out of gas and firepower against Pacers 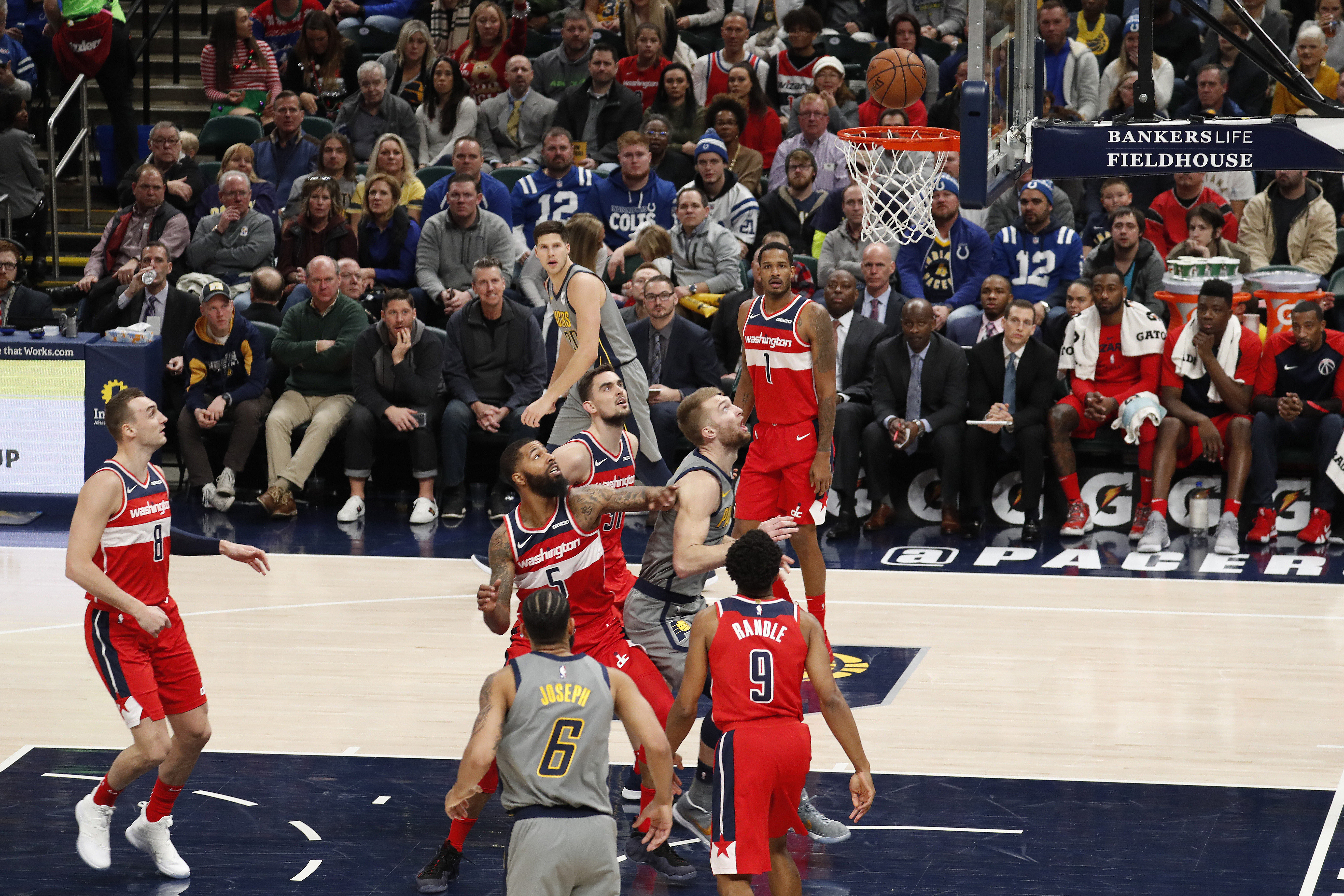 Tired Wizards run out of gas and firepower against Pacers

Less than 18 hours after a three-hour triple-overtime thriller between the Washington Wizards and Phoenix Suns, the former tipped off a new game against the Indiana Pacers. Going up against one of the Eastern Conference contenders would prove to be a difficult task for the road team that has struggled away from D.C. with that trend continuing Sunday night. The Wizards are now a miserable 4-15 on the road this season, the sixth worst record in the NBA.

Against the Suns on Saturday night, the Wizards committed a season-high 22 turnovers that Phoenix turned into 30 points. Fast forward a day and Washington matches the season-worst with another 22 turnovers that Indiana converted into 25 points. The only difference is this one finished in regulation and did not have 15 minutes of play. John Wall had seven of the miscues in just 28 minutes of play. Washington got to the free throw line, which explains some of it, but the turnovers also make up for the 21 fewer field goal attempts they had compared to Indiana.

On Saturday night, Washington’s starters logged extremely heavy minutes: Bradley Beal 54 (career-high), Trevor Ariza 54, Jeff Green 49, Tomas Satoransky 48 (career-high), and Thomas Bryant 36 (career-high). Wall returned to the starting lineup but was presumably still dealing with flu-like symptoms that cost him the Suns game. The Wizards shot just 36.8 percent (28-of-76) from the field including 25.7 percent from three (9-of-35). No one besides recently signed guard Chasson Randle shot better than 50 percent for Washington. After a 40-point triple double, Bradley Beal was just 2-of-11 from the field and seemed gassed with hands on his knees as early as the second quarter. John Wall was just 1-of-7 from the field. Markieff Morris was the team’s leading scorer with just 16 points. The Wizards have a decent excuse given the sluggish legs, but still had a season-low in point scored.

As long as Dwight Howard is sidelined rehabbing from back surgery, the Wizards are going to be a poor rebounding team just because they do not have the team effort to consistently take care of the glass. Against Indiana, Washington was outrebounded 57-37 including 16-6 on the offensive glass. Myles Turner had a career-high 17 rebounds and was complimented by Domantas Sabonis’s 10 and Thaddeus Young’s 9. Washington did not have anyone with more than seven rebounds (Bryant). The rebounding numbers are slightly skewed by the poor shooting night, but it seems like they do not take care of business with this aspect of the game unless they harp on it in practice the day before (as was the case on Friday before the Suns game).

Next Game: After returning to enjoy Christmas with their families, the Wizards will travel to the Motor City to face the Detroit Pistons on Wednesday.