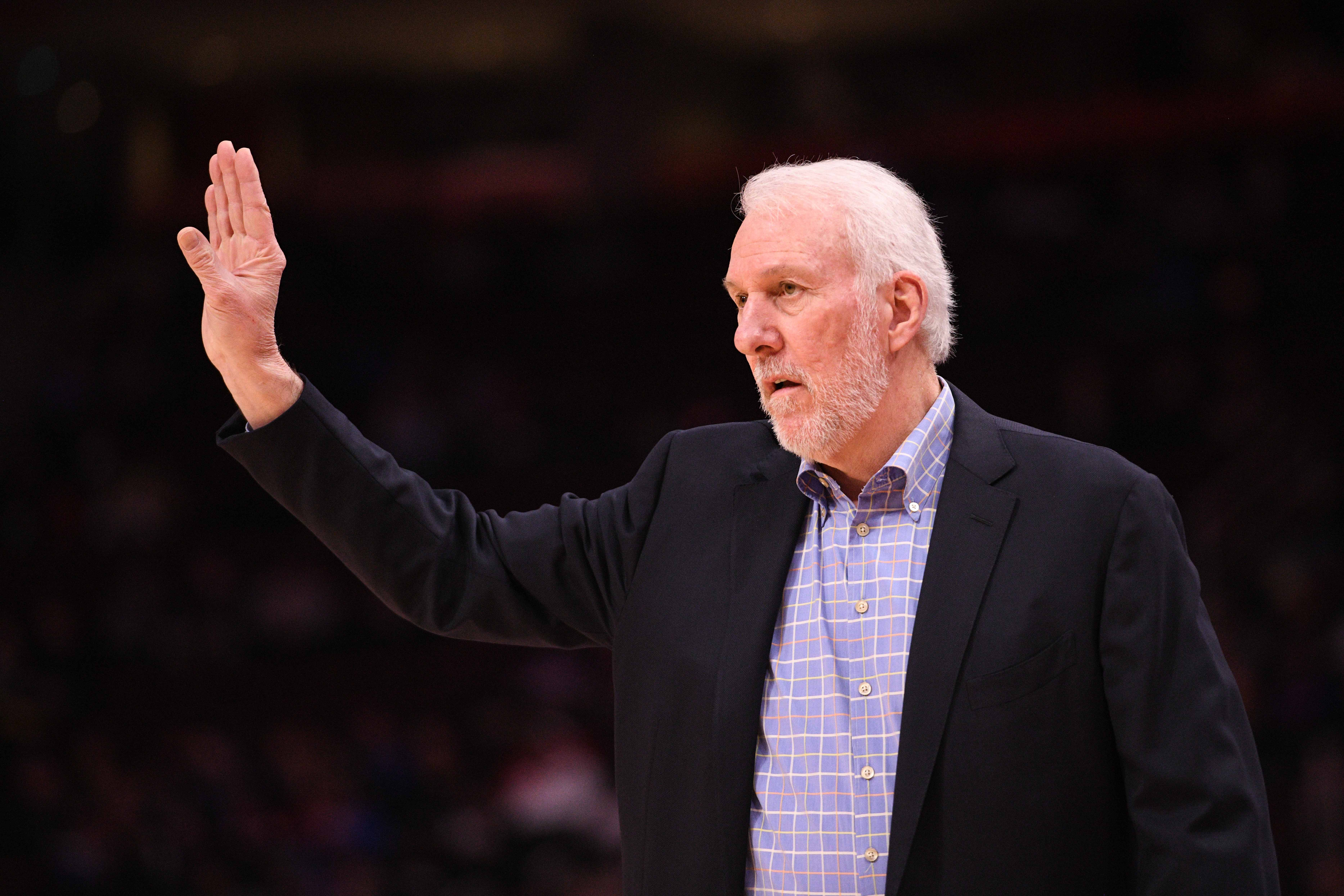 Spurs head coach Gregg Popovich will be turning 70 years old at the end of the month, so many are wondering if this could, in fact, be his final season.

Pop, after all, has won five NBA tittles, so he’s running out of room on his hands for championship rings. He still needs 138 wins to tie Don Nelson for most wins all time by an NBA head coach, but Popovich isn’t really yhe type to get caught up in that type of stuff. He’s not a record-chaser, and he’ll call it quits when he feels the time is right.

It’s starting to look like the time may be right, or is getting close, as the Spurs have been rebuilding in the wake of Kawhi Leonard, Tony Parker and Manu Ginobili all departing (or retiring, in Manu’s case). As such, he was asked about it by Marc Stein of the New York Times, and he did admit that he’s unsure if he’ll return to coach the team next season.

The front office sure isn’t trying to affect his decision, as Pop also stated that team president RC Buford said the following about it.

“He’ll coach as long as he wants to coach,” Buford said.

The Spurs are 26-20, and while they appear headed for the playoffs, this team is clearly a few years away from being in title contention. Pop has helped them rebuild, but it may be time for him to turn the young team over to a new leader going forward.  For the latests Spurs news check out SpursTalk.com