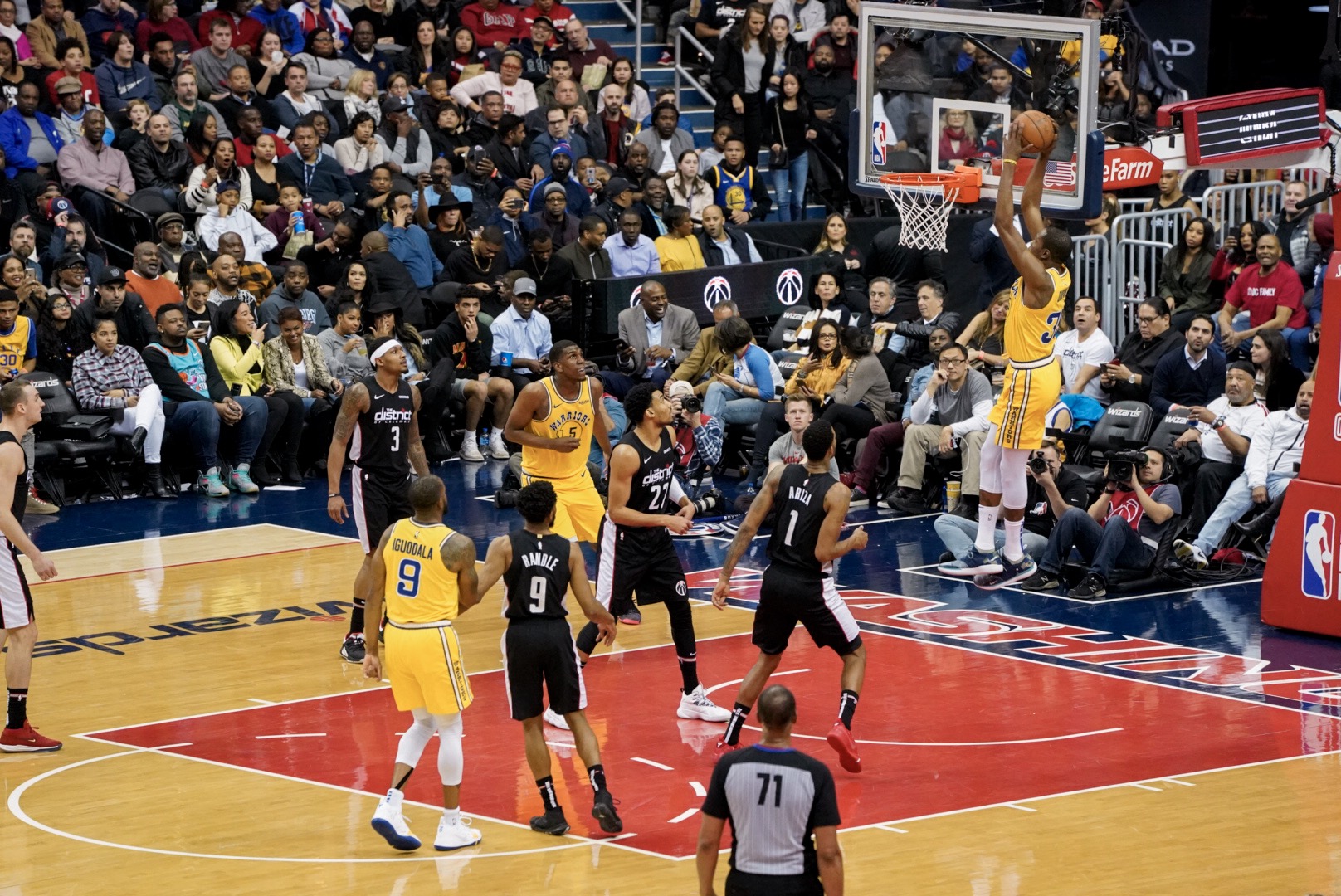 WASHINGTON, DC – In one of the most anticipated match-ups of the season at Capital One Arena, the Wizards battled the Warriors on Thursday night. Washington fell 126-118, with Steph Curry leading the way for the Warriors with 38 points.

“Got to take what the defense gives you,” Curry said. “I think for the most part we moved the ball early and got everybody established. And then the lane starts to open up, and you’ve got to take advantage of it some nights.”

For the Wizards, Trevor Ariza led the Wizards with 27 points, while Bradley Beal and Tomas Satoransky both added double-doubles.

Warriors Center, Demarcus Cousins had 17 points in 24 minutes in his third game with the Warriors since missing almost a full year with a ruptured left Achilles tendon.

“It’s not something we’ve really practiced a lot, so we kind of just threw it out there and tried to do it on the fly,” Cousins said of going inside so much. “We were successful in some moments and then we kind of got on top of each other and it got a little sloppy. I’m sure that’s something we’ll work on going forward.”

The Wizards (20-27) will have a quick turnaround, facing the Magic (20-28) on Friday in the second night of a back-to-back. Tip is set for 7:00 P.M. in Orlando in what will be an important game with the Magic only half a game behind the Wizards in the standings.