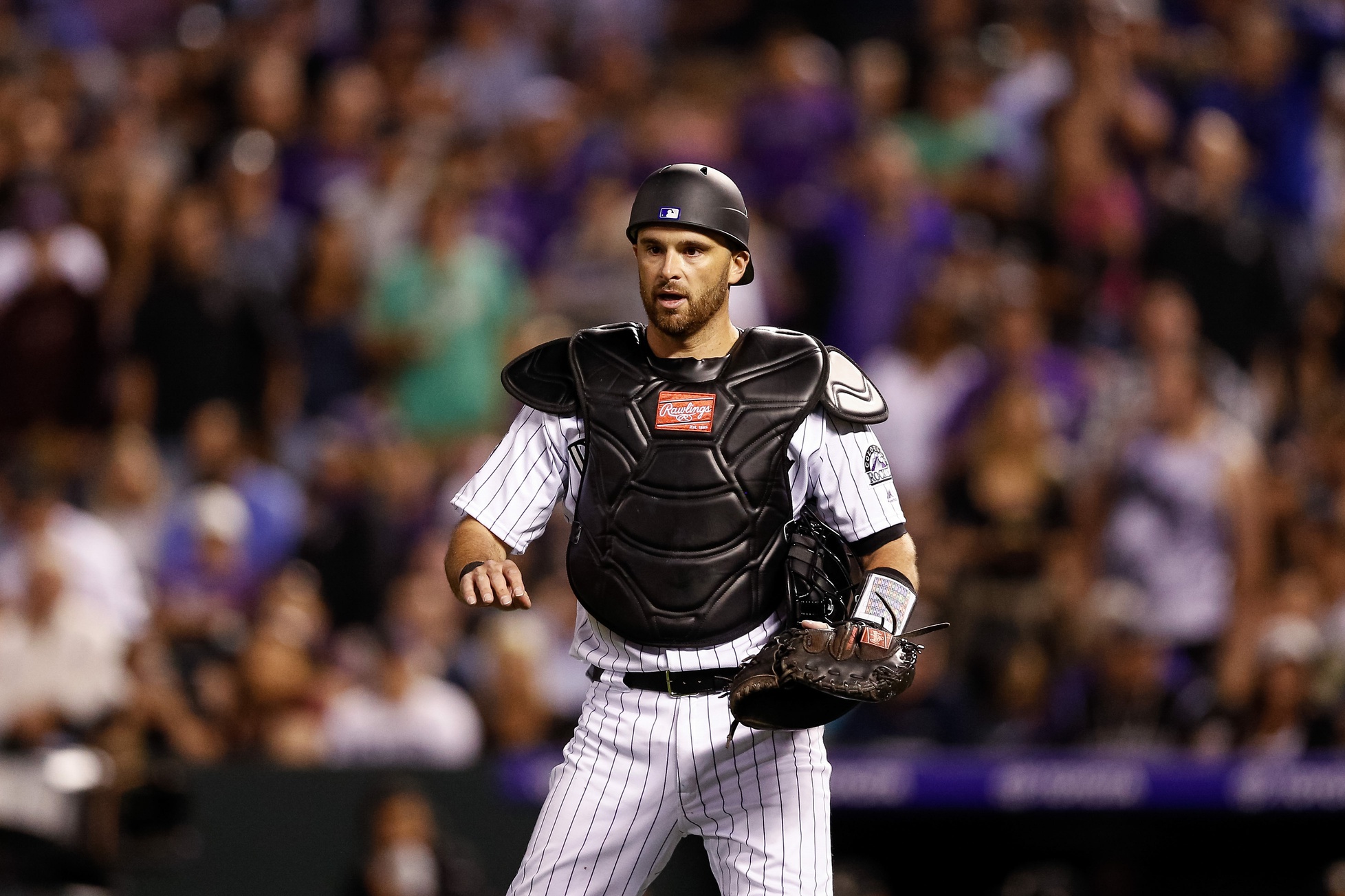 We’re all still sitting here twiddling our thumbs and whistling away while we wait for Bryce Harper or Manny Machado to decide whether or not they will sign with the Phillies. In the meantime, the Phillies are working on filling out spots on the roster and within the farm system in other ways. On Tuesday, the Phillies added free agent catcher Drew Butera on a minor league deal, as reported by Todd Zolecki of MLB.com.

The #Phillies have signed C Drew Butera to a minor league contract with an invitation to attend spring training.

Butera was traded from the Kansas City Royals to the Colorado Rockies last August, and he appeared in a total of 61 games between the two teams. The Rockies granted Butera free agency at the end of the season. The former fifth-round draft pick of the New York Mets has nine years in the majors with a career .201 batting average and a .991 fielding percentage. He is merely a body to stick on the field at this point in time.

The catcher position may still be an area of concern in 2019. Defensively, Alfaro and Knapp both had their weak moments last season, although Knapp was far more of a defensive liability when playing in place of Alfaro. Because of that, Butera could come out of spring training with a spot on the 40-man roster that heads to Philadelphia with a good showing in spring training.

In the long term and big picture, the catcher position should still be a position of need unless Alfaro proves to be reliable at the plate. The 25-year old is heading into his second season as the regular catcher and has some room to improve. If Alfaro plateaus or regresses in any way, the Phillies could once again be in the market for a possible upgrade at the trade deadline. There is still Marlins catcher J.T. Realmuto that is out there to be obtained with a trade, but the Phillies do not appear to be in pursuit at this time while the Braves, Dodgers, Reds, and Padres remain interested.

As things stand now with pitchers and catchers about to report to Clearwater, the Phillies have Jorge Alfaro and Andrew Knapp on the 40-man roster behind the plate. Wilson Ramos, who was acquired in a trade last season from Tampa Bay, was granted free agency and has signed with the Mets.