Nick Foles buys out of contract, will hit free agency and could sign with these NFL teams 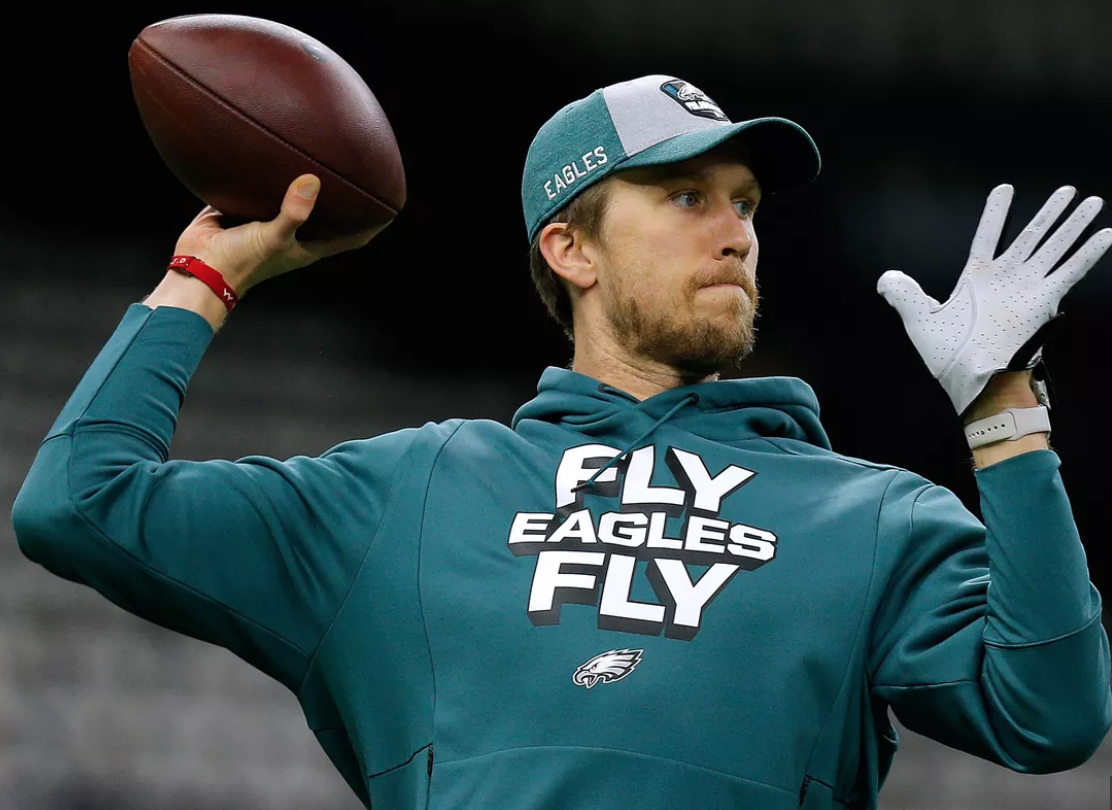 Nick Foles buys out of contract, will hit free agency and could sign with these NFL teams

The rumor mill began heating up for Eagles quarterback Nick Foles on Wednesday, as he officially elected to buy out of his contract, rather than playing out his $20 million player option. As such, Foles will be set to hit free agency next month, and he could finally receive the considerable payday he’s always been seeking, but never received.

Sources: #Eagles QB Nick Foles is, in fact, buying back his freedom for $2M, voiding the new and final year of his contract. Now, he’s a free agent… unless Philly hits him with the roughly $25M franchise tag.

Foles is 30 years old, and has led his team to playoff runs in back-to-back seasons, so he’s striking while the iron is hot, and understandably so. It didn’t make any sense for him to remain in Philadelphia to be Carson Wentz’s backup.

Still, the team could slap the $25 million franchise tag on Foles, but that seems unlikely, and would put the team in a tough position as it relates to building its roster/surrounding Wentz with talent on both sides of the ball.

So, at this point, it’s all about the potential landing spots for Foles, as a number of times figure to be in the mix. Keep an eye on two of the Florida teams for sure — Jaguars and Dolphins. Not only that, the Redskins, Bengals and Broncos could all make a play for him. We’ll soon find out.