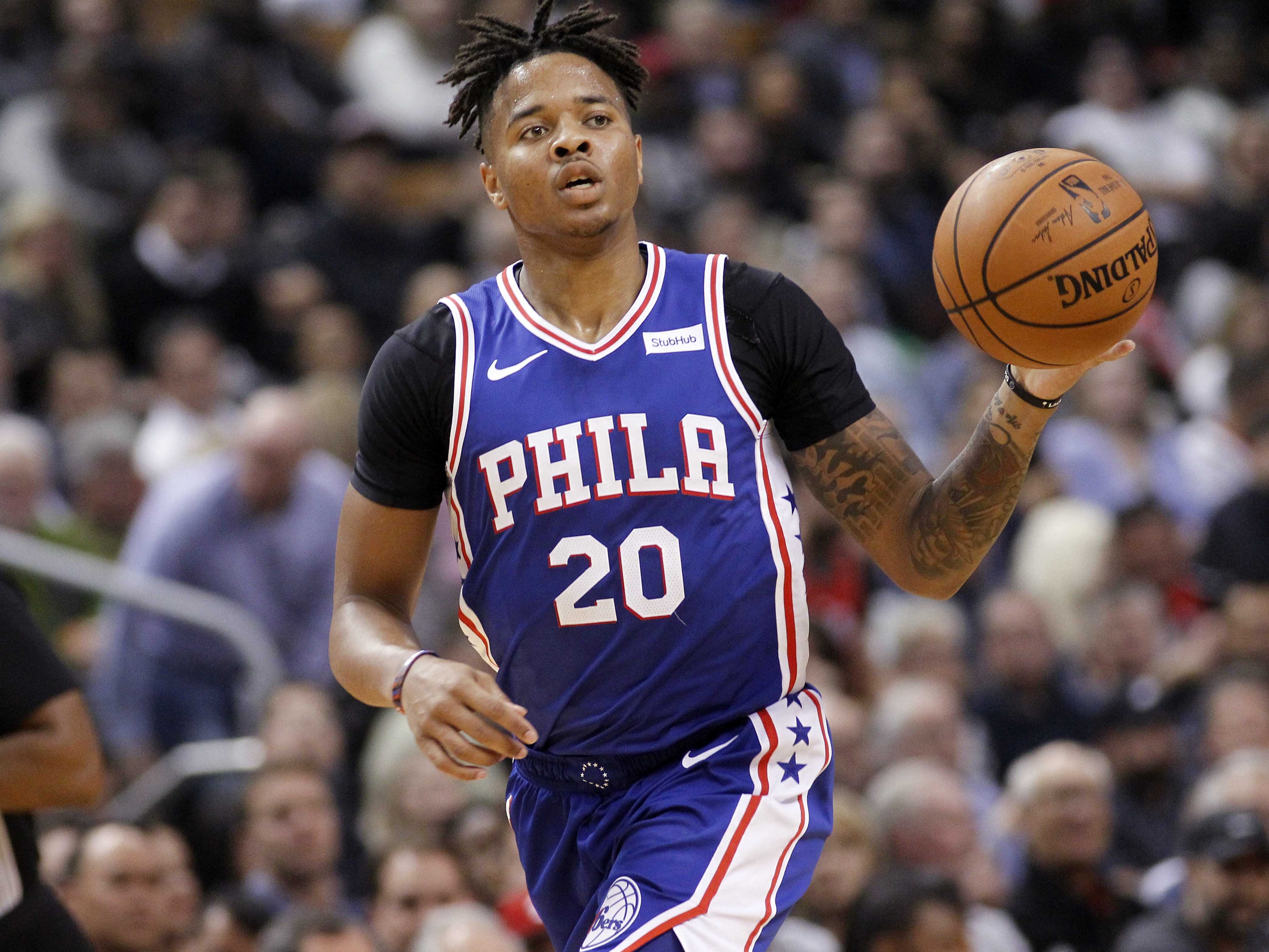 The NBA Trade Deadline has come and gone, and while it was not the most exciting deadline to date, there was still plenty of action.  Several players swapped teams and these trades may have an impact on which team holds the Larry O’Brien Trophy in June.  Now is a great time to start making NBA futures wagers and taking advantage of casino promotions to do so.  The Golden State Warriors remain the odds-on favorite to repeat as NBA Champions, but there may be some value bets like the Bucks and Raptors which could pay out nicely if those teams go on a successful post-season run.

Here are some highlights from the NBA Trade Deadline:

Carmelo to the Lakers?

The Los Angeles Lakers didn’t get their guy before the trade deadline hit, as Anthony Davis will be remaining with the Pelicans, at least until this summer.

But never fear, Lakers fans, as Los Angeles will likely be bringing in the next best thing: Carmelo Anthony!

Anthony and LeBron James are banana boat bros, and it’s no secret that the two have sipped plenty of wine and hung out together a number of times off the court. The Lakers need scoring, specifically wing players who can shoot from the perimeter to stretch the defense and open up the paint for James.

As such, Anthony figures to be a good fit for the Lakers, and even though he hasn’t played in a game in three months, he’s been working out, and appears to still be in good shape. The Bulls waived Anthony roughly one week ago, so the Lakers could potentially sign him in the buyout market.

And given the (2-for-1) trade the Lakers made with the Clippers on Thursday, sending Ivica Zubac and Michael Beasley for Mike Muscala in return, it’s now clear that the Lakeshow have an open roster spot, so they could finally sign Melo.

The Lakers plan to evaluate the full buyout market once it takes shape, but Carmelo Anthony is expected to be among the considerations too, league sources tell ESPN.

The Lakers may have struck out on Davis, but Anthony figures to give them some veteran leadership and added scoring, at least.

Chemistry between a point guard and big man is important, and Magic big man Mo Bamba is clearly aware of that, judging by his reaction to the Markelle Fultz trade on Thursday.

Fultz, the No. 1 overall pick in last year’s draft, has not played in a game since Nov. 19. The Sixers shut him down to injury, but likely also because his stock had dropped so much that they still wanted to get a solid haul if they were to trade him.

Sure enough, they did. The Magic gave up Jonathon Simmons, as well as a first and second-round pick, which seemed like a lot for a player that can’t even shoot free throws properly.

Bamba, however, welcomed his new teammate to Orlando, though — well, kinda. Check out his reaction to the Fultz trade on Instagram.

“Kelle: “Yo Mo you think I can uhhh crash at your place for a lil while?” Me: “Huh” 😂😂” was the caption that accompanied the post.

We can’t wait to see the two play together, although who knows when Fultz will actually be cleared to do so.

Lakers superstar LeBron James may be urging his teammates to stay off social media ahead of the trade deadline, but he may want to take his own advice, as he’s been doing quite the opposite.

James took to Instagram just minutes after his worst loss in a game during his entire career — with the Lakers losing to the Pacers by 42 points on Tuesday night — and that’s when he informed the world that he’s now scored 32,000 points, sitting fifth on the NBA’s all-time scoring list.

He wasn’t done there, either. James returned to IG just 24 hours later, and he brought the fire. He ranted about the Harrison Barnes’ trade — specifically how HB was traded in the middle of a game, while playing.

But that wasn’t all. Anthony Davis liked the post, too!

Davis, James and superagent Rich Paul have been trying to collude in order to pull off a blockbuster trade before Thursday’s deadline, yet LeBron is somehow upset about how trades go down. Too funny. 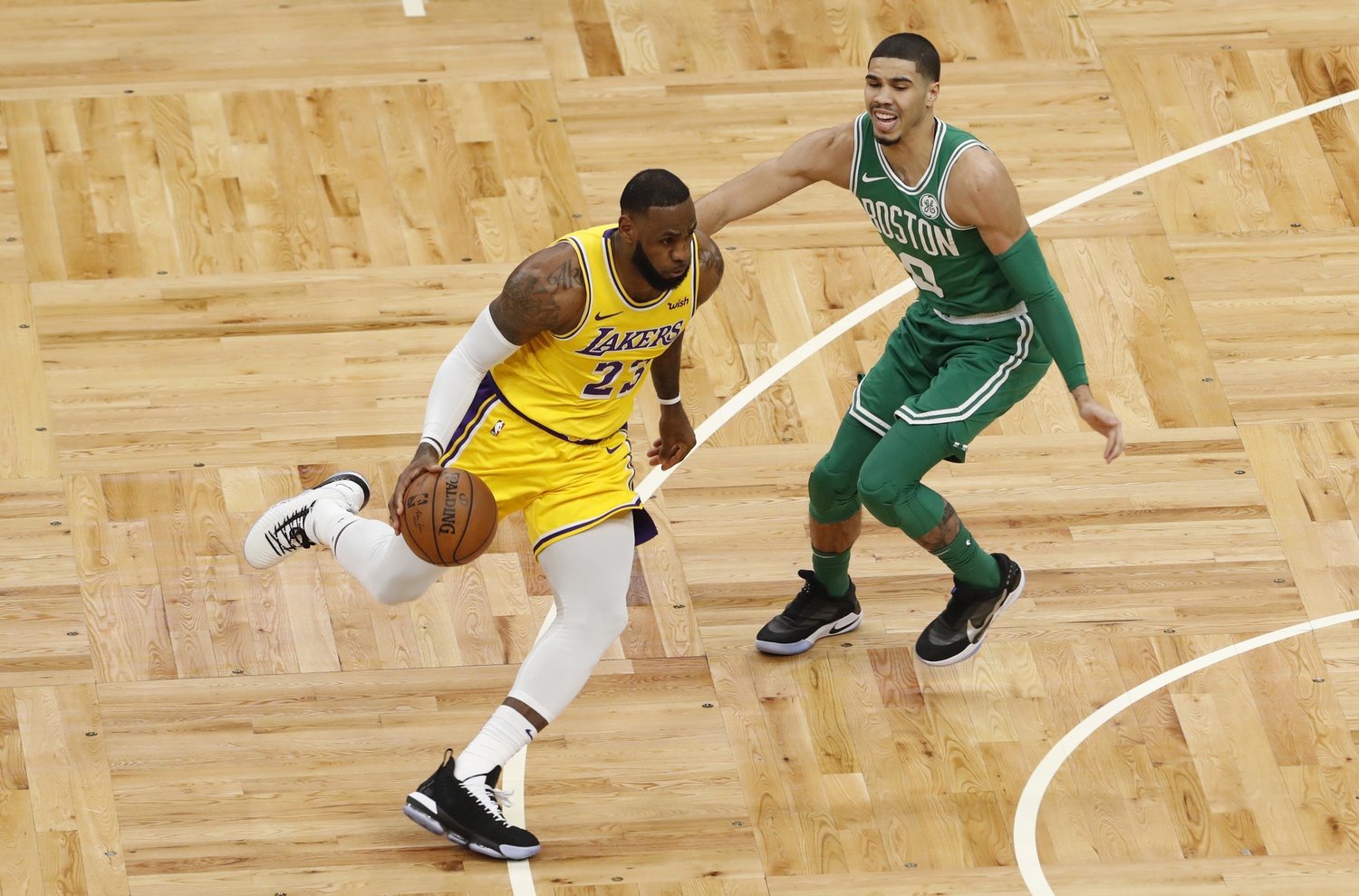 IN A NUTSHELL Soooooo…I wrote a lot of the first draft of this thinking the Boston Celtics would enjoy THE SWEET TASTE OF RIVAL BLOOD...