~BROZ gears up for Eagles draft 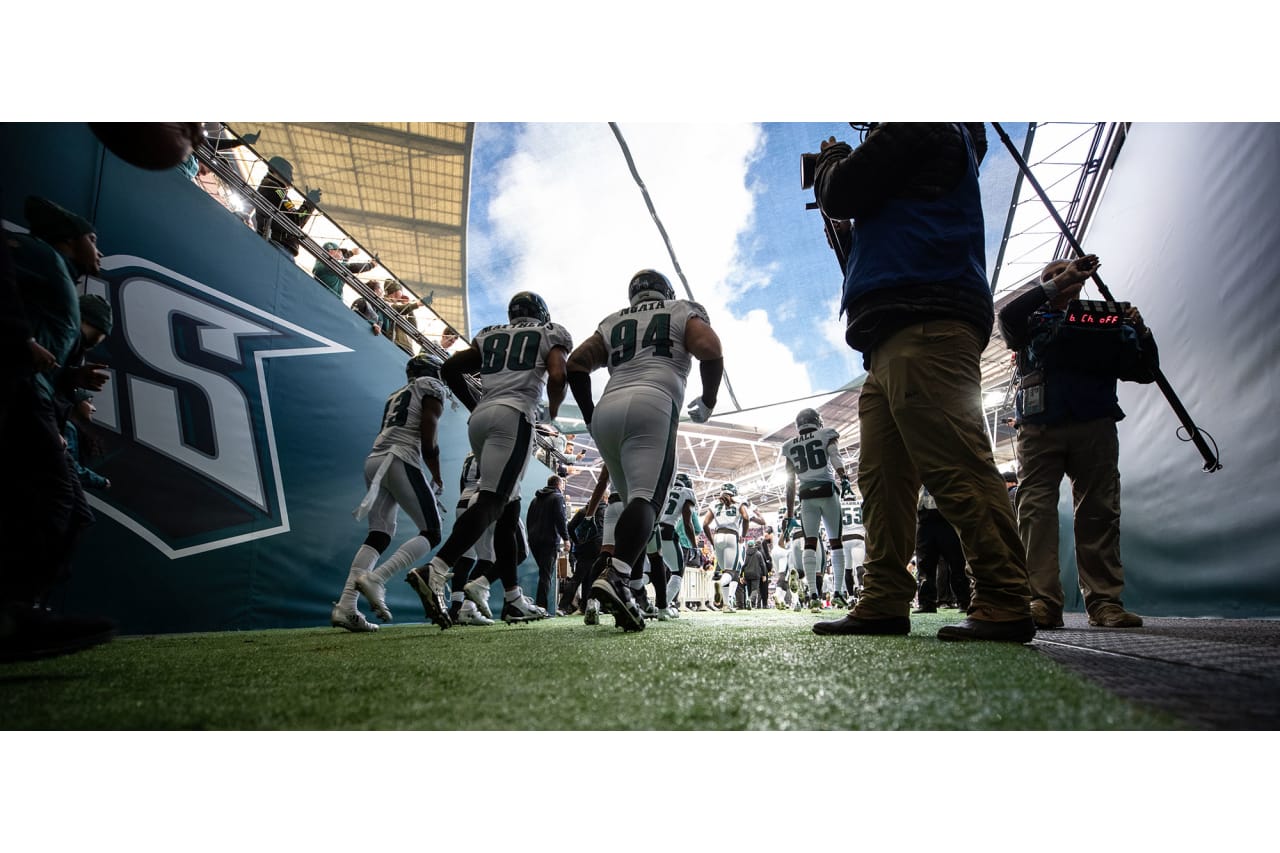 ~BROZ gears up for Eagles draft

It’s a new year NFL-wise, time to shine a light on what our resident draft analyst ~BROZ from Drafttek is seeing in his crystal ball for the Eagles.

It’s good to witness an alumnus of the Bored here getting his fair share of regional and national respect, as ~BROZ is now featured as one of Jimmy Kempski’s panelists in the PhillyVoice mock draft series.

If the Eagles hold unchanged at the #25 pick in the first round, this was ~BROZ’ original thinking, which has been revised due to an unfortunate injury to this young man:

“It feels like in every weekly CMD, the Eagles are selecting a different D-Lineman at this spot: Christian Wilkins one week, Jeffery Simmons the next, then Rashan Gary, etc. This tells me that unless there’s a run on linemen that lasts 10 or 12 straight picks, there’s going to be a great edge rusher or D-Tackle sitting there at 25 that would be a Top 10 or 15 pick in most drafts. The second thing this tells me is that if the Eagles are targeting the D-Line with their RD1 pick, I really see no reason for them to trade up this year. I mean, unless Josh Allen or Joey Bosa inexplicably slip into the teens (I’m busy Photoshopping smoky gas masks on both of them as we speak, then IMO the rest of the guys all have equal chances of being great NFL players…so just take whichever one slips to 25 and keep both of your RD2 picks!

“Before we get to the D-Tackle du jour I actually did pick (and reportedly tore his ACL during this writing), I’d like to mention a few guys at other positions that were major temptations at this spot. The Eagles don’t historically take RBs in RD1; however, Josh Jacobs sure is tempting this late in the round. His career should last longer than most RBs due to the limited mileage he’s been subjected to, and his dynamic skill set would surely benefit QB Carson Wentz’s effort to return to MVP form. The smooth, lightning-fast DJax-clone Marquise Brown was sitting there as well, and he would provide the deep threat this offense was missing in 2018. Lastly, with uncertainty on the O-Line, the talented tackle Greg Little was available as a potential Jason Peters replacement. In the end, however, the Eagles nab DT Jeffery Simmons here, in hopes that he teams with Fletcher Cox to form a duo that makes life miserable for opposing QBs. With 7 sacks and 30 TFL over the last two seasons, Simmons has the kind of explosion and visible power that could transform D.C. Jim Schwartz from a cranky, highly-irritable curmudgeon into a cranky, slightly-less-irritable curmudgeon.” – Broz, Eagles Analyst

“A few newsworthy events pertaining to the Eagles’ defense have materialized since the last CMD a week ago: 1) Safety Rodney McLeod agreed to a restructured contract, freeing up cap space and ensuring stability in the Eagles’ Safety corps, and 2) DE Chris Long, who most assumed was a goner, made remarks indicating he could be back next year. That’s good news, because while the Eagles’ defense was respectable last year (12th in NFL in PPG Allowed, 7th in Rushing YDS Allowed, 8th in league with 44 sacks), they rarely were game-changers.

“The defense suffered a sadistic amount of year-ending injuries which crippled the unit, but also gave some young guys in the secondary some valuable playing time. The fact that these emergency backups held Drew Brees and the Saints to 20 points in the playoffs proves that some hidden gems have been discovered. Assuming the guys on IR return (Derek Barnett, Jalen Mills, McLeod, etc), the Eagles’ defense could once again become a weapon, providing they can find another good pass rusher.

“Rashan Gary is one of the most interesting prospects in this draft. Going to Michigan as the unanimous top recruit in his class, he was one of the most heralded D-Line prospects in recent history. While Gary was very good for the Wolverines, his on-field production didn’t match the tremendous hype (9 sacks, 23 TFL in college career). Nevertheless, the ability, power, speed and raw tools are obvious. Gary’s name is frequently included in “Top 5 Players” lists, and while I would be leery of taking him that high, he is a steal at #25. The thought here is that NFL coaches will be able to unlock his potential and turn him into a pass-rushing, run-stuffing force that can play up and down a 4-man front in multiple packages. His potential is off the charts.”