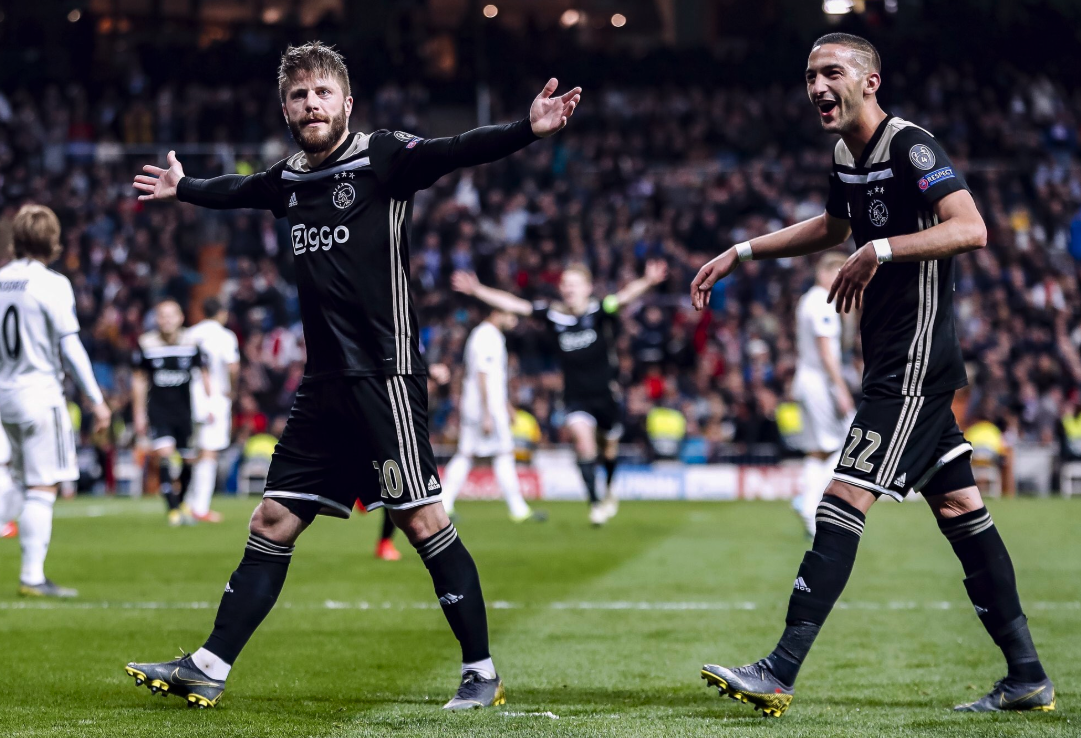 Ajax pulled off one of the biggest upsets in UEFA Champions League history in the second leg of their Round of 16 matchup against Real Madrid, and an unbelievable goal by Lasse Schone served as the dagger.

Real Madrid took a 2-1 lead into Amsterdam, and it looked as if the veteran squad would show their stripes and dictate the tempo in the second leg of the matchup.

That wasn’t the case, though. In fact, it was quite the opposite.

The young dutch squad came out firing right out of the gate, jumping out to a 2-0 lead at the half. A 70th-minute goal by Marco Asensio cut the aggregate deficit to 4-3, and made things interesting.

But Schone had other plans. He had a free-kick opportunity just two minutes after Asensio scored, from a very tough angle, where most players would’ve just served the ball into the box. He instead elected to shoot, and this was the result.

This Ajax Free Kick is the Best You will ever see. Real Madrid is finished. pic.twitter.com/m6nzUTLKQ3

What a goal, and what a win for Ajax.