Thomas Bryant bounces back for the Wizards after some frustration 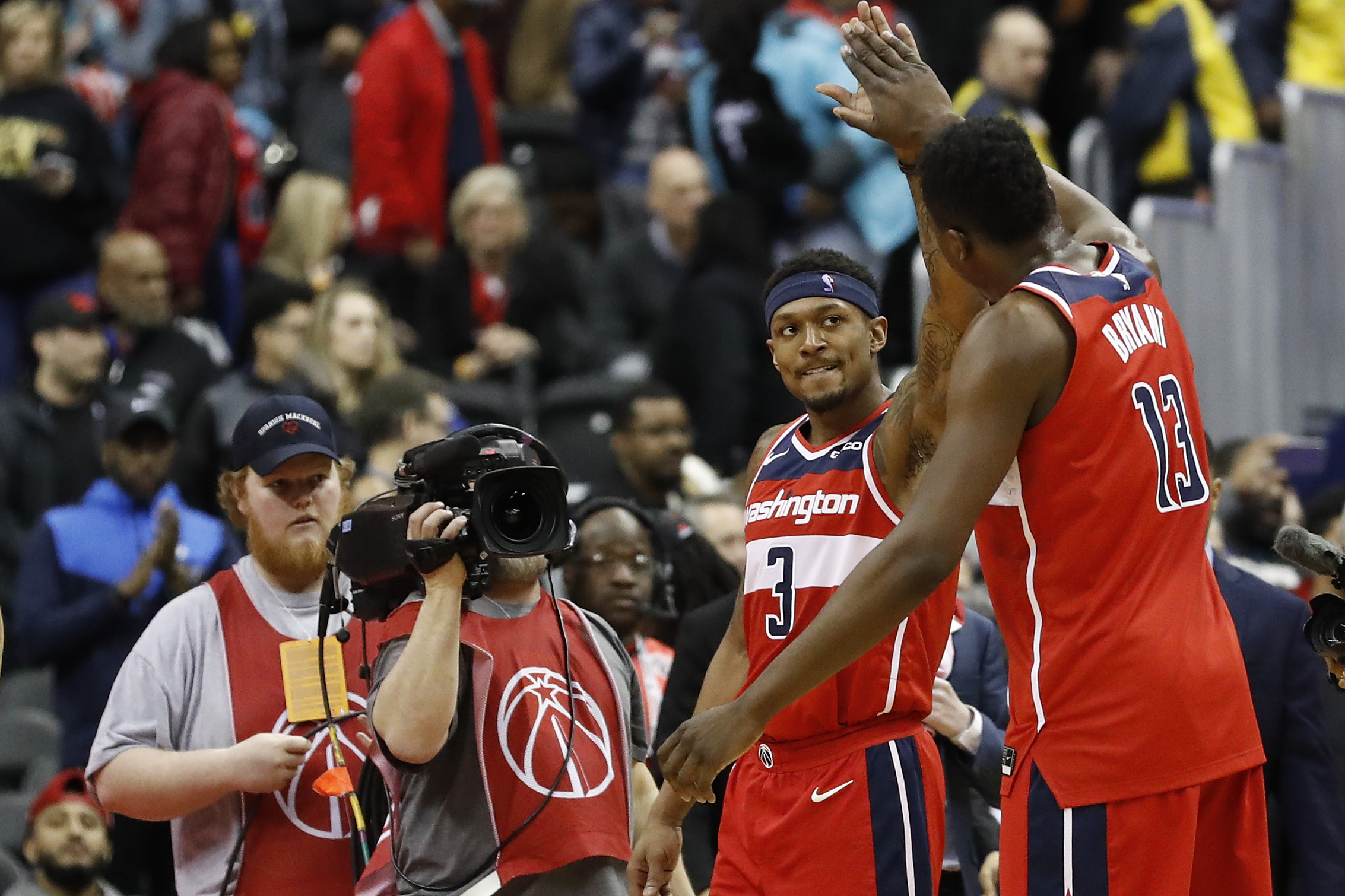 Thomas Bryant bounces back for the Wizards after some frustration

The Washington Wizards push to make the playoffs did not progress very much on Wednesday despite picking up a win on the No. 9 seed Orlando Magic. The Miami Heat, who are currently clinging onto the last playoff spot in the Eastern Conference, had a thorough win over the Detroit Pistons to keep a 3.5 game lead over the Wizards. Scott Brooks maintains that Washington will never stop fighting because of the type of guys they have on the team. It is a cliche because obviously all the players want to win, but there is a hint on genuity. Bradley Beal is a guy that absolutely hates to lose. I am starting to learn that Thomas Bryant is the same way.

Against Sacramento on Monday, Bryant had just two points in 14 minutes of play and did not make a shot from the field. The second-year player was not even able to record a rebound and had his playing time limited in favor of Bobby Portis. The 21-year old was not so much upset that he did not get as many minutes, but more so that he was letting his team down with the underwhelming performance. As a result, Bryant sought out head coach Scott Brooks after the team’s Tuesday practice eager to right his down game.

“The thing I loved about it is we met yesterday and he was frustrated,” Brooks shared after Wednesday’s win. “I like guys that care and are bothered by it when they play bad. I don’t want it to just role off your back and not a big deal, and we play another game tomorrow. No he should care, it should bother you, it should hurt. And it bothered him. The first thing he said is, ‘Coach I’m not happy with the way I played’, and he used a few words I should not discuss but I agreed with him. But he came back and bounced back and played well tonight. Bobby [Portis] and TB, whoever plays well gets the extra minutes.”

The soon to be restricted free agent rebounded in a big way against Orlando. In 25 minutes of play, Bryant scored 21 points, second most in the game, on 9-of-12 shooting from the field, grabbed 10 rebounds, and blocked two shots. Recording his ninth double-double of the season, Bryant helped lead the bench unit to one of its most productive game’s of the season.

“It helped a lot,” Bryant explained about his meeting with Brooks. “I went up to him after practice and I just wanted to figure out because I felt like I was playing horribly the last couple of games. I obviously saw it myself and I know Coach Brooks saw and I just wanted to see what I can clear up and just try to help the team out, help myself out, just help him out as well… Just taking more initiative on the defensive end, don’t work, just putting too much stress on myself. We’re really big perfectionists so I try to make everything perfect and he told me to just relax and play the game. You go through funks sometimes, don’t let it get you down.”

The always energetic center had plenty of help from his fellow backups that helped win Washington the game. Jabari Parker had another big offensive performance with 19 points on 9-of-12 shooting and nine rebounds. The former No. 2 pick’s best shot of the night was at his former team, but Chicago’s loss is Washington’s gain to the tune of an extremely efficient scorer thus far. Fresh off of 28 points for the Capital City Go-Go on Tuesday, Chasson Randle dropped 13 points on 5-of-7 shooting and 3-of-5 from deep on Wednesday. With the non-Bradley Beal starters only scoring 18 points on 6-of-30 shooting, Washington got the pick me up they desperately needed from their reserves.

Jabari Parker with the shade: “I wasn’t good enough to play on the Bulls.” pic.twitter.com/Lbg0tQpPLC